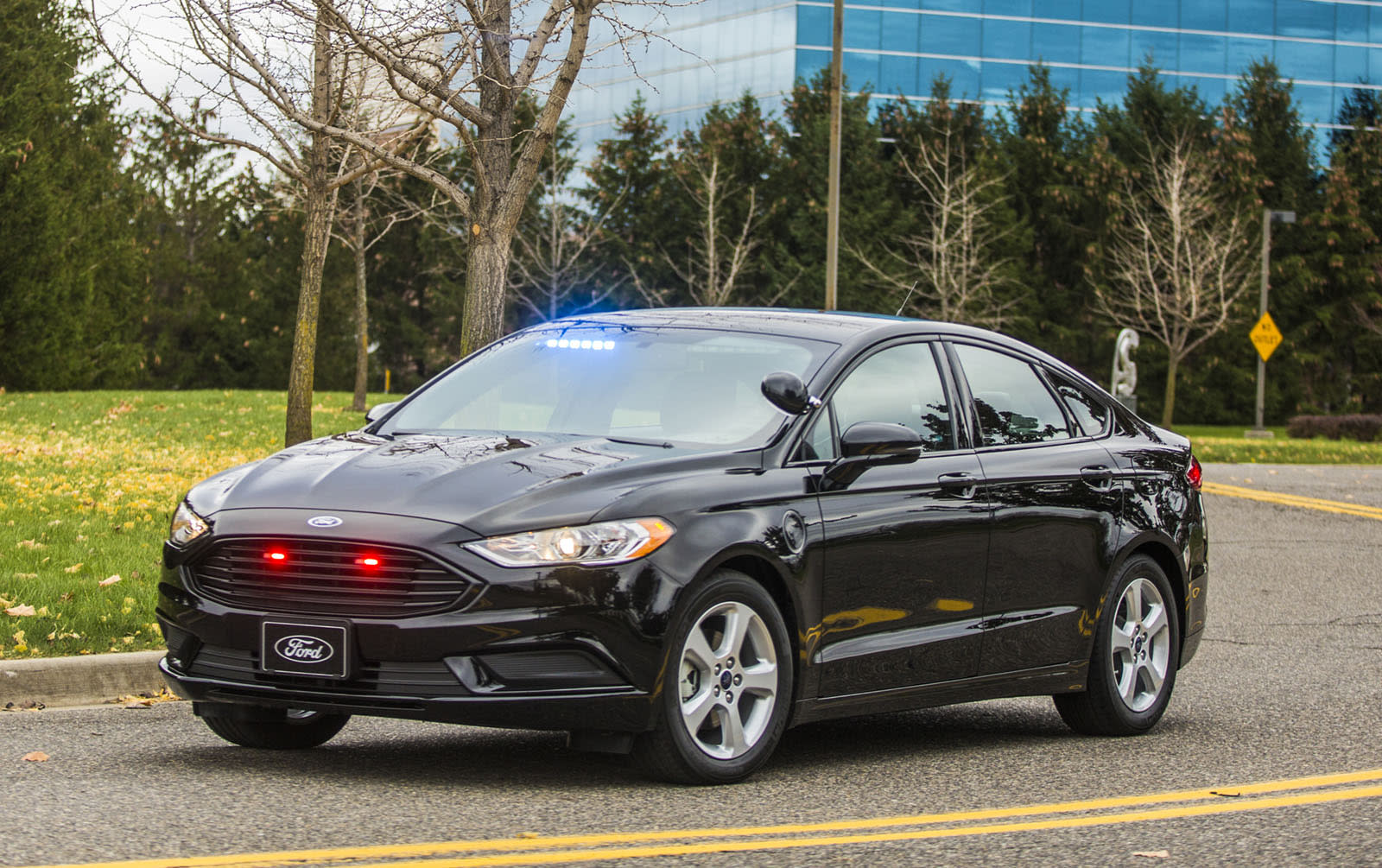 Ford has already got the "speed" part down for hybrid police cars with its Police Responder Hybrid pursuit car, but now it's focusing on the economy side. It just launched its first-ever plug-in hybrid aimed at police and government officials for "non-pursuit" duties, called the Special Service Plug-In Hybrid Sedan. "This is the first Ford police vehicle that can potentially get through an entire shift without using any gasoline whatsoever," said Ford brand manager Stephen Tyler.

Based on the Fusion Energi SE plug-in hybrid, the model is equipped with a 7.6 kWh battery that can be charged in 2.5 hours on a 240 volt charger, or overnight on a 120 volt home system. On a full charge, you can travel up to 21 miles and hit 85 mph, after which the gas engine kicks in, boosting range to up to 500 miles. The vehicle is aimed, however, at employees "whose jobs don't require a pursuit-rated vehicle," Ford says.

Ford has a fairly limited EV and plug-in hybrid selection compared to rivals like Nissan and GM. Recently, however, it unveiled plans to launch up to 13 electrified vehicles by 2020 and invest $4.5 billion in total. Most automakers have now committed to heavily electrified vehicle roadmaps, even previous holdouts like Toyota and Mazda. Ford will start taking orders for the Special Service Plug-in Hybrid next month and ship them out in the summer of 2018.

In this article: Ford, gear, Hybrid, Plug-inHybrid, SpecialService, transportation
All products recommended by Engadget are selected by our editorial team, independent of our parent company. Some of our stories include affiliate links. If you buy something through one of these links, we may earn an affiliate commission.