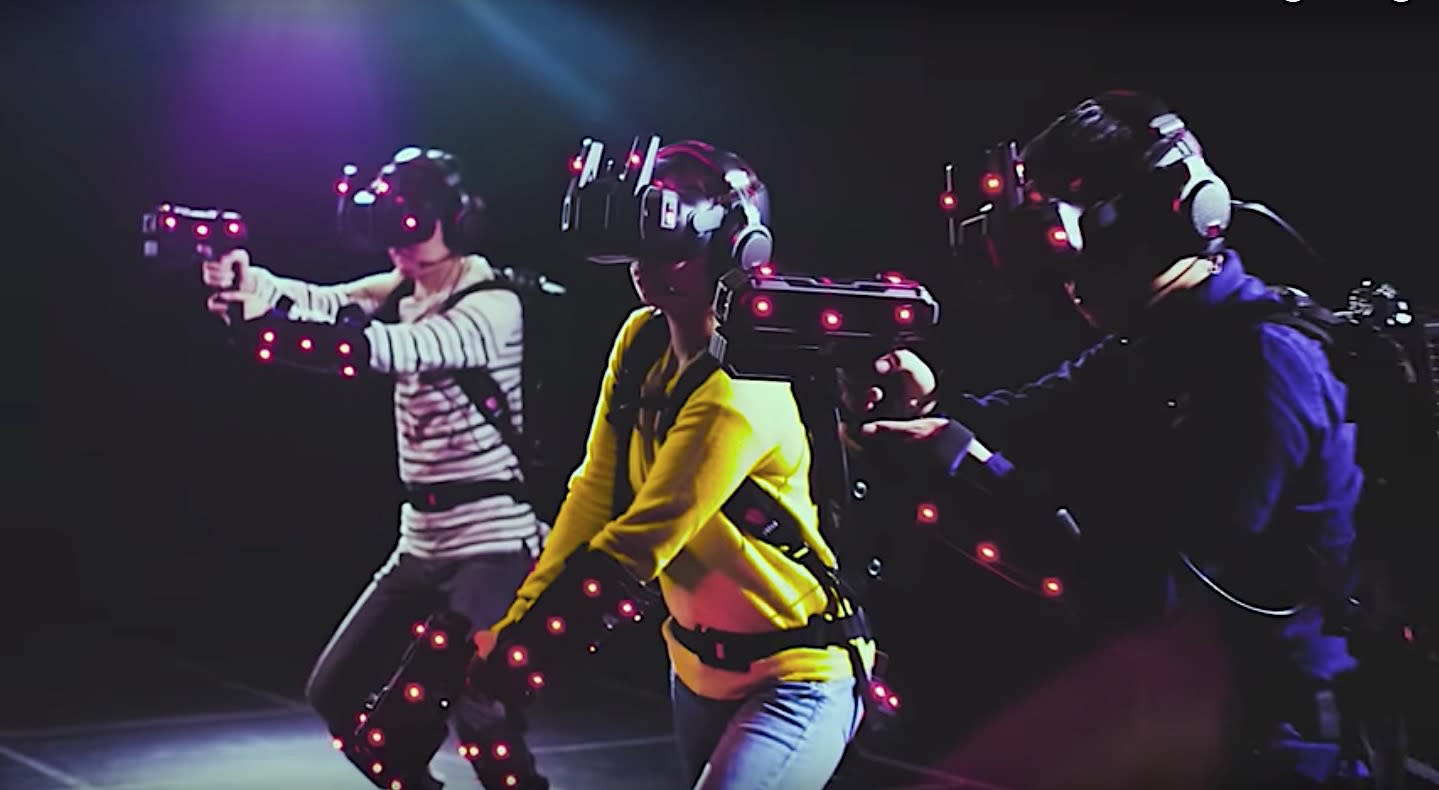 For everybody that's watched Ghost in the Shell and thought to themselves, "yes, I too would like to experience tearing tanks apart with my bare hands," your day has come. Well, sort of. After a four-month delay, Bandai Namco's VR Zone Shinjuku is finally ready to launch its Ghost in the Shell: Arise Stealth Hounds game with large-space full-body tracking.

The game is set on a 20m x 12m flat arena with the eight players split evenly into teams of four. Each competitor wears a modified HTC Vive headset plus MSI's VR One PC backpack as well as VR markers on their wrists, ankles and hips. The room's optical motion tracking system uses these markers to translate the user's movements into the VR experience. And while there aren't any physical objects in the arena for the players to navigate, their headsets generate a virtual maze of obstacles that they must overcome.

Users will play as a rookie member of Major Kusanagi's strike force on a mission to eliminate enemy combatants. In addition to running, ducking and jumping through the virtual halls, players will be able to exploit special powers like optical camouflage and cyberbrain hacking to complete their missions (fingers crossed for superhuman tank-tearing strength). The game opens to the public on December 9th.

In this article: av, bandainamco, gaming, htc, htcvive, msi, vive, vr, vrone, vrzone
All products recommended by Engadget are selected by our editorial team, independent of our parent company. Some of our stories include affiliate links. If you buy something through one of these links, we may earn an affiliate commission.