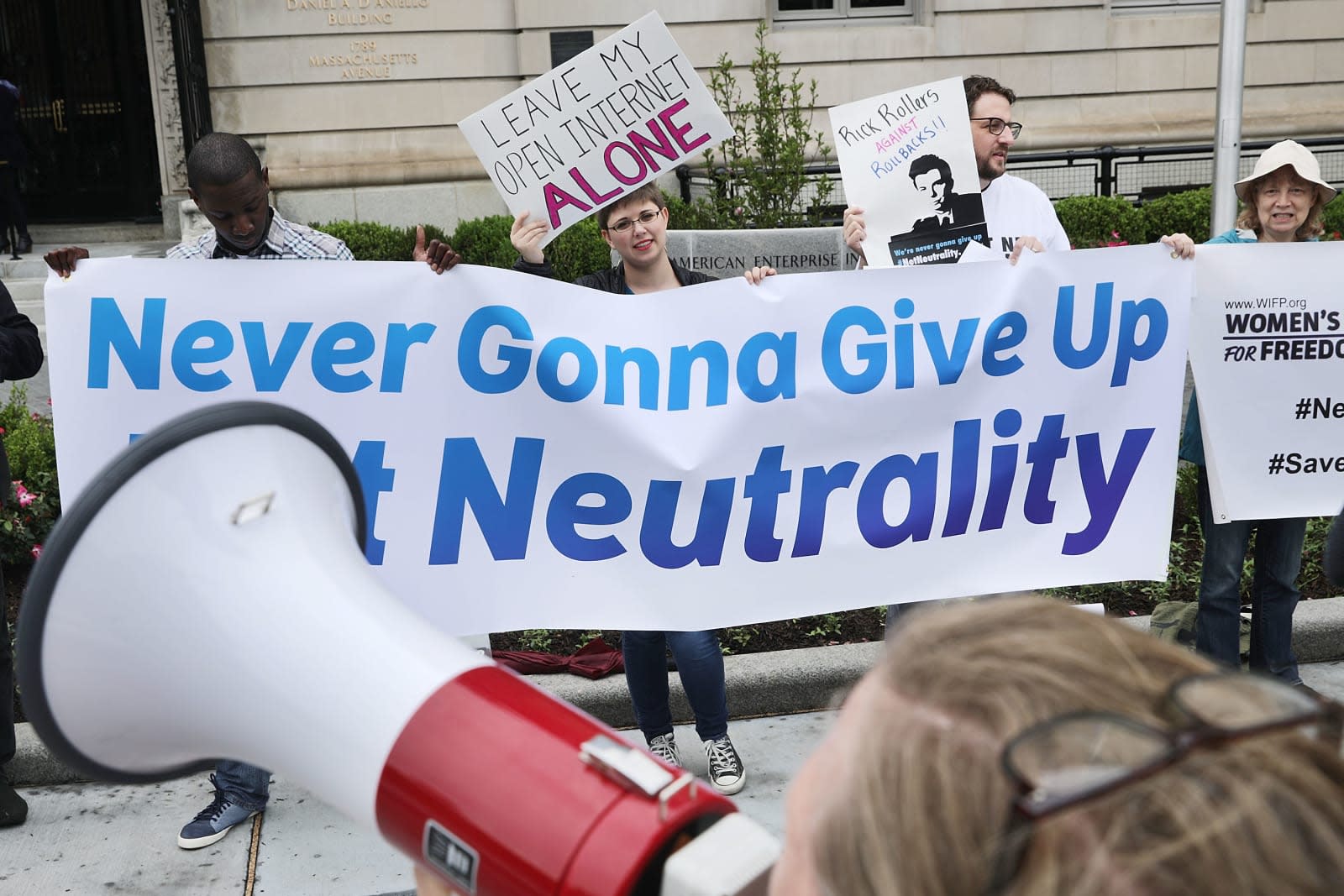 It's no secret that bots flooded the FCC with comments supporting its plans to kill net neutrality. But just how many comments were fraudulent? All too many, according to data scientist Jeff Kao. He recently conducted a study that used natural language processing to conclude that "at least" 1.3 million of the anti-net neutrality comments were fakes originating from a central source. They appear to have come from a giant mail merge that made the messages appear superficially unique, but was really just swapping in synonyms for what was clearly the same core statement. The language sounds familiar, too, mimicking that of a giant telecom or lobbying group than everyday people.

The actual number of fake grassroots (aka astroturfing) comments is likely to be considerably higher, Kao added. Out of 22 million total comments, only 800,000 appear to be genuinely original -- and 99 percent of them support net neutrality. There were form letter campaigns on both sides, but anti-neutrality comments were more likely to be duplicates and submitted in large blocks that suggested targeted spamming efforts instead of real submissions from concerned Americans.

The ratio isn't completely surprising, but it does make the FCC's refusal to cooperate with fraud investigations that much more disconcerting. There's now stronger evidence that a pro-telecom entity was trying to manipulate the comments in a deceptive manner, but it seems likely that the FCC will do nothing to address this or prevent it from happening again. The FCC's spokesperson has even tried to flip the argument, claiming that 7.5 million pro-neutrality comments came from a "fake email generator website." Even if that's true, real public input appears to be meaningless at the FCC -- for now, the spam bots are winning.

In this article: astroturfing, bot, bots, fcc, gear, government, internet, netneutrality, politics, regulation, spam
All products recommended by Engadget are selected by our editorial team, independent of our parent company. Some of our stories include affiliate links. If you buy something through one of these links, we may earn an affiliate commission.