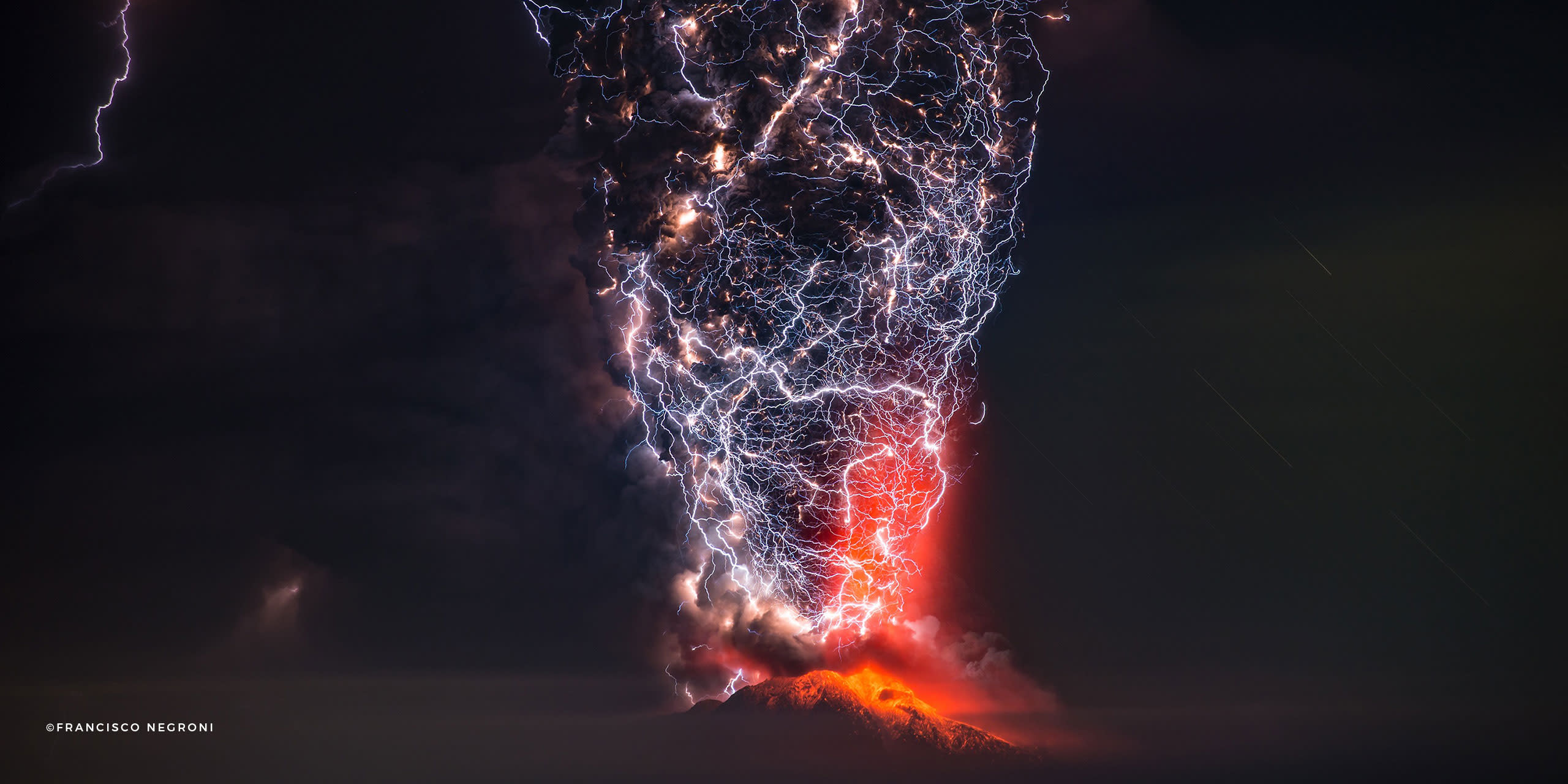 Catching lightning in a volcanic bottle