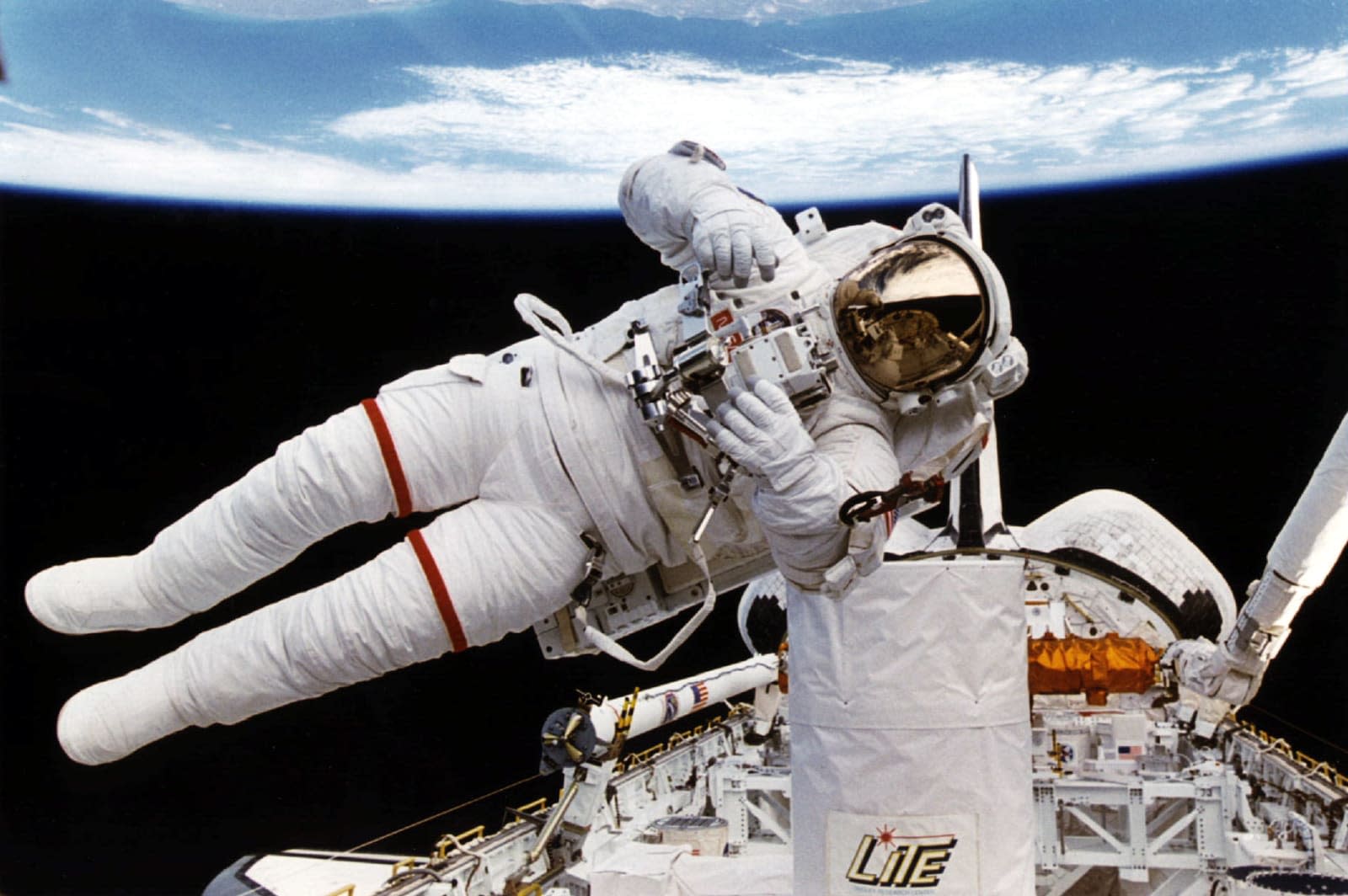 The greatest fear for many astronauts is to get lost or disoriented during a spacewalk, especially if it's untethered. How do you get back to safety with no sense of direction, little to no help and a limited supply of oxygen? Researchers at Draper might offer a lifeline. They recently applied for a patent on a self-return feature in spacesuits that would automatically navigate back to the astronaut's home ship. A spacefarer in a panic could just slap a button and know they would get back to the airlock.

The trick is to equip the suit with sensors that track motion and position relative to that of a relatively stationary object like a spacecraft, with alternative methods if one system or another doesn't work. Since GPS isn't exactly viable in space, it could use star tracking or vision-boosted navigation to get bearings. Draper is hoping for an autonomous system that would trigger thrusters all on its own, but it's open to the possibility of a manual system that uses an in-visor display and sensory cues to guide astronauts homeward.

This is only a patent, and it isn't guaranteed to go into space any time soon. However, NASA has been backing Draper's research -- it's interested in advancing spacesuit design. And as Draper notes, the basic ideas behind this could still be helpful for anyone in a suit who needs an urgent trip home, whether it's a deep sea diver or a firefighter in the middle of a burning building.