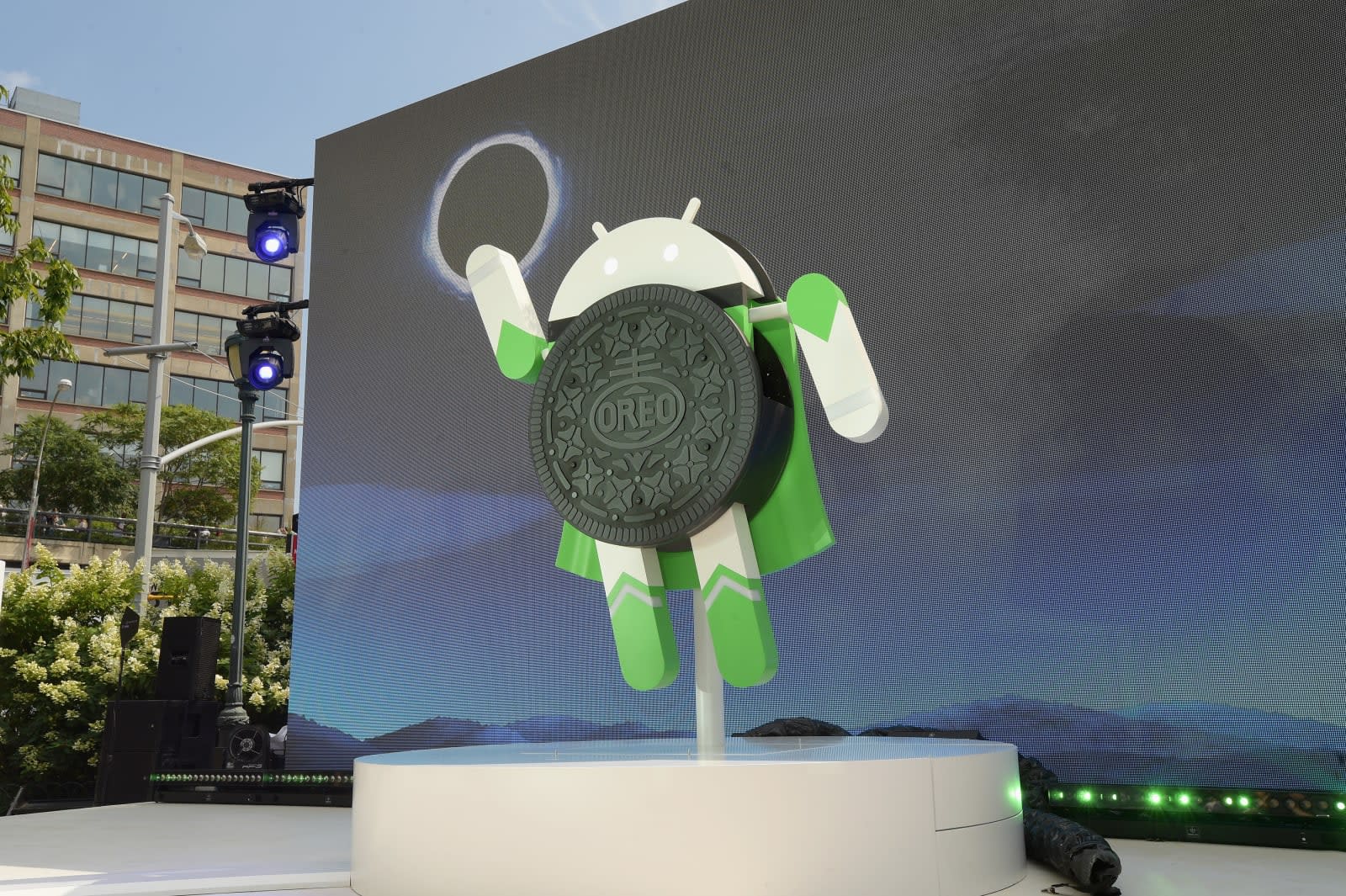 As promised, Android 8.1 is ready to reach the masses. Google has started pushing the new mobile operating system to Nexus and Pixel devices, and expects to complete the rollout over the next week. Naturally, it's also posting the source code. The biggest tangible improvement should be for low-cost Android Go phones aimed at developing markets, but there are plenty of important improvements -- particularly if you have a Pixel 2.

If you have one of Google's latest handsets, 8.1 unlocks the Pixel Visual Core chip so that third-party apps can take advantage of the Pixel 2's AI-powered photography. In theory, any app that uses the standard Android camera platform can take richer photos and spare you from having to switch apps.

You don't need one of the newer phones to see the other benefits. Android 8.1 includes a neural network toolkit that lets apps run TensorFlow Lite and other AI frameworks on-device, instead of leaning on a distant server. Apps can make better use of autofill forms, and there's an obligatory round of bug fixes.

When other devices get Android 8.1 is up in the air. Many major Android phone makers are only just testing 8.0 updates, and they might not want to delay things further by evaluating 8.1. In some cases, you may stand a better chance of getting 8.1 through a brand new device.

In this article: android, android8.1, androidgo, androidoreo, aosp, gear, google, mobile, nexus5x, nexus6p, pixel, pixel2, pixel2xl, pixelvisualcore, smartphone
All products recommended by Engadget are selected by our editorial team, independent of our parent company. Some of our stories include affiliate links. If you buy something through one of these links, we may earn an affiliate commission.