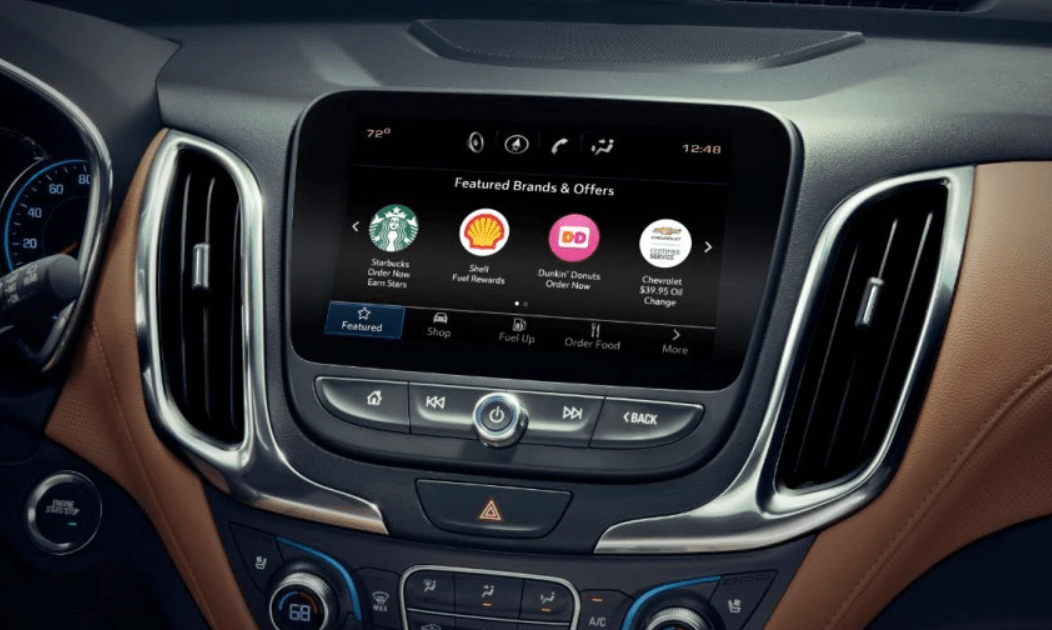 As more cars roll off production lines with WiFi and LTE capabilities as standard, brands are falling over themselves to find ways to monetize this connectivity. Jaguar and Shell have partnered for in-car fuel payments, while BMW and Ford are bringing Alexa to your dashboard. Now, General Motors (GM) has unveiled a new on-board marketplace where drivers can buy coffee and gas, and make restaurant and hotel reservations, without getting out of their car.

The GM Marketplace will be automatically uploaded to around 1.9 million 2017-and-later models immediately, with four million vehicles across the Chevrolet, Buick, GMC and Cadillac brands getting it by the end of 2018. GM stands to get an "undisclosed" amount of revenue from merchants on the marketplace, which include the likes of Starbucks, TGI Fridays, ExxonMobil, Parkopedia and Priceline.com.

GM's vision, presumably, is that people will use their car dashboards, rather than their smartphones, for "on the road" transactions. But commuters still need to wait in a drive-thru to pick up their morning coffee, whether they purchase it with their phone, car or by shouting their request into a speaker. Ditto gas. You'll still have to line up and pump the gas yourself, however it's been purchased.

And while the company says the platform has been designed with driving safety guidelines in mind, your eyes are still off the road whether you're putting your coffee order into your phone (which you're probably more familiar with and offers access to more apps) or your car's infotainment system. So it's hard to see what value the marketplace brings to the table at this stage. But in-car connectivity like this represents a fledgling -- and potentially hugely lucrative -- market, so we can expect similar efforts from other manufacturers looking to get in on the action too, even if it's not yet clear exactly what that action is.

In this article: BMW, Buick, Cadillac, Chevrolet, connectivity, dashboard, Ford, general motors, GM, LTE, marketplace, purchases, smartphone, transactions, transportation, Wi-Fi
All products recommended by Engadget are selected by our editorial team, independent of our parent company. Some of our stories include affiliate links. If you buy something through one of these links, we may earn an affiliate commission.