A year after virtual reality’s big debut, there are a lot of options to choose from.
D. Hardawar|12.06.17
@devindra

It's crazy to think how far VR has come over the past few years. While the technology made its big consumer debut in 2016, with the launch of the Oculus Rift, HTC Vive and PlayStation VR, we also spent plenty of time anticipating its arrival. It promised to be the biggest technological shift since the rise of smartphones -- and potentially since the dawn of the internet.

This year, VR headsets got cheaper, simpler (especially with Microsoft's new Mixed Reality platform) and more worthwhile, thanks to the launch of new immersive titles like Rez Infinite. We've gone from having too few VR options to having too many. These are the best. You don't need an expensive computer or PlayStation 4 to dip your toes into virtual reality. If you have a compatible Android smartphone, you can also choose from Google's Daydream View or Samsung's Gear VR. Thanks to a bit of help from Oculus, Samsung enjoyed a big head start in this arena. The Gear VR has been around since 2015, and it's steadily evolved alongside the company's smartphones.

This year, Samsung finally released a motion controller for the Gear VR, which impressed us with its accurate tracking and comfortable design. It also costs just $40 on its own, making it a no-brainer upgrade for anyone who already owns Samsung's headset. (You can get the Gear VR and controller together for $140.) While Google launched the Daydream View with a controller before Samsung, the Gear VR's version is better overall. In particular, it has a trigger button, which is essential for interacting with virtual reality environments.

Unfortunately, the Gear VR still only works with Samsung smartphones, so it's not the best option if you've recently upgraded to another model. The main advantage with Google's Daydream platform is that it supports multiple phones: In addition to the Pixel phones, it also works with the Moto Z and Z2, LG V30, and a few others. If you own a Galaxy S8, S8+ or Note8, though, you can choose between either VR platform.

While you'd have a good experience with the Gear VR and Daydream View, if you have the option, we'd recommend sticking with Samsung's platform. It has not only a better controller but also a larger software library, thanks in part to some help from Oculus. 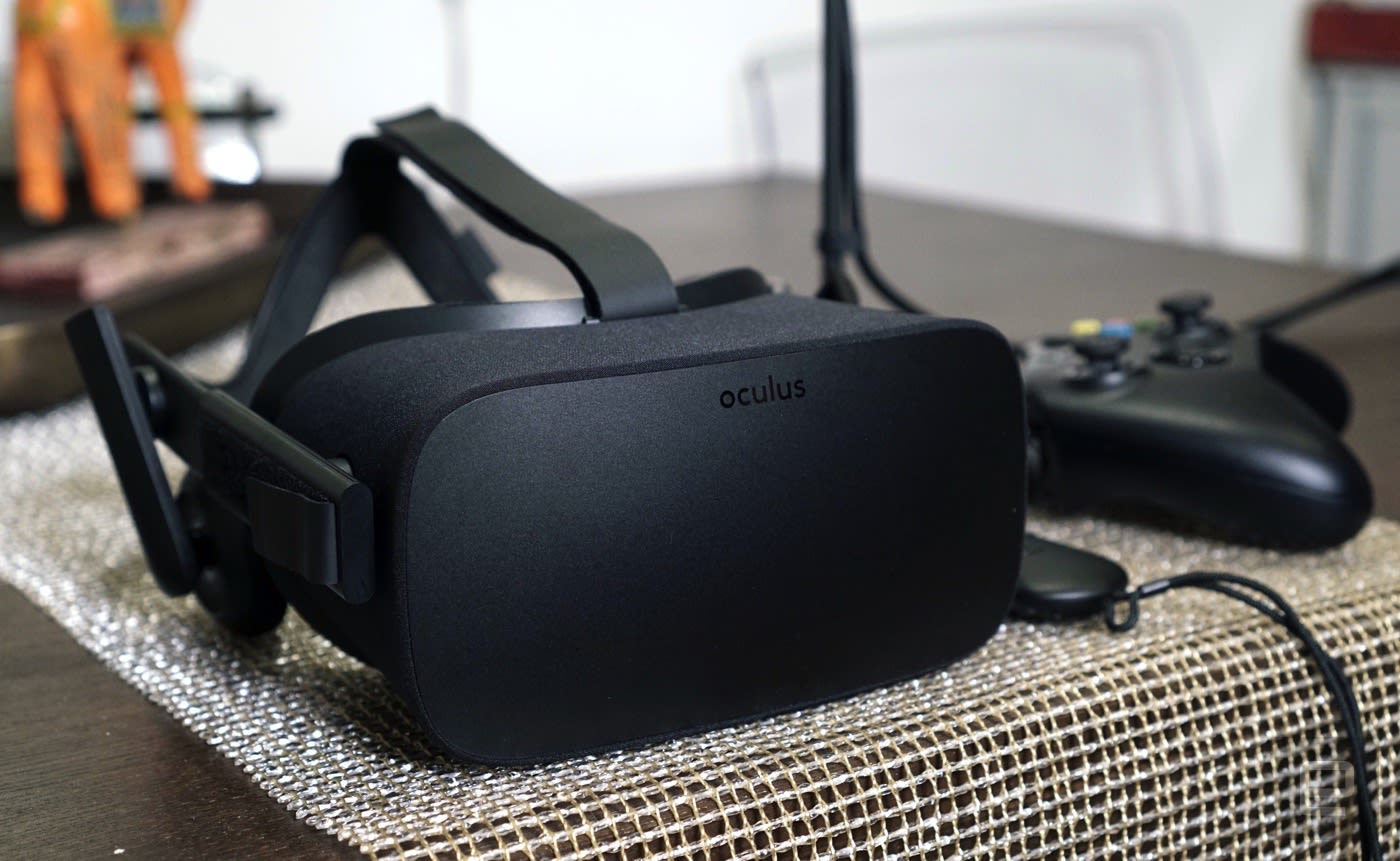 Things get a bit more interesting when you look at high-end, PC-powered VR headsets. The Oculus Rift and HTC Vive are still the main contenders, and while they haven't seen any major hardware upgrades since last year, they're both considerably cheaper than they were at launch. The Rift is now just $399 bundled with its excellent Touch Controllers. The HTC Vive costs $599, which is pricey but still a solid discount from its original $799 MSRP.

While the Vive still has the advantage when it comes to room-scale VR experiences, overall the Oculus Rift remains the better option for most gamers. It's more comfortable, its controllers are far more compact and easy to hold, and it still works with SteamVR titles. You can always get room-scale performance later by adding another sensor.

The Oculus Rift is also easier to set up than the Vive, since its two sensors can be placed right around your monitor. The Vive's tracking base stations, meanwhile, need to be placed high up in opposite corners of your room -- which could involve drilling mounts into your walls if you don't have bookcases nearby. And, of course, the fact that the Rift still costs $200 less than the Vive is worth keeping in mind.

Windows Mixed Reality headsets are yet another PC VR option, but they're not worth the investment yet. While they were initially pitched as cheaper competitors to the Rift and Vive, they've ended up around $400 when paired with Microsoft's motion controllers. Windows also needs more VR apps to be truly competitive with Oculus and the Vive. (Wisely, Microsoft also partnered with Valve to support SteamVR on its headsets, but they still don't work with every title on that platform.)

The best headset for most consumers Sony's PlayStation VR headset was a huge surprise. It delivers solid virtual reality performance without the need for a PC; it just plugs right into a PlayStation 4. While you won't get the same level of immersion as you would with the Rift or Vive, it's a much more accessible path to VR. Thanks to Sony's consumer electronics know-how, the PlayStation VR is also incredibly comfortable to wear. Perhaps most importantly, Sony has managed to get more than 100 VR games on its platform. That includes popular titles like Superhot as well as exclusive experiences like Resident Evil 7, Ace Combat 7 and Until Dawn: Rush of Blood.

The PlayStation VR is also easier to set up in your living room than any other platform. It just requires a PlayStation Camera and two Move controllers. You'll still have to deal with lengthy cables plugging everything in together, but that's more manageable than configuring the Rift or Vive.

While it's easier than it was a year ago to get into VR, it's still not something meant for everyone. Over the next year, headsets will get cheaper, and there will be even more VR experiences to try out. Most folks would be better off waiting for the industry to mature. But if you're eager to jump into immersive experiences, at least you have plenty of options.