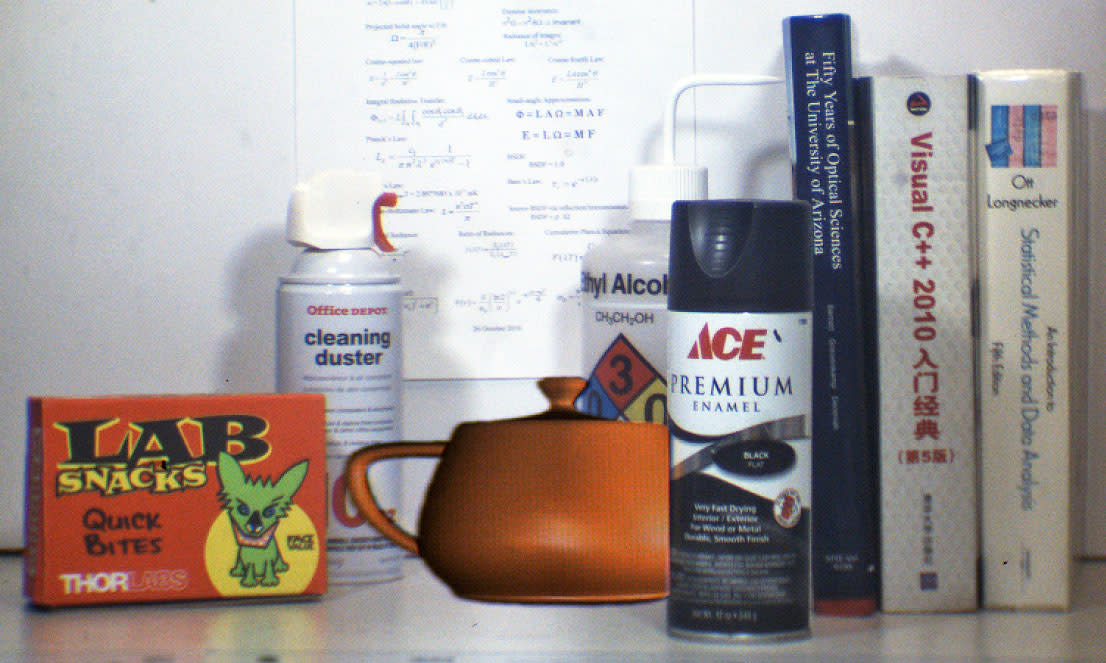 Current AR technology does a pretty decent job of placing a virtual image in front of an actual one, but blocking a virtual image with a real object is actually quite difficult and something that available head-mounted augmented reality displays can't do yet. But MIT Technology Review reports that University of Arizona researchers have developed a prototype system that can do just that.

The project was led by Hong Hua, a professor in the College of Optical Sciences, and she told MIT Technology Review that trick is getting precise control of the real-world light. Her prototype does this with a series of lenses and mirrors, not totally unlike a telescope. In the image above you can see a digital teapot is sitting both in front of a can of compressed air and squeeze bottle as well as behind a can of spray paint. With this prototype, Hua's goal was to make it as inexpensive as possible, which she and her graduate student did by using lenses already available rather than custom designing new ones, so the end result was a bit bulky. Hua says they're now working on a wearable prototype.

Though she says this research isn't related, Hua is a consultant for Magic Leap and is listed on at least two of the company's patents, including this one that features mutual occlusion capabilities. So maybe that means this technology is already finding its way into Magic Leap's work. Regardless, Hua says getting these functions into smaller devices probably won't happen anytime soon. "To make it into the popular glasses form factor is probably going to take a while," she told MIT Technology Review. But it's a promising start to solving a complex problem.

The work was recently published in Optics Express.

In this article: ar, av, design, gadgetry, gadgets, gaming, gear, magicleap, mutualocclusion, research
All products recommended by Engadget are selected by our editorial team, independent of our parent company. Some of our stories include affiliate links. If you buy something through one of these links, we may earn an affiliate commission.