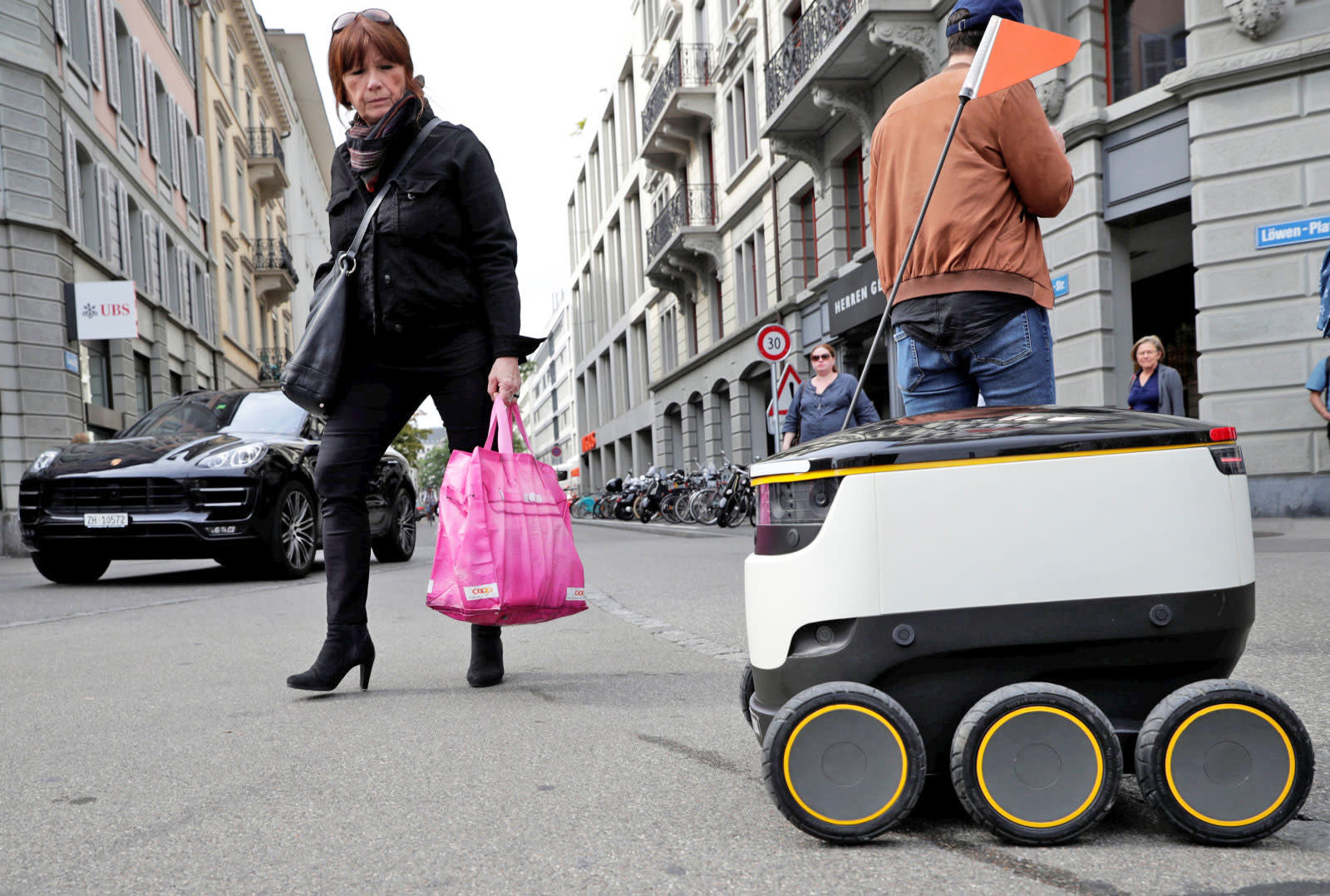 Companies that are testing delivery robots hit a stumbling block in San Francisco this week. The city's Board of Supervisors voted to require permits for any autonomous delivery devices, restricting them to specific (and less-crowded) areas of the city. Additionally, these robots aren't allowed to make actual deliveries -- they are only allowed to be used for testing purposes. This restriction doesn't apply to delivery drones; the San Francisco Board of Supervisors only has jurisdiction over the sidewalks.

Complaints were first brought by a group called Walk San Francisco, which campaigns for the safety of pedestrians. The group was concerned that these autonomous robots, which use lasers and sensors to navigate, would pose a hazard to the elderly and young children on the city's crowded sidewalks.

When it was first proposed, this legislation was an outright ban. It's been soften to regulation, which makes sense. After all, San Francisco is known as a tech-forward city, with its proximity to Silicon Valley. Still, it's one of the first places that delivery robots first began operating, so it's a little surprising that the city would make moves to restrict them so drastically. It's a challenge for companies like Marble, which have been operating as a test in San Francisco's Mission and Potrero Hill districts (with human handles to help).