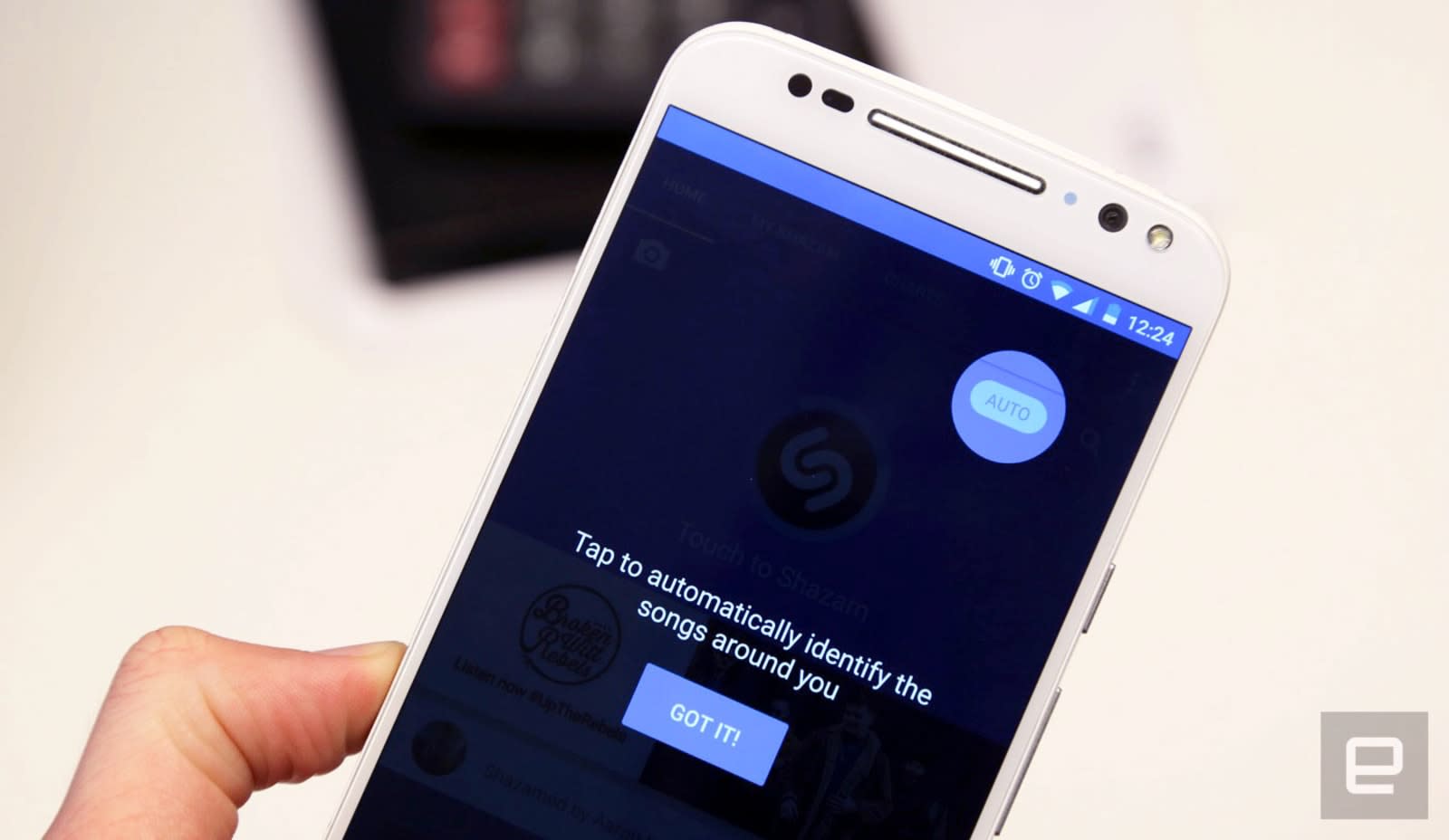 In a bit of Friday afternoon news, TechCrunch reports that Apple plans to buy Shazam, the company behind the popular audio identification software and app. Apparently, the site's sources indicate the deal could be announced Monday, but it's quick to note the timing on these things isn't always solid. As you can imagine, rumored terms of the deal, including a sale price, aren't reliable just yet. The acquisition would give Apple ownership of the music, TV and movie identifying tech and a group of features it could easily take advantage of with its own products.

Of course, Shazam already works on both iOS and OS X. The song ID feature was added to iPhones (through Siri) with iOS 8 and it hit the desktop back in 2014. Shazam also goes to work on much more than phones and PCs. Most recently, the music discovery tech was added to Samsung smart TVs. The company also has a background listening tool that's always ready to recognize a song or audio clip. Sounds like a good feature for a smart speaker, eh?

Shazam does more than just audio identification, too. In 2015, the company began recognizing packaged goods, books, magazines and other merchandise -- another area Apple would likely be interested in improving its own offerings. We've reached out to Apple for comment on the report and we'll update this post if we hear back.

Update: Bloomberg is also reporting that a deal could be announced as soon as Monday.

In this article: acquisition, app, apple, av, business, discovery, gear, identification, music, musicdiscovery, shazam
All products recommended by Engadget are selected by our editorial team, independent of our parent company. Some of our stories include affiliate links. If you buy something through one of these links, we may earn an affiliate commission.