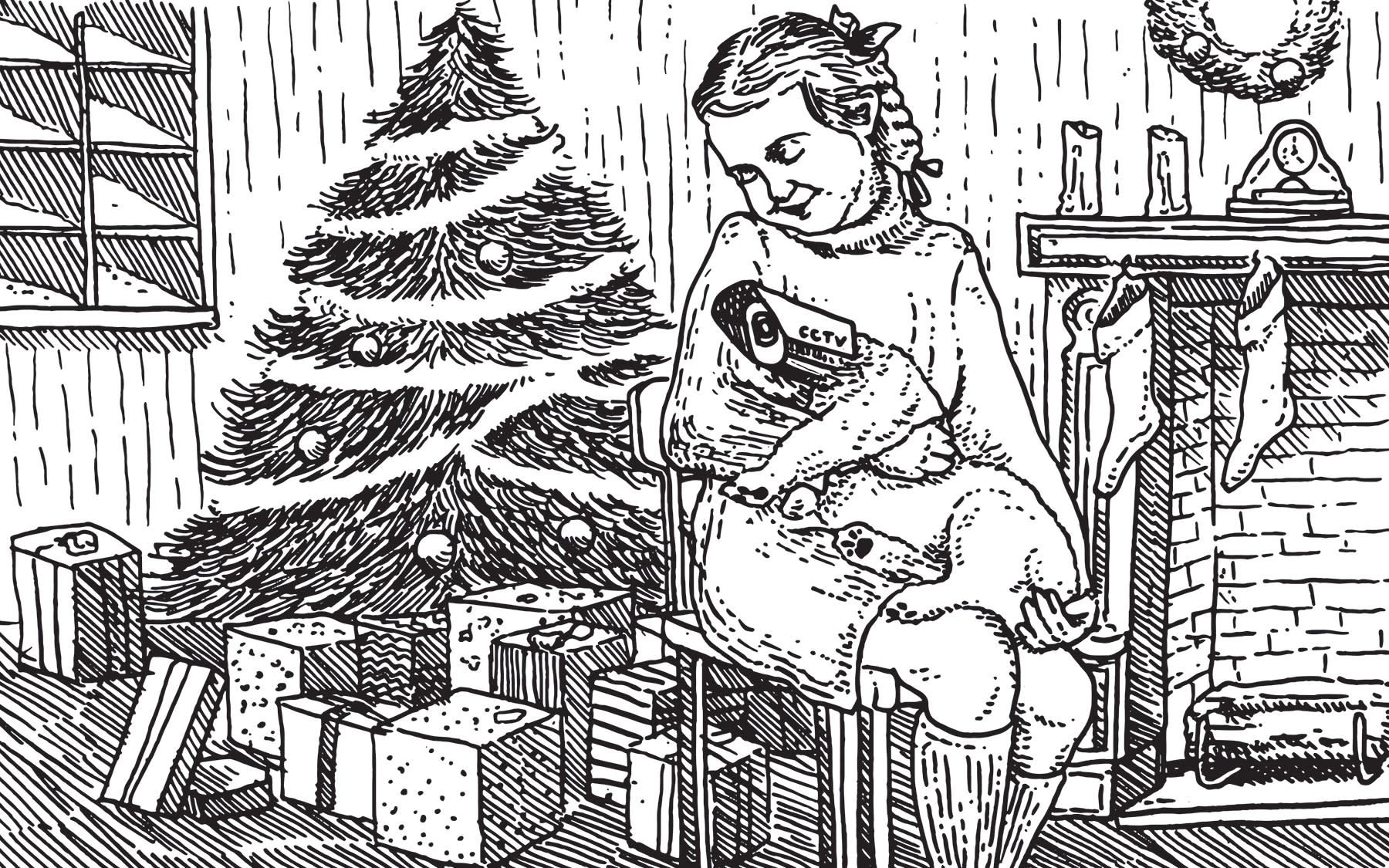 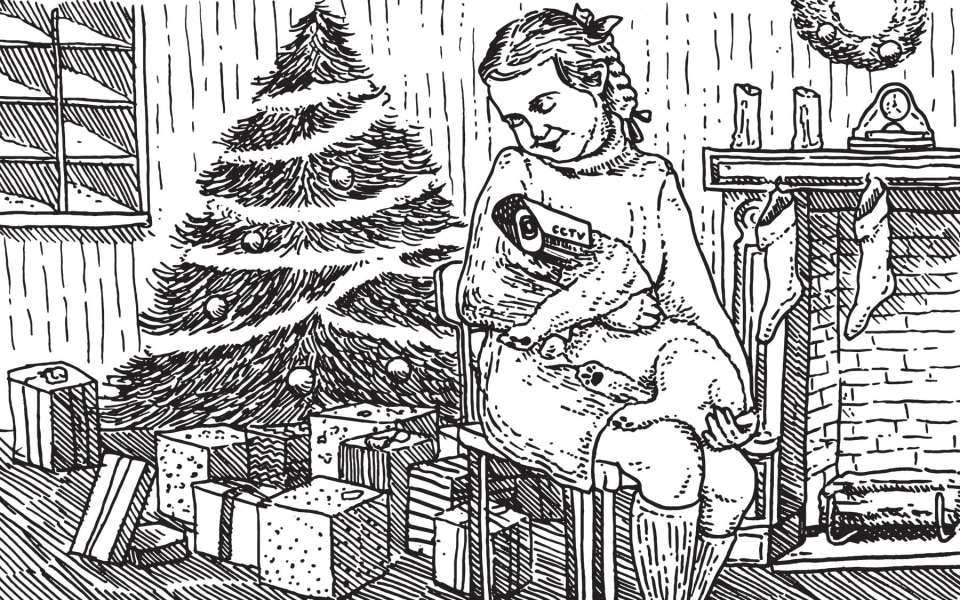 It's the gift-giving season, and high-tech gadgets are more exciting than ever. Alexa, Siri, Cortana and even "Okay Google" are ready to come over for holiday ham, ready to help you turn on a light or play you some Spotify. Those always-on microphones, cameras and WiFi-connected devices are cheaper, cooler and more convenient than ever.

Yet, you still feel a little weird about their, you know, baser functions. Google and Amazon only record what they need to. Plus, you've read 1984, watched Big Brother (and thought the contestants were nuts for being watched 24-7) and you think spying on people's everyday lives is generally bad.

We know the connected devices, no matter how big the company they come from, are all bug-infested, insecure, preyed upon and riddled with shady backroom data deals. And yet. 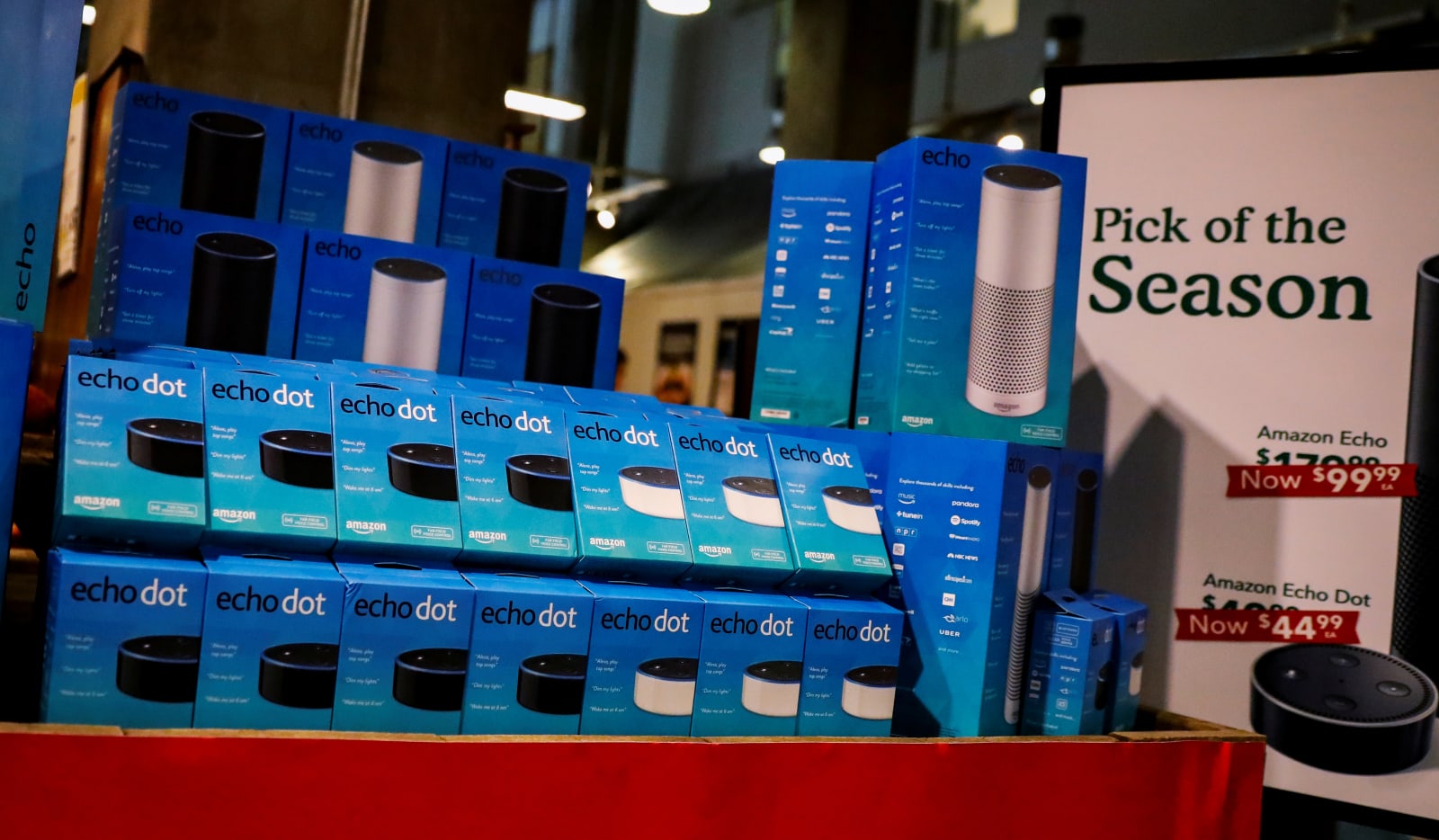 The trend toward in-home surveillance devices is only continuing, with this year's gift-giving aspirations. Here at Engadget, we're modeling the trend: decrying privacy invasions, yet playing with privacy fire, indulging our lust for convenience and futurism with all the sexy gadgets on our 2017 best-of gift list.

We want the Echo, the Google Home, a Sonos One and all the privacy-devouring spy tech we can cram into our voice-activated games console. I'm with you! Yet, I know better than to let companies spy on me! Give me a new MacBook, a Chomebook, an iPad or a Surface, damn the easily-hackable onboard cameras and microphones, full-speed ahead. I'd push grandpa into a mall fountain and jam his walker into Best Buy's revolving doors to get my hands on the hottest new tracking devices, the iPhone, a Pixel, a Galaxy.

And that's the thing: We all know the risks these days. It's not like 10 years ago when some of us were trying to raise the alarm about webcam hacking and data dealing, and everyone thought we were fringey conspiracy weirdos in tinfoil bras doing Flickr updates from our freaky internet-connected phones.

If anything, security and surveillance are even bigger concerns. Just in October, a woman's new webcam was taken over practically the minute she plugged it in. In a Facebook post, she described the incident, going on to film the camera's complete hijacking while in progress. But here's the thing: The story didn't surprise anyone and didn't compete with any headlines. We're all like, yeah, that's a thing that happens now, while in our heads we silently practice what we'll do when it happens to us. 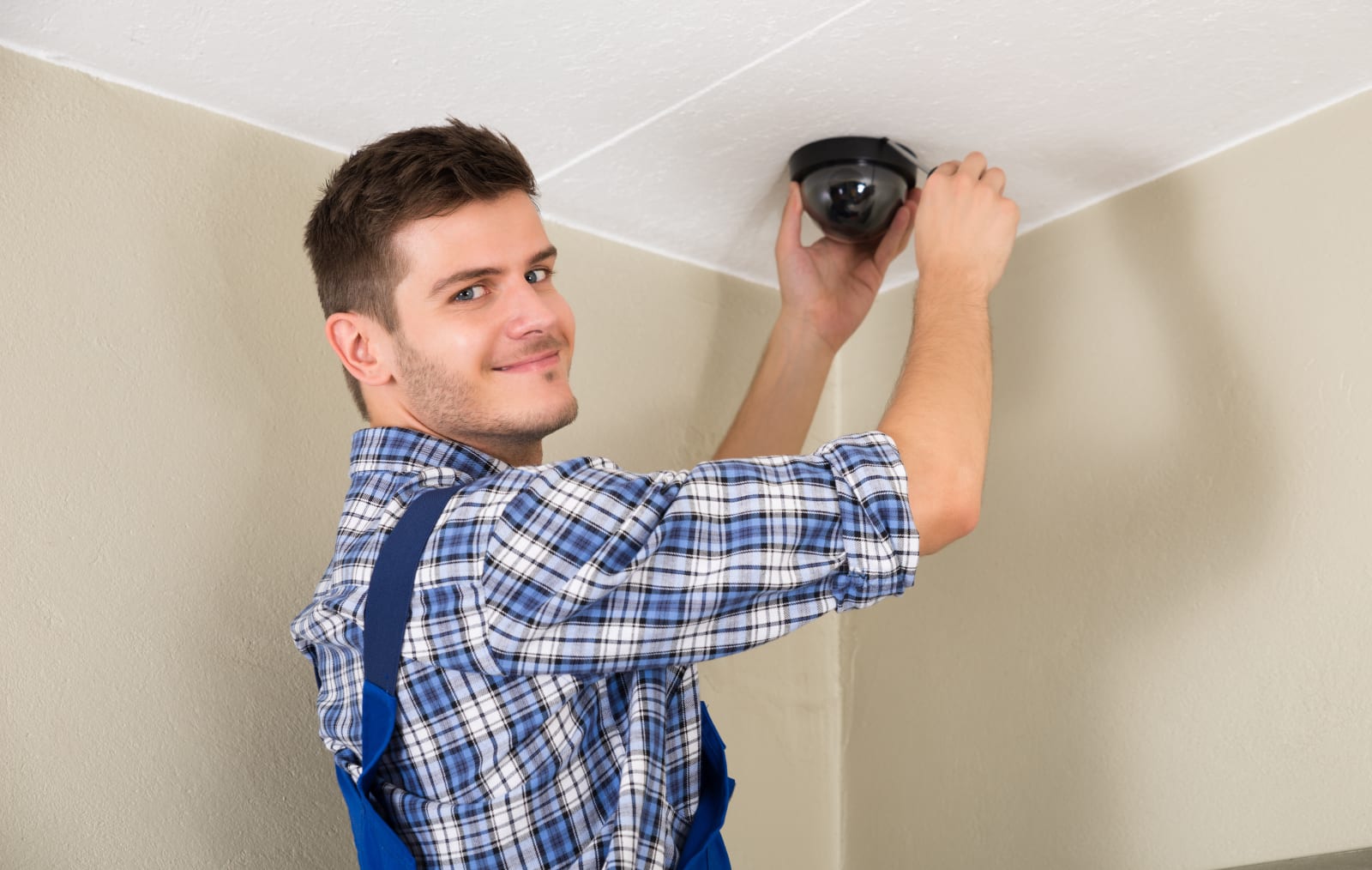 I know what you were thinking when your eyes traveled the wish list above, with the Echos and the Homes and the highly desirable appliances that make Inspector Gadget's kit look like unimaginative stupidity. You're thinking, "but Amazon will protect me from unlawful requests" and "Google Home wouldn't do that on purpose; it would harm consumer trust."

And in the instances we know of, you'd be right. When a man was murdered in November 2015, Amazon initially refused to hand over its Alexa data from the scene of the crime when prosecutors demanded the records. The company said that Alexa's questions and answers are protected by the First a+Amendment and Amazon "seeks to protect the privacy rights of its customers." Amazon later relented and shared the data when the defendant, the Echo's owner, gave permission. That a hacker had fun turning the Echo into a wiretap did not endeavor to reassure.

And that whole thing where Google Home was recording everything just this last October, well, that was a "bug." Never mind that "bug" is Facebook's perennial catch-all term/excuse for getting caught doing something people don't like (and that's not a good look for anyone). Google said its little smart home speaker was having an "issue" that caused it "to behave incorrectly." That probably wasn't reassuring for journalist Artem Russakovskii, who discovered he was being recorded 24-7.

What can we do, but take Google and Amazon at their word? No one trusts these companies or their interests in serving us better ads or suggestions. They say they'll protect us, they're big companies and can afford to properly test everything, and they fix their mistakes when we find them.

Haven't we learned anything from dystopian books and films? How is this now aspirational? Or is it just that we're so miserable from politics that a little convenience-at-a-cost is our only salve to soothe our tortured souls?

Don't feel bad. Everyone's doing it, the gleeful self-surveillance. Even hackers, who know better than anyone, I can tell you that they're shopping for the same things and going home to strip down and roll in piles of connected crap like they hate privacy, too. We're all going to privacy hell together.

I'm sure it'll be fine. As long as we remember that it pays to be paranoid because we're all so depressed and angry at the state of the state that we deserve a little fluff, a little fun, a little convenience.

Facebook may be insidious, Apple might've conditioned us, and everyone with a stake in the surveillance pie has tried to soothe us. But we still need to cover our webcams, turn off geotagging, drill into settings to fight the data creeping and stay awake and alert to the ways that companies make us targets.

Take my advice for the holidays: Shop like no one's watching, but never forget that someone might be listening.

In this article: alexa, amazon, badpassword, cortana, echo, editorial, gadgetry, gadgets, gear, google, internet, security, services, siri, surveillance
All products recommended by Engadget are selected by our editorial team, independent of our parent company. Some of our stories include affiliate links. If you buy something through one of these links, we may earn an affiliate commission.
Share
Tweet
Share