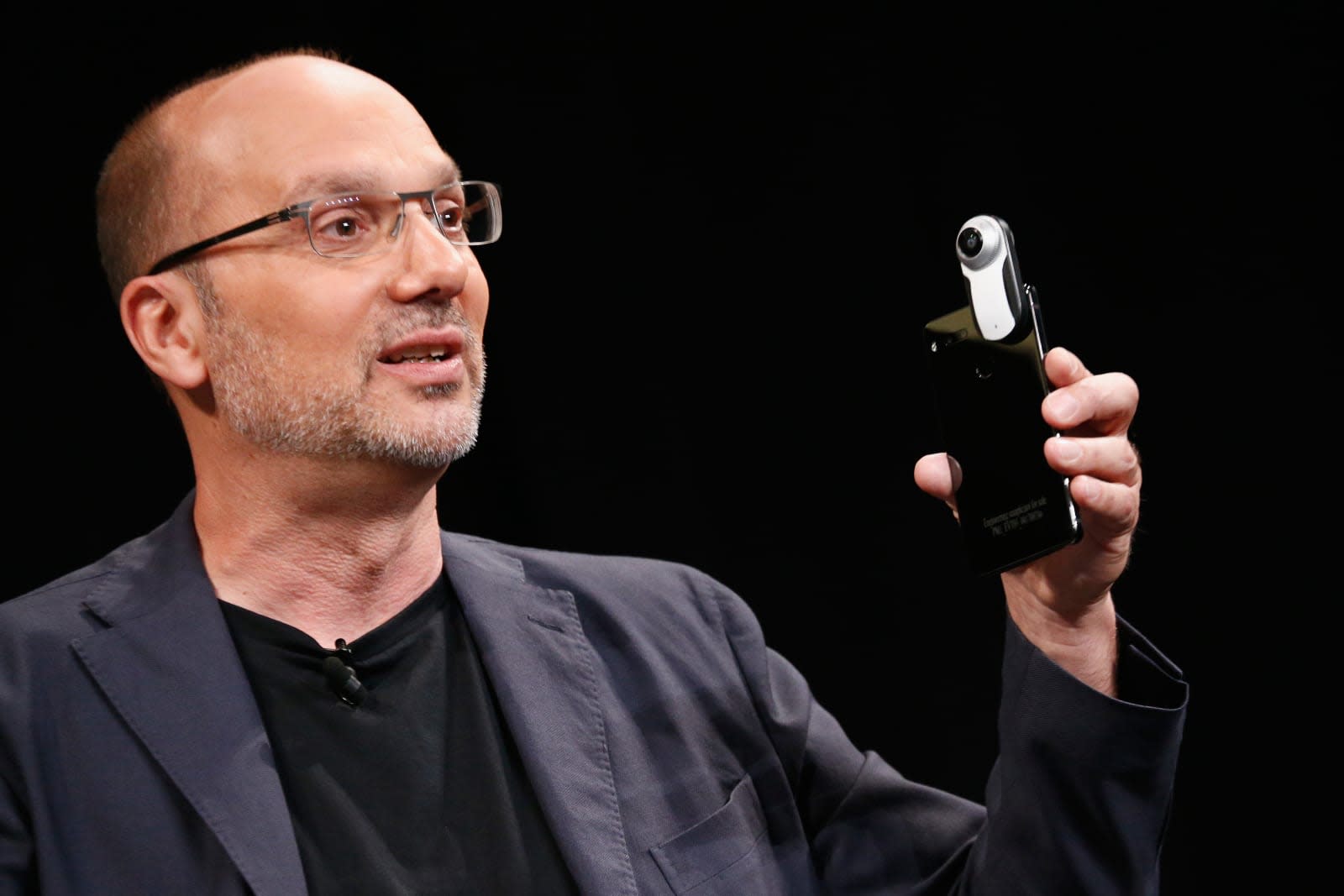 Android mastermind Andy Rubin is back at the helm of Essential after his surprise personal leave... although you could argue that he never really left. Recode has learned that Rubin is back "less than two weeks" after the company announced that he'd taken a break. Neither Essential nor Rubin was willing to comment, but insiders claimed that he technically didn't have to leave the building -- he continued to work with his venture capital company Playground Global, which shares the same office spaces.

The end to the partial leave comes as questions linger over revelations that Rubin's departure from Google came after an investigation ruled that he's been involved in an "inappropriate" relationship with a subordinate. Rubin's spokesperson has maintained that it was a consensual relationship and nothing wrong took place, but the woman had filed a complaint with human resources that led to the investigation. There's no evidence linking Rubin's recent leave to the Google story, although the timing has certainly raised eyebrows.

Without details of what the complaint entailed, it's difficult to know just how much of a cloud this casts over Rubin's work at Essential. You can safely presume that concerns over the relationship aren't what the company at large wants, however. While Rubin's return will reassure backers worried that Essential would face a leadership crisis, it's having enough trouble getting people to buy its first smartphone -- the conduct of its founder doesn't help matters.

In this article: andyrubin, essential, gear, google, mobile, playgroundglobal, smartphone
All products recommended by Engadget are selected by our editorial team, independent of our parent company. Some of our stories include affiliate links. If you buy something through one of these links, we may earn an affiliate commission.