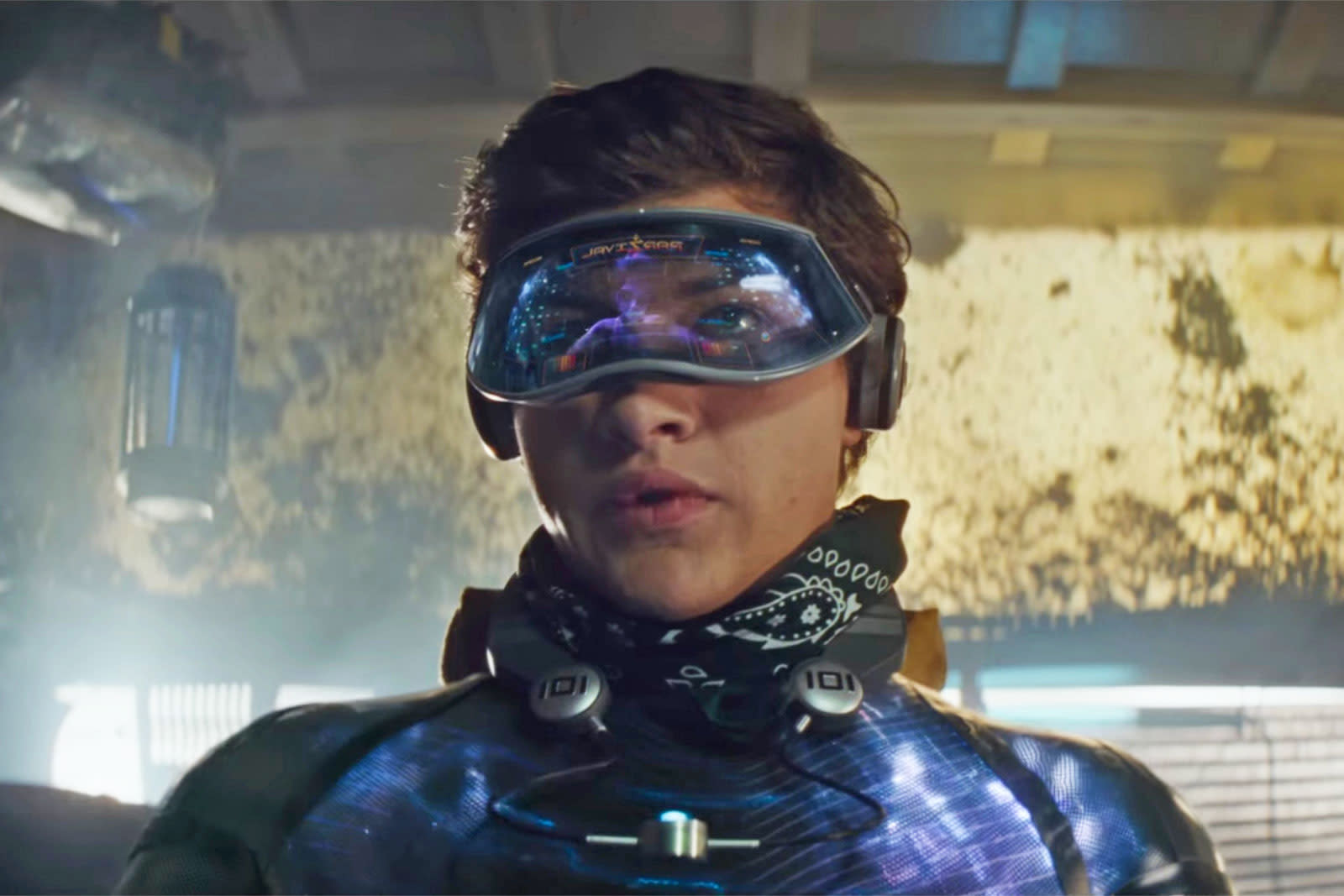 The initial trailer for Steven Spielberg's adaptation of Ready Player One focused on the virtual world of OASIS, and for understandable reasons: it's a visual showcase for a crucial part of the story. However, Warner Bros. wants to remind you that reality plays an important part as well. It just posted a new trailer that dives deeper into the real-world story, even as it makes a few extra nods to video game nostalgia.

As with Ernest Cline's book, the story centers on Wade Watts and his bid to win James Halliday's Easter Egg hunt, which promises both half a trillion dollars and (more importantly) control of OASIS. That, in turn, leads to an ideological battle -- Wade and fellow competitor Art3mis are racing to find all the clues before the megacorporation IOI gets them and exploits OASIS for profit. Wade is effectively drafted into a resistance movement, and his moves will have consequences in both VR and real life.

There aren't quite as many tributes to digital culture as in the first trailer, but there are a few pleasant surprises -- there's even a certain iconic Overwatch character that shows up. It's hard to say if Ready Player One will live up to the rapidly mounting hype when it premieres on March 30th. However, the trailer shows that Spielberg and crew are aware that clever references and dazzling visuals aren't enough to carry the movie.

Oh, and there's one more thing: Cline revealed in a livestream (shortly after the 27-minute mark) that he's writing a sequel to Ready Player One. He has precious few details, but he noted that Spielberg's movie helped jumpstart his work on a follow-up. Even if the movie falls flat, you'll have something to look forward to.

In this article: av, entertainment, ernestcline, gaming, movies, overwatch, readyplayerone, stevenspielberg, trailer, video, virtualreality, vr, warnerbros
All products recommended by Engadget are selected by our editorial team, independent of our parent company. Some of our stories include affiliate links. If you buy something through one of these links, we may earn an affiliate commission.