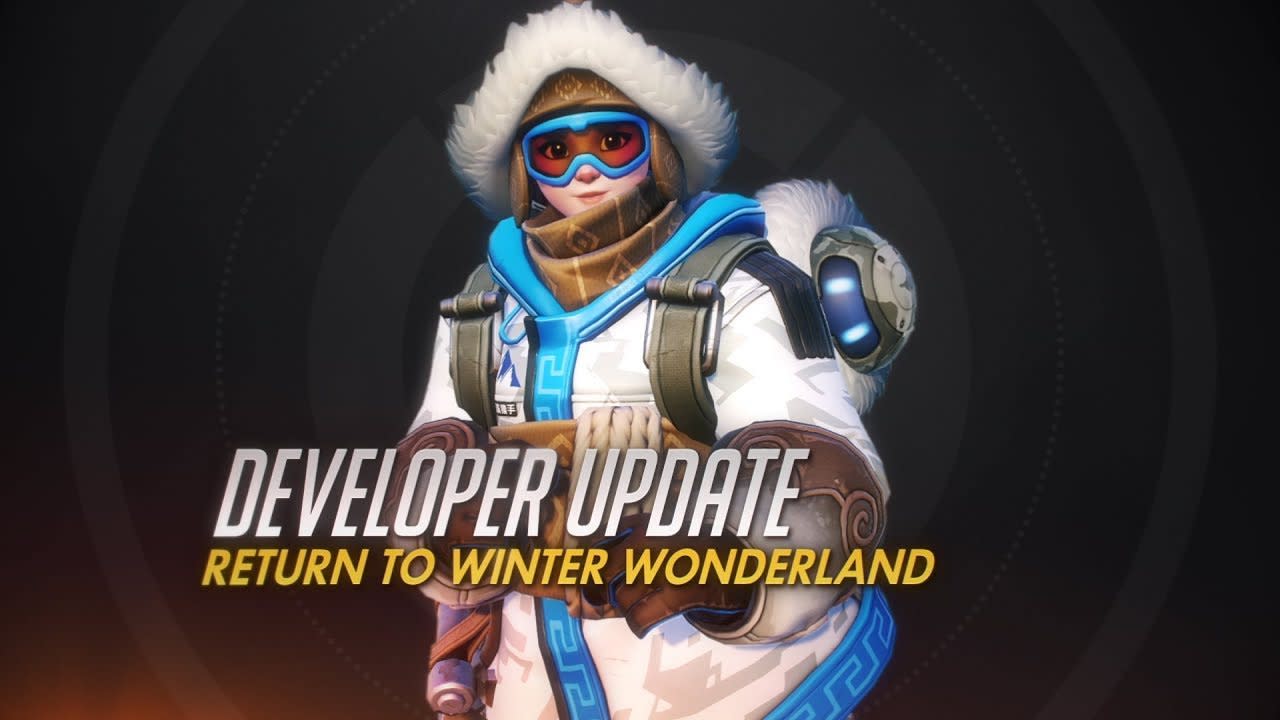 Overwatch's "Winter Wonderland" is on the way and it's bringing with it some familiar gameplay as well as a new arcade mode. Last year's Mei's Snowball Offensive will be returning and of course there will be a selection of new skins -- Blizzard's Jeff Kaplan teased a lot of legendary skins but only confirmed Hanzo, Junkrat and Roadhog skins.

The main attraction of this year's holiday event is a mode called Mei's Yeti Hunt wherein five Meis have to battle one yeti, aka Winston. At first, the person playing as the yeti has to try to collect enough powerups to trigger its Primal Rage mode while the five Meis try to bring him down. However, once Primal Rage mode is achieved, the yeti then goes after the Meis who have to avoid being killed. The Meis win if they can kill Winston, but Winston wins if he can take down enough of the Meis.

"I know a lot of you are thinking that this sounds kinda silly and kinda ridiculous," Kaplan said in a video about the event, which you can watch below. "Well, I'm here to tell you it absolutely is. But the point of some of these seasonal brawls is just to be fun and light and refreshing for a short period of time."

"Winter Wonderland" arrives on PC, Playstation 4 and Xbox One on December 12th.

In this article: av, blizzard, gaming, overwatch, Playstation4, video, WinterWonderland, XboxOne
All products recommended by Engadget are selected by our editorial team, independent of our parent company. Some of our stories include affiliate links. If you buy something through one of these links, we may earn an affiliate commission.