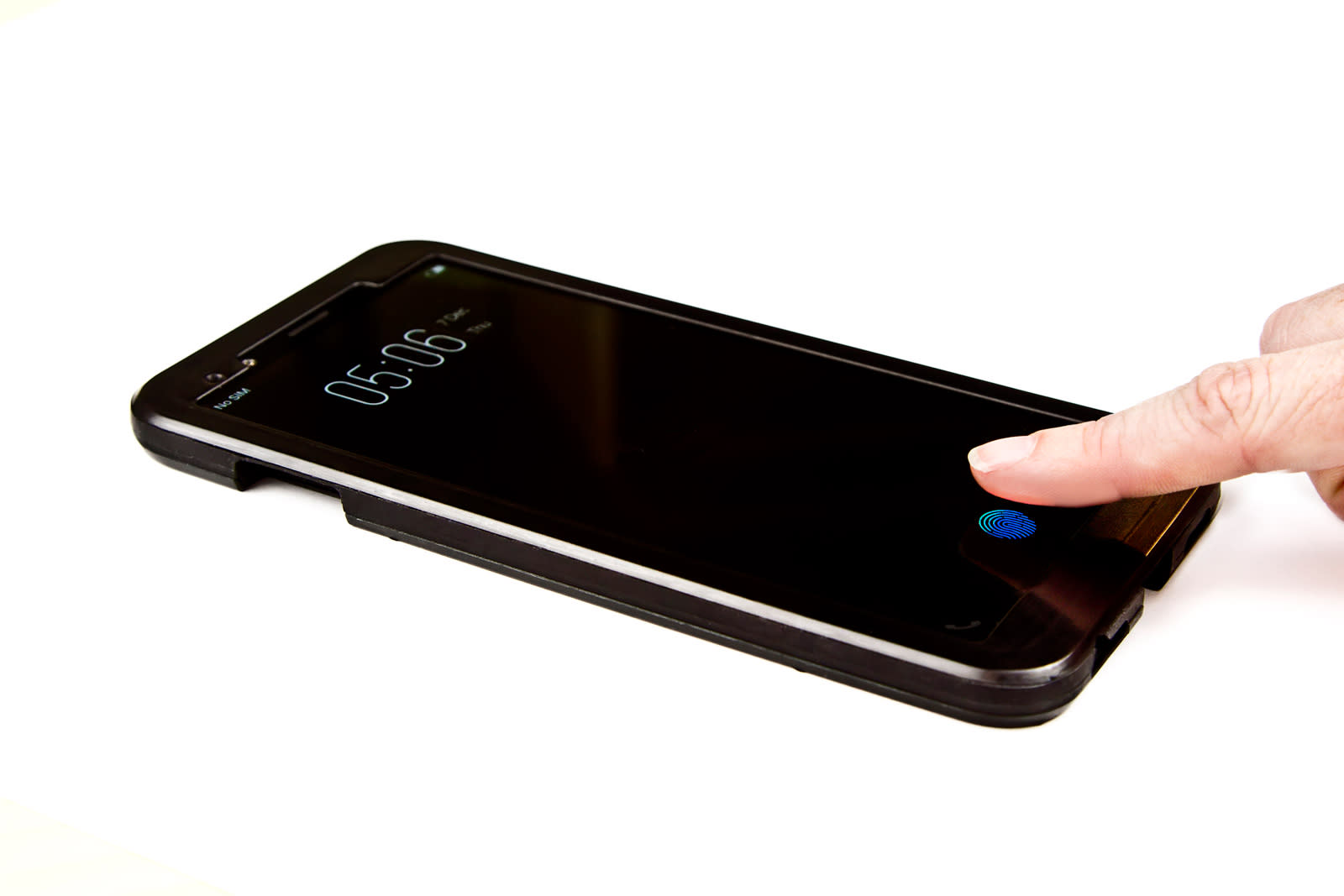 Under-the-screen fingerprint readers won't just be reserved for rough prototypes in the near future. Synaptics has sent word that a "major" smartphone manufacturer in the "top five" will unveil a phone using its Clear ID sensor at CES in January. It's not offering any clues as to who the mystery early adopter might be, although Vivo was the first to show it off. We wouldn't be surprised if one of Vivo's sibling brands (such as Oppo) had the honors, although we certainly wouldn't rule out competition like Huawei or Xiaomi.

These under-display sensors aren't flawless, as there tends to be a delay compared to a reader that's in direct contact with your digits. Synaptics isn't bothered by that, though -- it claims that Clear ID is "twice as fast" as 3D face recognition (i.e. Face ID on the iPhone X) and that it's more flexible, since you don't need to be within visual range of your phone.

As it is, the technology might be vital if it's widely adopted. Now that tall-screened phones are practically de rigeur, phone makers have usually had little choice but to move the reader (typically to the back) or else use another biometric sign-in method. Clear ID theoretically lets phone brands avoid that choice. They can put the reader where it's most convenient without giving up that all-important eye-catching display.

In this article: biometric, ces2018, clearid, fingerprintreader, gear, mobile, security, smartphone, synaptics
All products recommended by Engadget are selected by our editorial team, independent of our parent company. Some of our stories include affiliate links. If you buy something through one of these links, we may earn an affiliate commission.