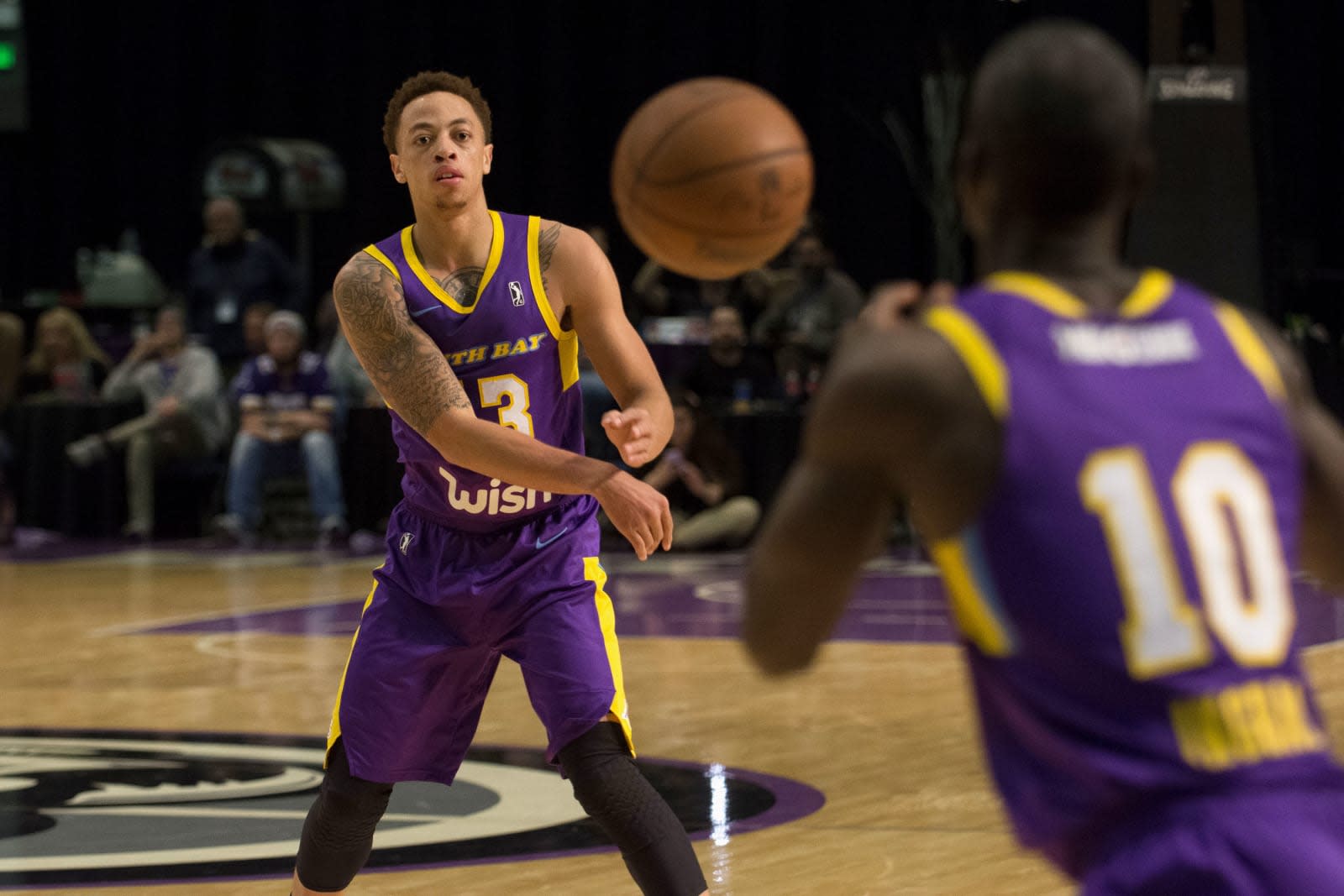 Twitch might be best known for video game live streaming, but the service is starting to eye other properties. Starting December 15th, Twitch will live stream NBA G League games at twitch.tv/nbagleague. The service will broadcast up to six games per week, and they will be available to watch on demand after the live stream has concluded. It's the first time a major sports organization has partnered with Twitch to use its new live stream extensions.

Viewers can opt in to co-streams, or commentary overlaid on the NBA G League game, that feature popular Twitch personalities like Goldglove, as well as basketball fans. Games will also feature an overlay that shows different stats and awards loyalty points for interacting with the stream. The channel and its features were created with Twitch Extensions, a new tool that allows third parties to customize their pages and streams with interactive features.

The NBA G League is the NBA's official minor league, so this announcement will likely only appeal to a subset of basketball fans. However, its implications are interesting. This could be the first step towards broadcasting the top league games on the service. The NBA G League seems like a great, low-risk way to gauge interest and test features to accompany these games.

In this article: av, nba, nbagleague, twitch
All products recommended by Engadget are selected by our editorial team, independent of our parent company. Some of our stories include affiliate links. If you buy something through one of these links, we may earn an affiliate commission.