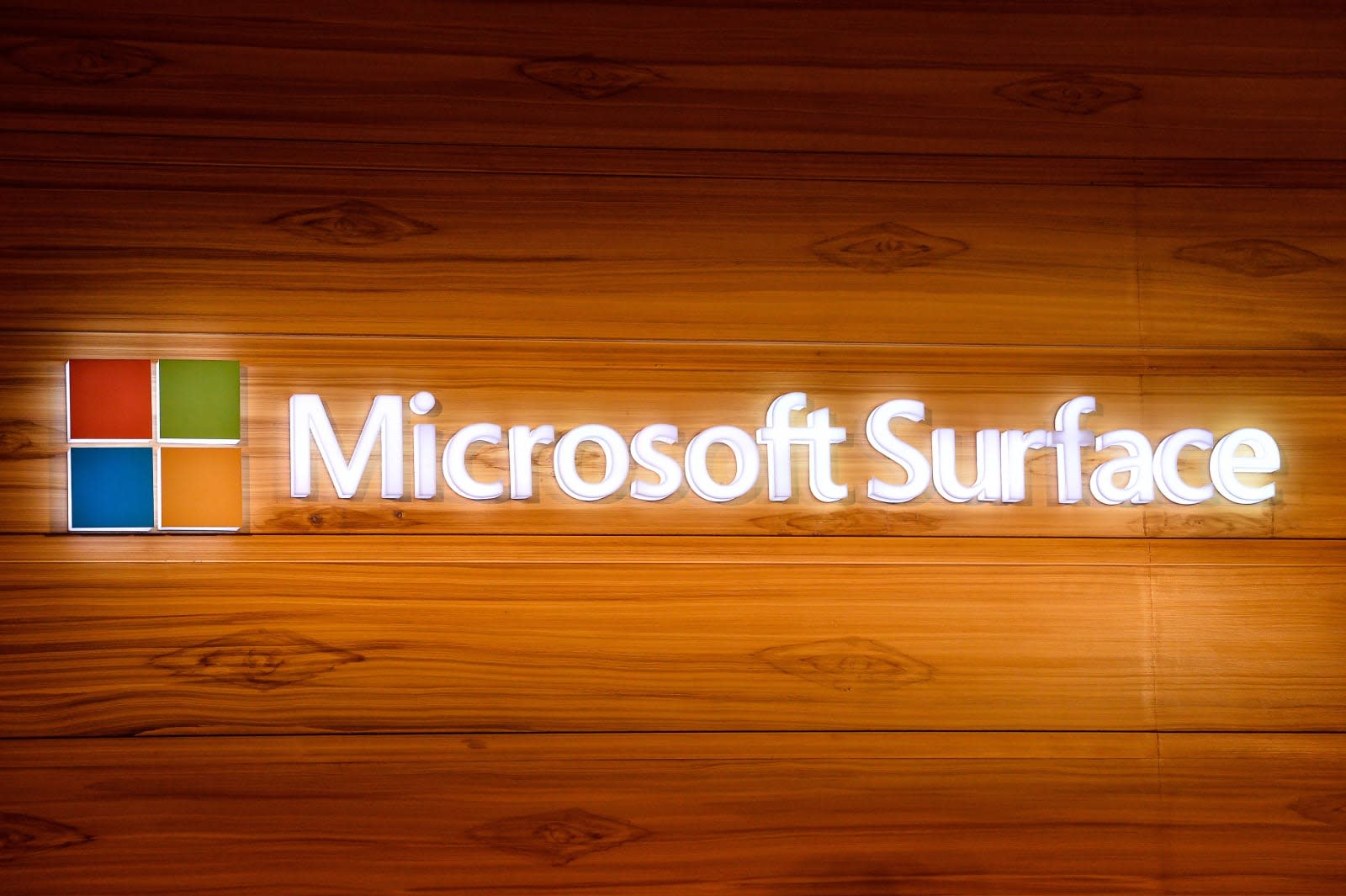 New patent filings from Microsoft appear to hint at that foldable notepad we've heard rumors of for a while, The Verge reports. Filed earlier this week, the patent contains a number of images depicting a unique hinge and a few that show a foldable, two screen device that appears to work in a number of configurations.

In one image, half of the screen serves as a display while the other half has a virtual keyboard and trackpad. In another image, the device is situated in a tent-like formation with its display showing an alarm clock.

Microsoft also filed a patent in January that featured a hinged device, though these new filings provide quite a bit more detail. And this patent bears more than a little similarity to Microsoft's old Courier project. The company isn't the only one pursuing a foldable mobile device, however. There's ZTE's interesting but flawed Axon M and Lenovo's Yoga Book, though that doesn't have two screens. And Samsung has teased a foldable Galaxy Note device that it says could launch as early as next year.

This patent doesn't give us any clue as to when or even if such a device will hit the market but it provides an intriguing peek into what could be on the way.

In this article: AxonM, Courier, gadgetry, gadgets, gear, hinge, lenovo, microsoft, mobile, patent, samsung, tablet, yogabook, zte
All products recommended by Engadget are selected by our editorial team, independent of our parent company. Some of our stories include affiliate links. If you buy something through one of these links, we may earn an affiliate commission.