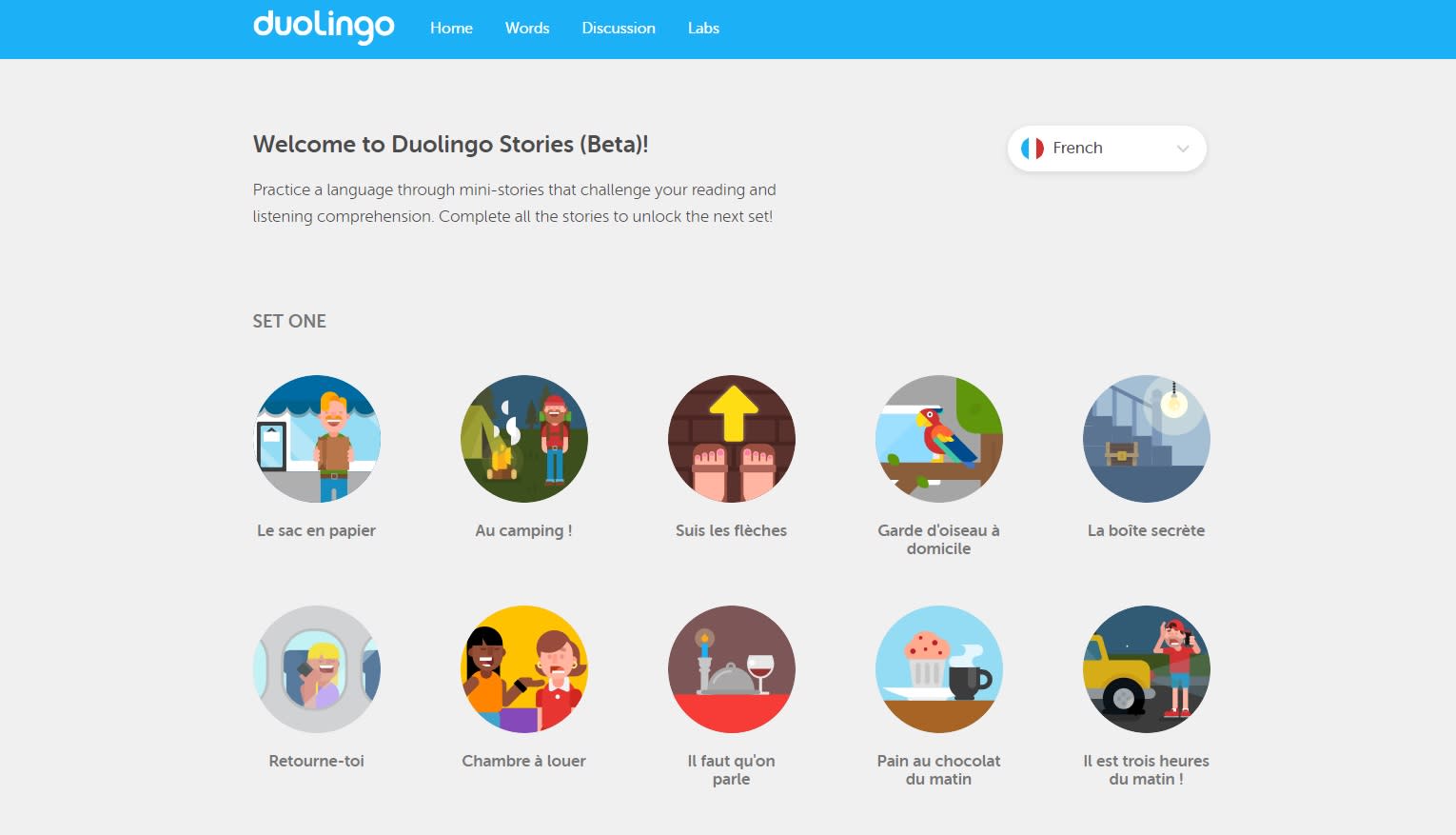 Six months ago, language learning service Duolingo introduced new mini-morsels of content called Stories. They walked users through short tales that would ideally be more organic than scripted conversations. Today, the service announced it's expanded beyond Spanish and Portuguese by adding 20 Stories each in French and German.

Duolingo launched Stories as an experiment, as its team points out in an August update, so they aren't sure when (or if) they'll add more languages. Expanding up to four is a good sign, though, and shows promise for the service's experiments beyond typical lessons. Earlier this month, Duolingo launched a podcast focusing on Spanish-language non-fiction stories, which can be found on iTunes, Google Play Music, Spotify and elsewhere. Stories remain on the Duolingo site, but as it's still in beta, they don't add XP for participating -- they're just for your own learning pleasure.

In this article: Duolingo, language, services
All products recommended by Engadget are selected by our editorial team, independent of our parent company. Some of our stories include affiliate links. If you buy something through one of these links, we may earn an affiliate commission.