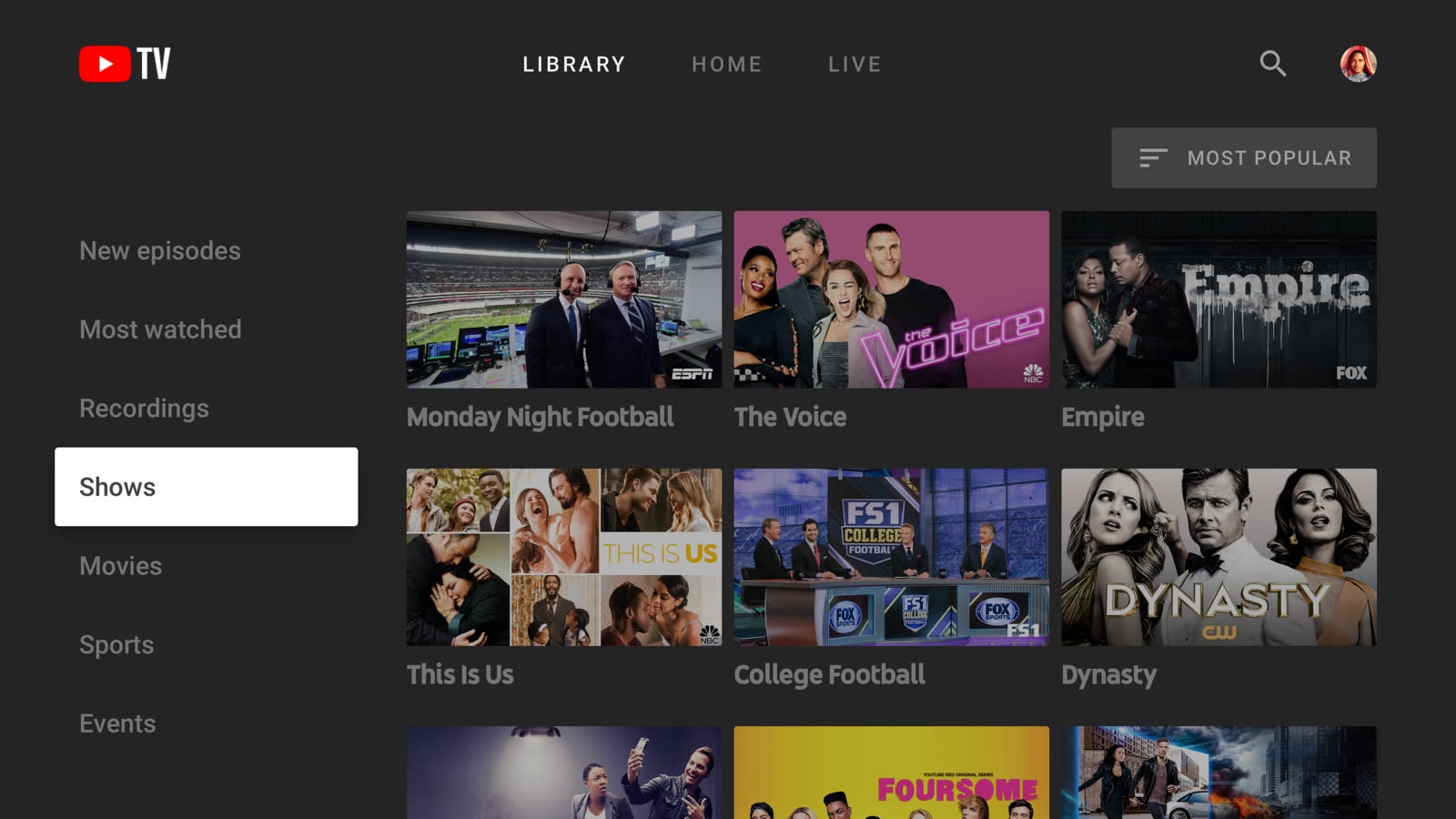 If you were hoping for the dedicated YouTube TV app to show up on your Roku or Apple TV this year, you will need to wait just a little longer. When announced back in October, we were told that apps were headed to the Xbox One, Apple TV and Roku "in the coming weeks." When reached for comment, a Google spokesperson claimed that there is no delay, and that the roll out is happening as planned.

YouTubeTV is available across 84 different metro areas, and can be viewed on Chromecast, Xbox One, Android TV and newer Samsung and LG smart TVs. YouTube told CNET that in addition to the Roku and Apple TV apps, YouTube TV will also come to older smart TVs, like Samsung TVs from 2014 and 2015, as well as Sony sets that use older Linux-based operating systems. YouTube TV competes with regular cable, of course, but also Sling TV, Hulu Live TV, PlayStation Vue and DirecTV Now, which are already available on more devices, including the Amazon Fire TV, Apple TV and Roku.

In this article: appletv, cordcutters, gear, google, internet, roku, youtube, youtubetv
All products recommended by Engadget are selected by our editorial team, independent of our parent company. Some of our stories include affiliate links. If you buy something through one of these links, we may earn an affiliate commission.