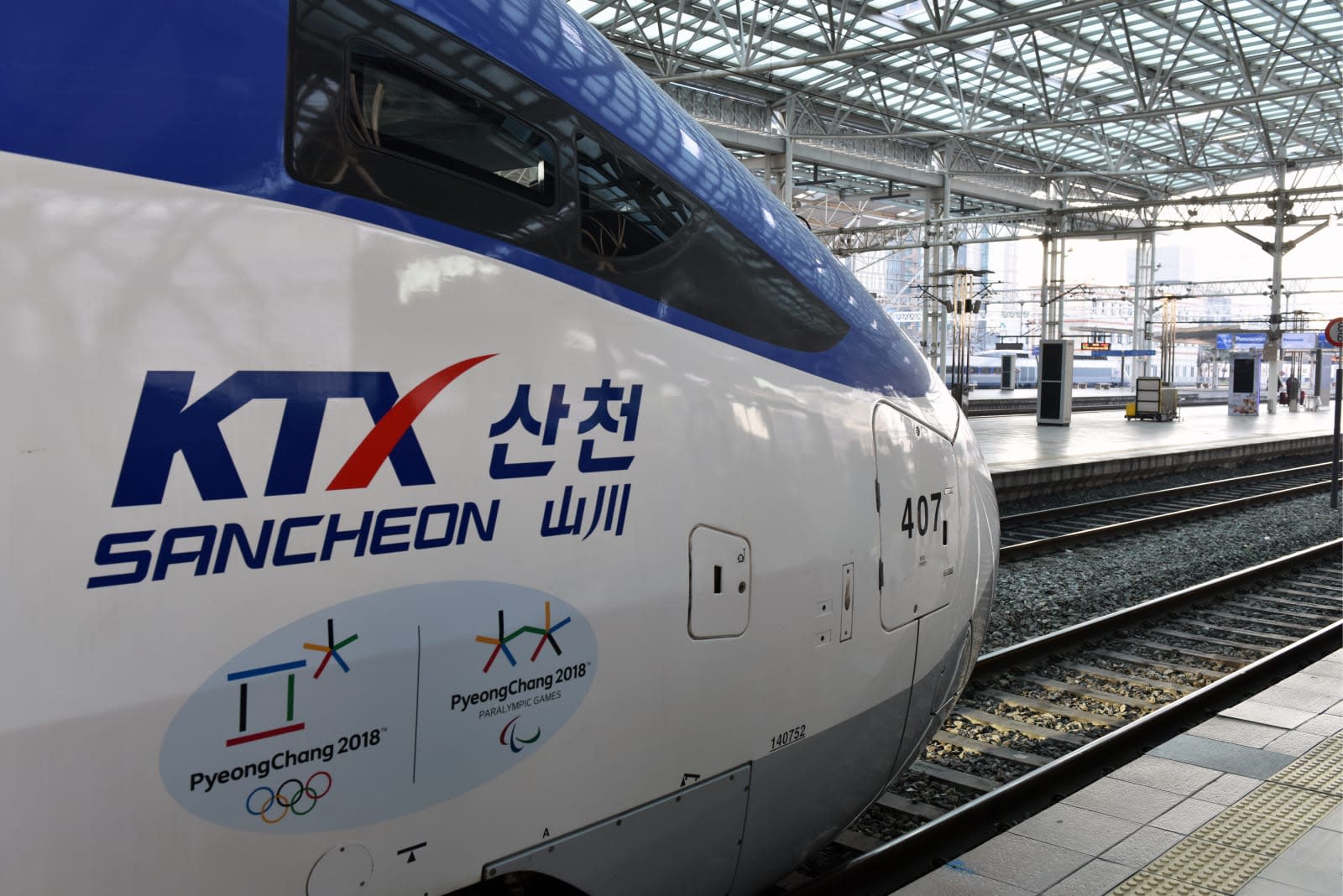 The Winter Olympics are in South Korea in 2018, which is the perfect excuse to refine old technologies and show off new ones in advance of the huge crowds that will descend on the country early next year. Today, Samsung announced that, in partnership with the Korean telecom company KT, the world's first LTE-R network on a high-speed train is live.

The new Wonju-Gangneung high-speed train can travel up to 155 miles per hour and the track is 75 miles long. It was clearly built with the crowds of the Winter Olympics in mind, as the press release states that the train "will provide the public faster, easier access to the largest winter sports facilities in Korea, including PyeongChang." LTE-R will operate across the line's seven stations, and works with older technologies, such as the Trunked Radio System, VHF systems, and the public safety network (PS-LTE).

LTE-R, or LTE-Railway, is a wireless communication system to connect those operating and working on trains with those on the ground. It allows for fast, reliable communication and signaling, overcoming the challenges of using an LTE network at high speeds. It includes features such as Mission-Critical Push-to-talk, or MCPTT, and a dedicated core network to operate the service.

Samsung is the supplier for five different LTE-R projects in South Korea. The technology is already in place on the Busan Metro line, which was launched in April 2017. This is the first application of the technology to a high-speed train line.

Update: This article was updated to reflect the correct length of the track.

In this article: lte-r, samsung, tomorrow, train, transportation
All products recommended by Engadget are selected by our editorial team, independent of our parent company. Some of our stories include affiliate links. If you buy something through one of these links, we may earn an affiliate commission.