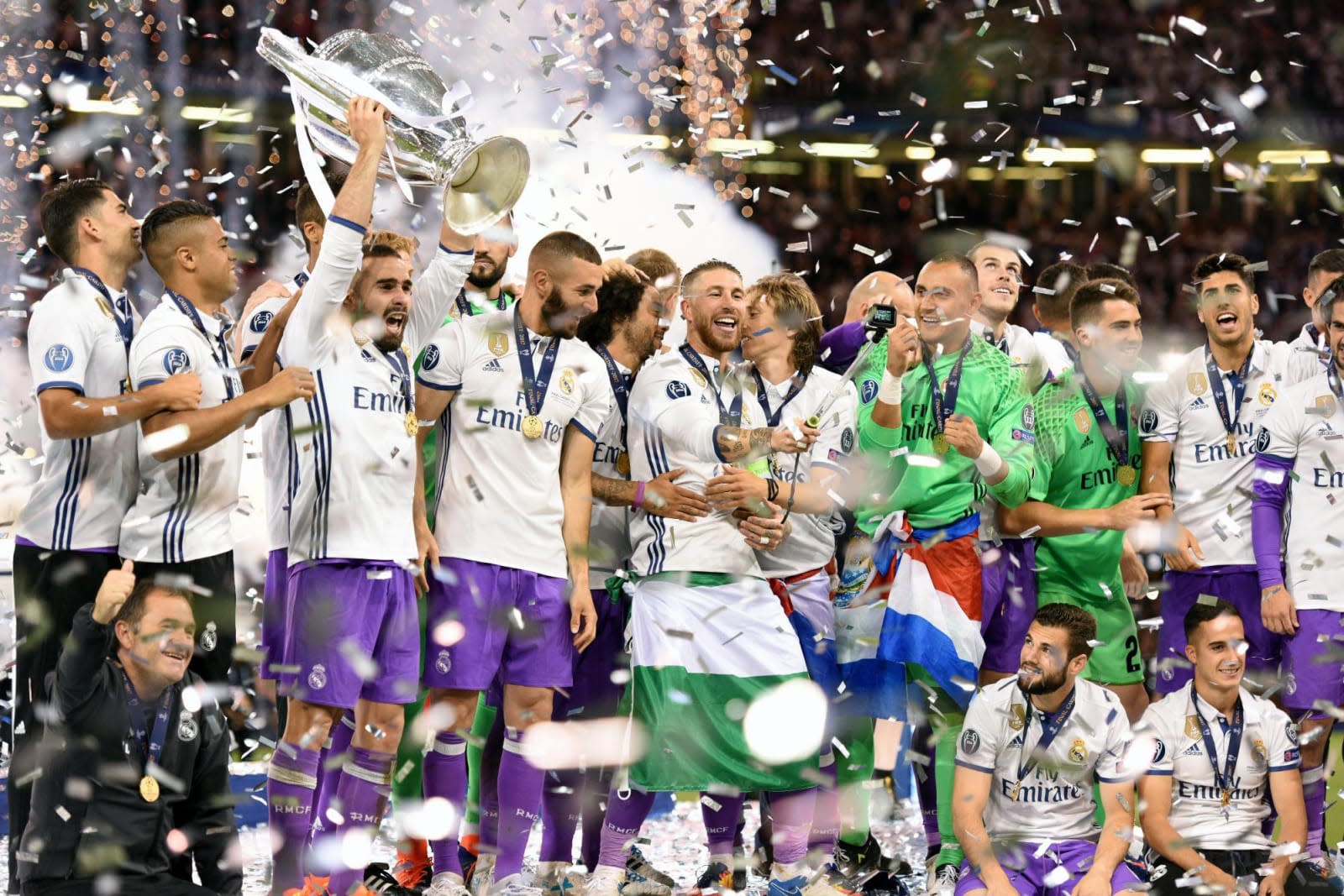 Tearing a leaf out of the English Premier League's playbook, the Union of European Football Associations -- better known as UEFA -- has been granted the power to block illegal match streams by the UK's High Court. UEFA won't actually be doing any of the dirty work, of course. Rather, the injunction allows UEFA to instruct the UK's biggest ISPs (BT, Virgin Media, Sky, TalkTalk, EE and Plusnet) to do the blocking on its behalf. Instead of targeting random websites hosting illegal football (yes, we mean soccer) streams, this particular anti-piracy measure stops the signal at the server level, effectively killing the weed at its root.

The Premier League won an identical court order in early March, at the tail end of the 2016/17 season. ISPs are no strangers to requests to restrict torrent sites and such, but what's unique about their arrangement with the Premier League is that they block illegal streams in real-time, as matches are being played. The technology that's used to find streams and track down the servers hosting them is something of a trade secret. Naturally, the League would rather pirate captains didn't know the whole process, thereby giving them the opportunity to come up with a workaround. Brits can still circumvent the blocks with VPNs, but in that sense only a few enterprising fish are wriggling through the net.

The reason the Premier League sought the injunction in the first place is because it's so easy (or at least it was) to watch matches for free. You don't need to be at all tech-savvy to hook a Kodi box up to your TV, download the right plugins and press play. And if people stop paying for sports channel packages, broadcast rights start losing their value. By blocking streams at the server level, in real-time, you cut the feeds the user-friendly, pirate IPTV services rely on. Kodi particularly, you may've seen, is being hunted by rights holders with escalating intensity, even if it's third-party plugins responsible for the witchcraft.

The Premier League, which flexed its court order by blocking over 5,000 server IP addresses during the last two months of the 2016/17 season, renewed its license to block in July to cover the whole 2017/18 season. And like that injunction, UEFA seeking permission from the UK's High Court for one of its own was little more than a formality. After all, UEFA's application is backed by the Premier League and the Formula One World Championship, and supported by all major ISPs barring TalkTalk, which communicated neither approval nor complaint to the courts (the provider reacted the same way to previous applications). What's more, UEFA is using the same classified technology to identify illegal streams, so judge Justice Arnold was hardly going to deny the football association blocking powers having overseen the Premier League's applications.

The only difference this time around is the injunction contains "an additional safeguard" against over-blocking -- a scenario whereby UEFA might be throwing so many IP addresses at ISPs that servers get blocked or remain blocked erroneously. Justice Arnold noted, however, that there's no evidence injunctions issued to date have resulted in this to any great extent. As with previous court orders, UEFA's has an expiry date. The association's kicks in on February 13th next year and ends on May 26th, which just so happens to cover the entirety of the Europe-wide UEFA Champions League tournament. BT is doubly invested this year, since it's both the exclusive pay-TV broadcaster of the matches -- it pays UEFA hundreds of millions of pounds a year for this privilege -- and it's responsible for blocking illegal streams as and when they pop up.

In this article: av, entertainment, football, gear, highcourt, kodi, piracy, PremierLeague, soccer, streaming, UEFA
All products recommended by Engadget are selected by our editorial team, independent of our parent company. Some of our stories include affiliate links. If you buy something through one of these links, we may earn an affiliate commission.