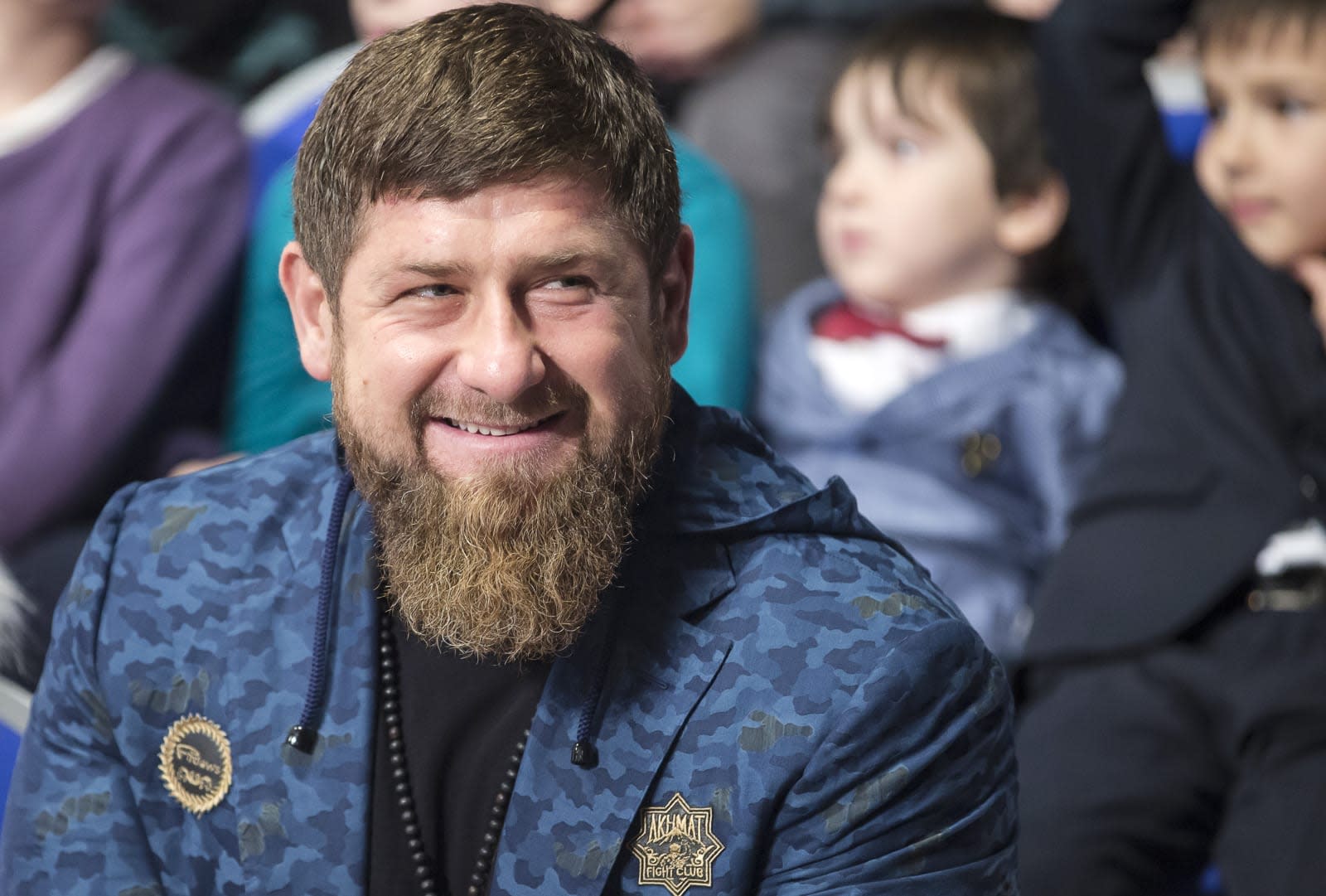 Ramzan Kadyrov, Head of the Chechen Republic and one of Vladimir Putin's staunchest allies, was a frequent Facebook and Instagram user up until recently. The controversial leader found himself locked out of both social networks on December 23rd, leaving him unable to post photos of himself snuggling tigers and death threats against Chechnya's and Russia's critics. A Facebook rep told The New York Times that the company was legally obligated to boot Kadyrov off its platforms after the US imposed financial and travel sanctions on him.

The United States added Kadyrov to the sanction list due to multiple allegations of human rights violations -- his name is frequently linked to torture, kidnapping and murder. While people in the strongman's crosshairs are probably happy that they won't have to read his threats on social media, the deletion of his accounts reflects poorly on Facebook. The social network hasn't banned other people hit by US sanctions, after all, including Venezuelan President Nicolas Maduro who the US describes as "a dictator who disregards the will of the Venezuelan people."

Clearly, Facebook doesn't have a hard and fast rule when it comes to dealing with accounts owned by people in the sanction list. If it does have a rule, which doesn't appear in its community standards page, then it definitely hasn't been consistently implementing it. The fact that the travel and trade sanctions imposed on Kadyrov have nothing to do with social media is a point of contention, as well.

"This sanctions law, which was written for one purpose, is being used to suppress speech with little consideration of the free expression values and the special risks of blocking speech, as opposed to blocking commerce or funds as the sanctions was designed to do. That's really problematic."

Russian internet watchdog Roskomnadzor demanded answers from Facebook a few days after Kadyrov's ban came to light. The man himself says he's not affected by what he describes as "petty US rat race," but wants to ask the government: "Where is your praised democracy and the right of citizens to receive information? Or do 4 million followers (his combined Facebook and Instagram followers) mean nothing?"

In this article: chechnya, facebook, gear, internet, RamzanKadyrov, sanction, socialmedia, socialnetwork
All products recommended by Engadget are selected by our editorial team, independent of our parent company. Some of our stories include affiliate links. If you buy something through one of these links, we may earn an affiliate commission.