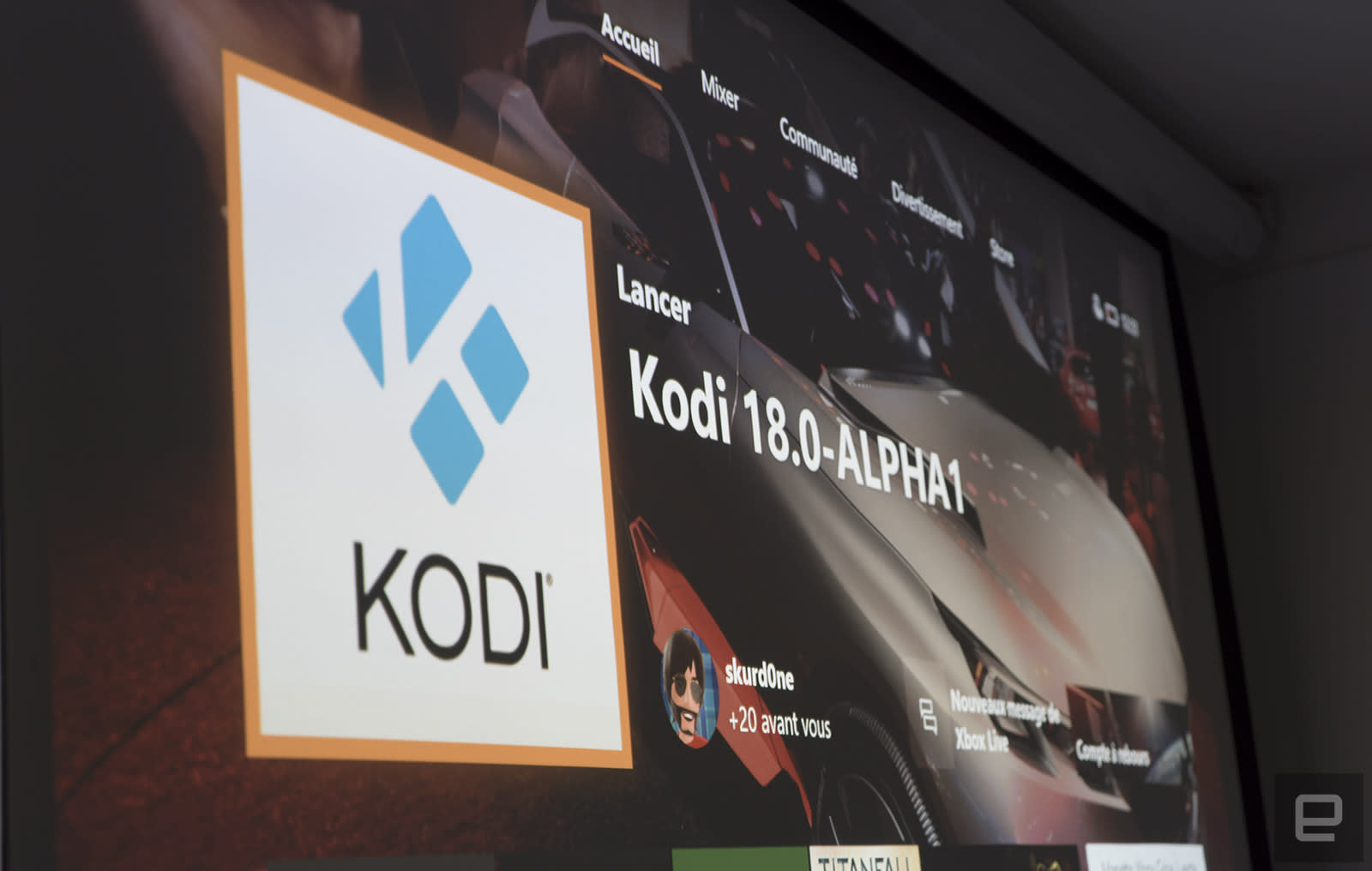 Media streaming software Kodi used to be known as XBMC (Xbox Media Center), but ironically, one of the few devices it hasn't worked on is the Xbox One -- until now. Kodi has unveiled version "18.0-Alpha1" for the Xbox One, giving owners of the console a (rough) streaming option. While it looks just like the Windows 10 and other versions of the app, the current version may be unstable and can't access your Blu-ray drive or attached storage (via USB 3.0), unfortunately.

In addition, it can only access your video and music folders in a limited way, and network support is limited to NFS:// shares. "Due to the nature of how UWP (Universal Windows Platform) works, our hands are tied in some areas," Kodi noted. "Some parts are not even finished yet and our developers are still working on getting it up to the regular standard."

Kodi's road to an Xbox One app is kind of interesting, if you're an Xbox history buff. XBMC was originally developed for the Xbox because it was one of the few affordable devices with a TV out, Kodi notes. As smartphones, tablets, the Raspberry Pi, and numerous dedicated boxes came on the market, however, the developers stopped working on the Xbox itself, while porting it to many other platforms.

"It was thought by the team that getting Kodi (XBMC) running on newer Xbox versions would be wishful thinking and we would never see that happen anymore," Kodi wrote. However, once the team managed to get Kodi repackaged first as a 32-bit UWP app, then in a 64-bit version, the Xbox One port became feasible.

If you're willing to try out the early alpha app, it's now available on the Xbox One store. If not, you can always use Xbox One's built in Media Player or use the popular Plex app (the free version lets you play your own files). You can also stream on Xbox One with the VLC app.