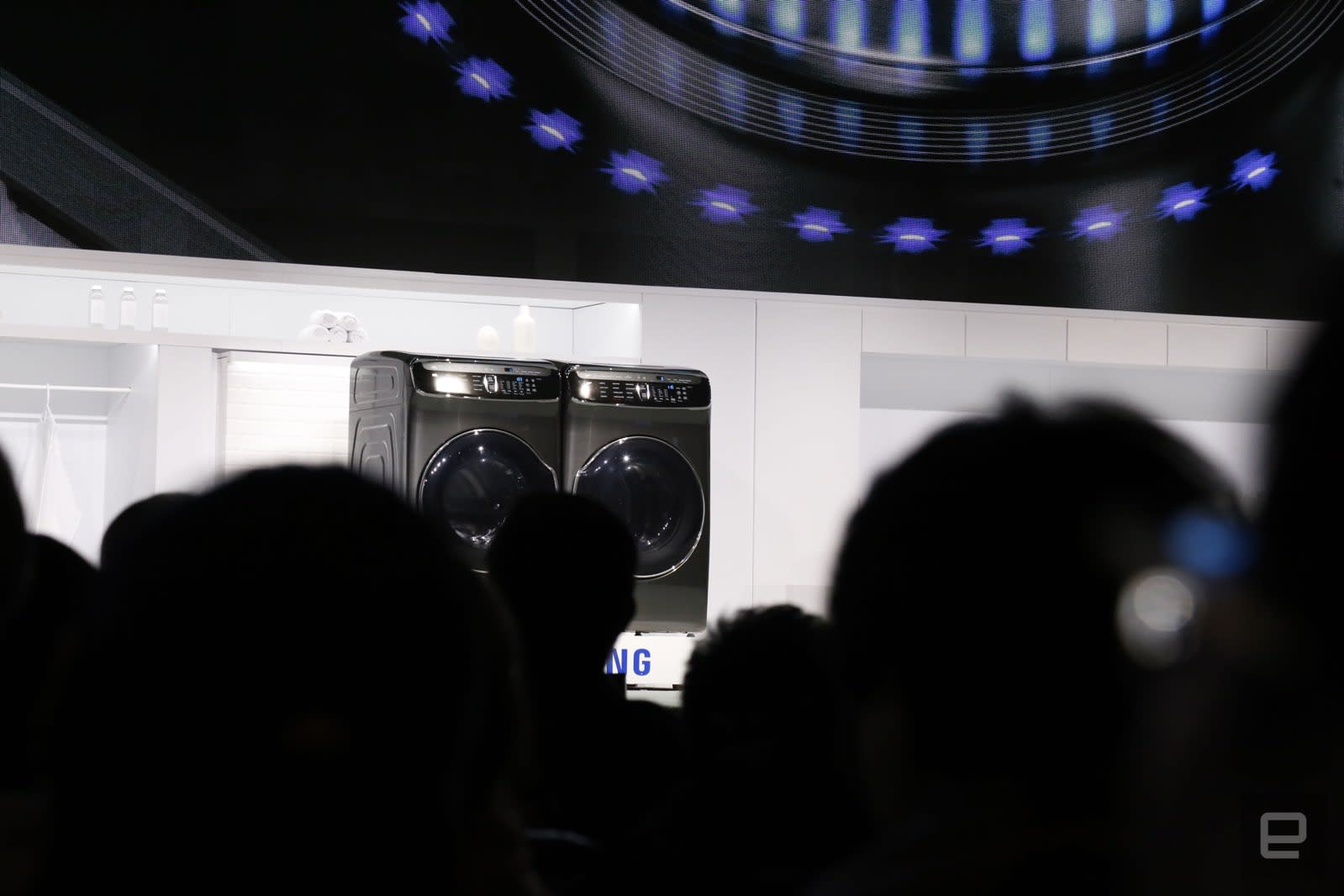 One downside of announcing most of your new products in the days leading up to your keynote is that the surprise has gone. Thankfully, while devices we'd already seen were trotted out on the dais, we could spend our time watching the YouTube commentary that accompanied the stream. Since this is the internet, the bulk of the statements were offensive drivel, but a few were entertaining. In fact, these brave YouTube souls offered us a masterclass in corporate trolling. Emotions ran high during the conference. People are curious about if Samsung's new TVs and fridges will get the Galaxy Note 7's most famous feature. There was concern if the company would announce a phone, even though that normally happens in Spring. No, we don't know either. Uh-oh, we've got an iPhone user in the house. You'd think people would have forgotten about those exploding smartphones and washing machines by now. And another reminder of the Note 7's propensity to burn, in emoji. But for pure commitment, telling the epic story of the Galaxy Note 7 in emoji deserves some sort of literature award.

Click here to catch up on the latest news from CES 2017.
In this article: 2017, CES, CES2017, culture, internet, Keynote, samsung, YouTube
All products recommended by Engadget are selected by our editorial team, independent of our parent company. Some of our stories include affiliate links. If you buy something through one of these links, we may earn an affiliate commission.