Ever since Toshiba stopped making consumer notebooks, it's been quietly regrouping and fine-tuning its business-grade notebooks. Here at CES 2017, Toshiba is showing off its first convertible laptop with a 360-degree hinge for business users. It's called the Portégé X20W and, after my brief hands-on with it, I'm taken with its sturdy build, sharp design and promised endurance. But its lack of ports are a questionable decision to me. The X20W's magnesium alloy frame and slim 15.4mm profile made it sumptuous to look at and touch. I liked how the device's 12.5-inch full HD screen (made of Gorilla Glass) did not flex, even as I held the notebook up just by its top right corner. The 360-degree hinge is also sturdy enough to support the Portégé's weight regardless of whether it's been set up in laptop, tablet or tent modes.

Speaking of, the whole thing only weighs 2.5 pounds. Even though that's the same weight as the 14-inch Lenovo ThinkPad X1 Carbon, the Toshiba system somehow managed to feel lighter. Plus, the company is boasting that the new Portégé can provide up to 16 hours, which is longer than the 15 hours Lenovo promises on the ThinkPad. 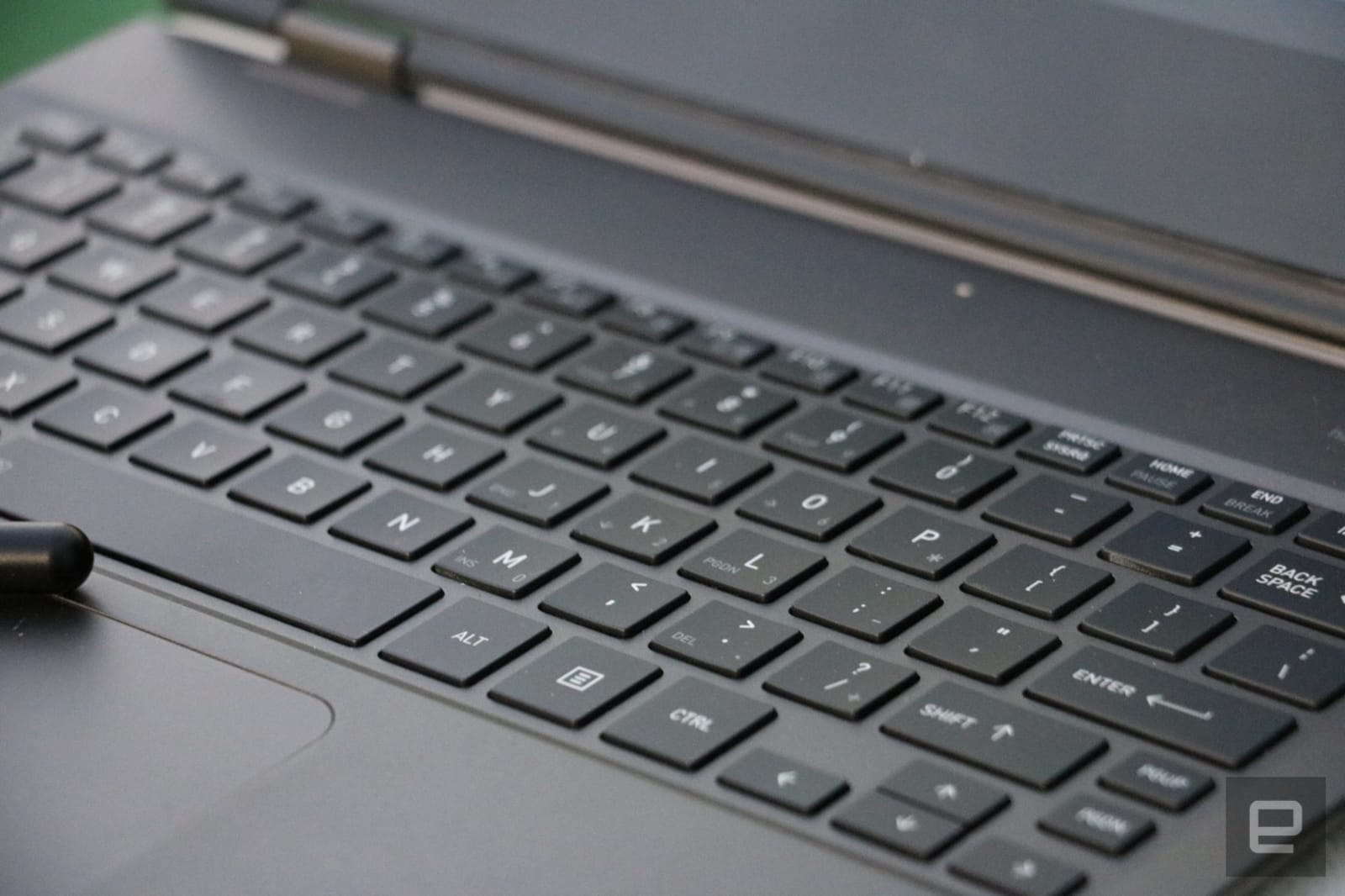 I still prefer the ThinkPad's keyboard, but the Portégé's deck was well spaced and comfortable to type on, at least for the few short sentences I entered. The touchpad was responsive during my testing, and depressing the touchpad to register clicks was easy enough and doesn't require too much force. On it sits a fingerprint scanner that you swipe your finger on to unlock your computer or access specific apps.

In addition to the fingerprint reader, the laptop also has two cameras and two microphones to supports facial and voice login via Windows Hello.

The Portégé also comes with a Wacom-designed pen that has a finer nib than I've seen on other active stylii. I easily sketched random doodles and wrote the word "Engadget" over and over again, and appreciated how smooth and lag-free it was. 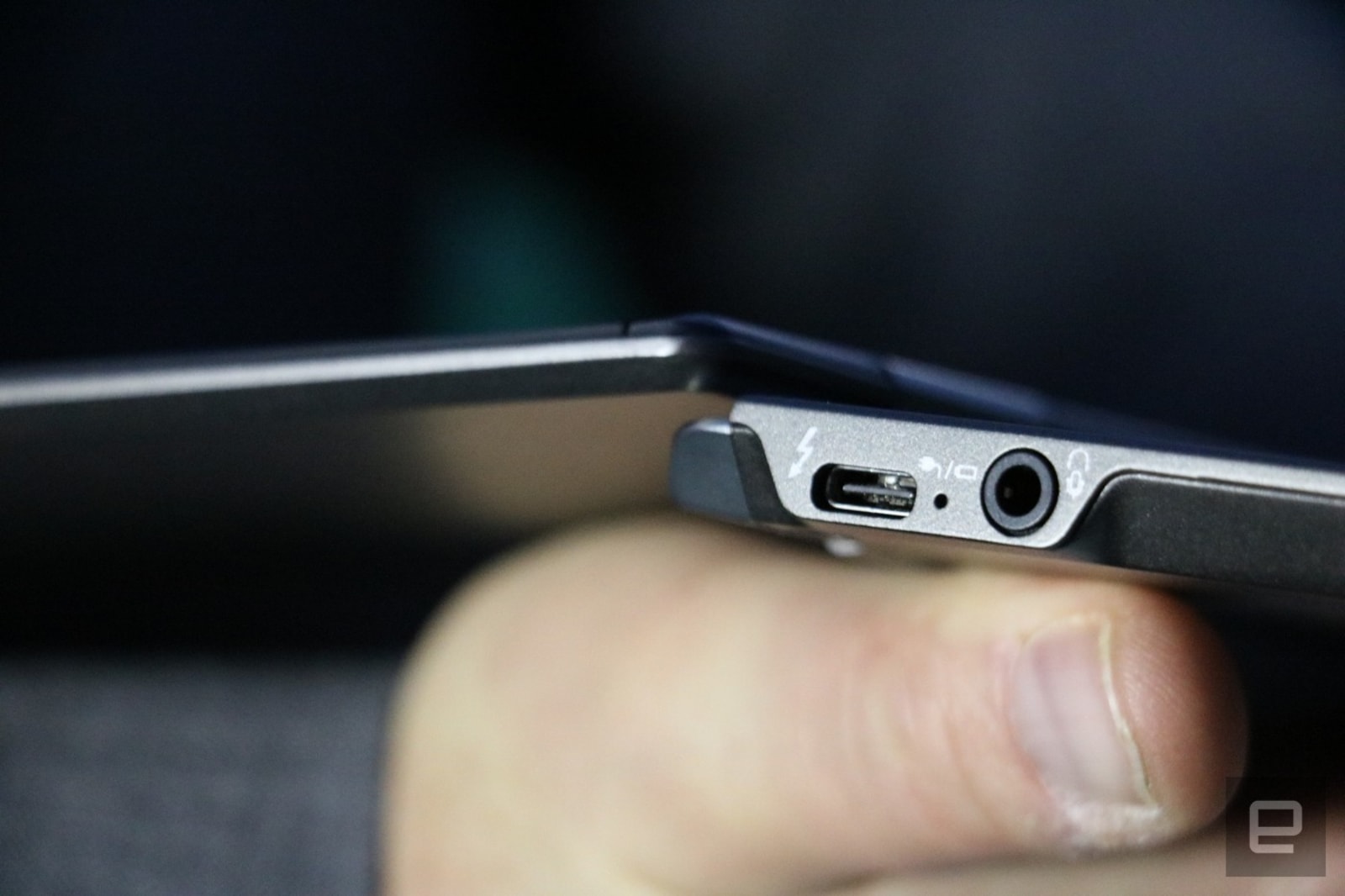 The X20W starts at $1,199, including the pen, with a respectable list of specs. You'll get a seventh-generation Intel Core i5 processor, 8GB of RAM and a 256GB SSD to start, and the system ships with Windows 10 Pro. My biggest gripe with the laptop is that, for a device that's meant for business users, only having two ports (USB-C with Thunderbolt and a full-size USB 3.0 connection) is potentially limiting. Toshiba will include an HDMI dongle so that people who want to stream their content to a bigger screen can still have that option, but otherwise the company believes it's future-proofing the new Portégé by offering USB-C and Thunderbolt.

If that lack of ports doesn't put you (or your company's computer buyer) off, you can start ordering the Toshiba Portégé X20W in the middle of January.

Click here to catch up on the latest news from CES 2017.
In this article: gadgetry, gadgets, gear, laptops, notebooks, personal computing, personalcomputing, toshiba
All products recommended by Engadget are selected by our editorial team, independent of our parent company. Some of our stories include affiliate links. If you buy something through one of these links, we may earn an affiliate commission. 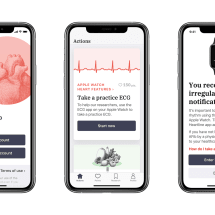