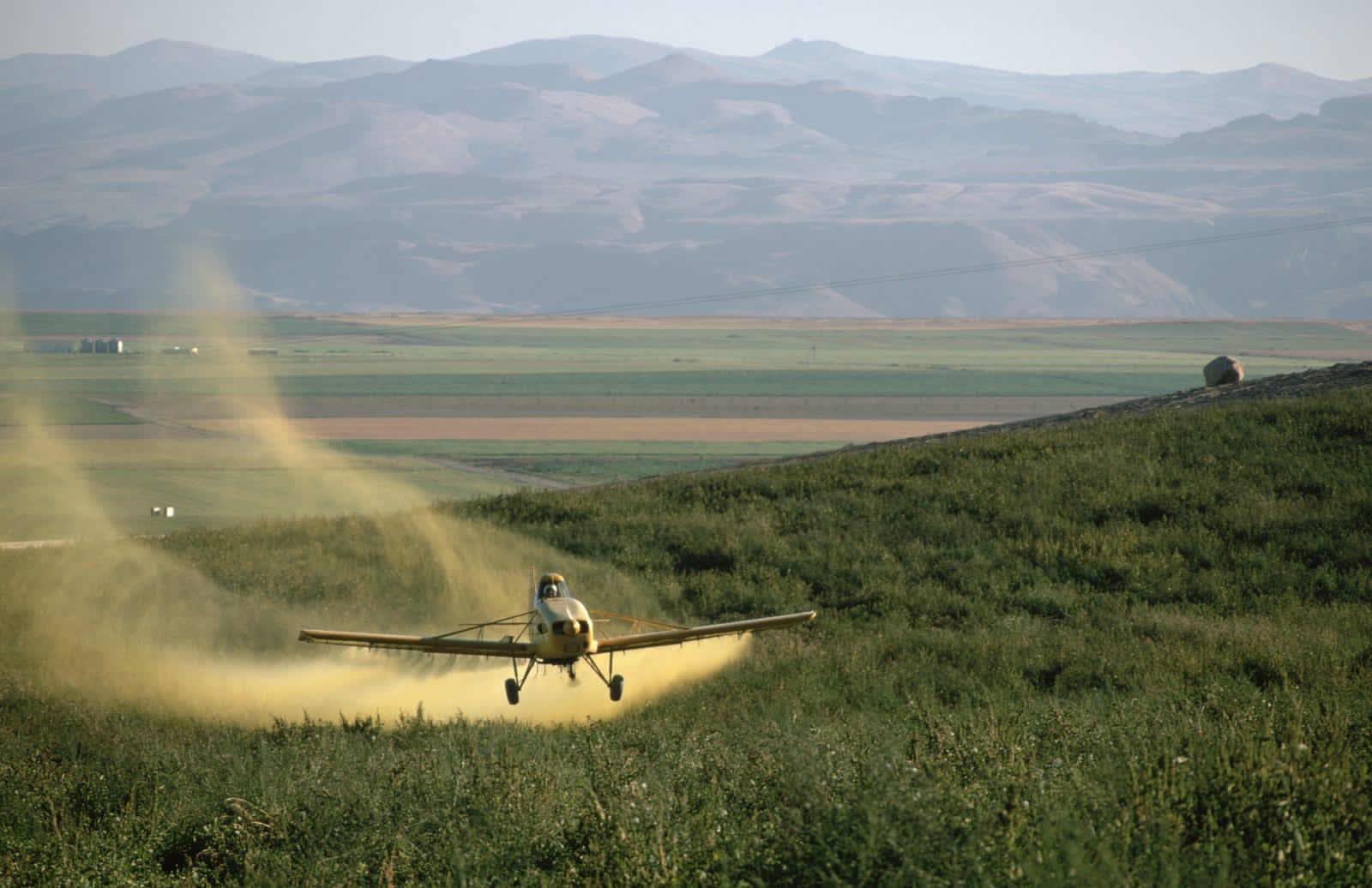 Scientists have developed a clay-based RNA spray that turns off certain genes in plants, making them resistant to a virus for up to 20 days. With a single treatment, the researchers were able to protect tobacco plants from the "pepper mild mottle virus," a serious disease transmitted by humans during farm operations. On top of crop protection, the technique could be used to modify the color, taste and appearance of plants, but unlike with GMO plants, the underlying DNA would not be changed.

The "dsRNA"-based spray developed by the University of Queensland researchers, called BioClay, works on the principal of "gene silencing." When applied, it's absorbed by the plant leaves and deactivates, or silences, a certain gene, causing the cells to cut up the virus's RNA. Other cell defenses can then identify it as foreign and destroy it. "Once BioClay is applied, the plant 'thinks' it is being attacked by a disease or pest insect and responds by protecting itself from the targeted pest or disease," says research lead Neena Mitter.

The technique is well-known, and plenty of researchers and companies like Monsanto have been trying to commercialize it. Until recently, the largest barrier was the expense of the RNA material -- enough of it to treat a small field (several grams), cost more than $100,000. However, John Killmer told New Scientist that his biotech firm, Apse, aims to produce the same amount for under $2 per gram.

A single spray of BioClay protects the plant and then degrades, reducing the risk to the environment or human health.

Another problem: no other teams have managed to make the technique last longer than a few days. The University of Queensland team's trick was to develop a base for the RNA that would stick to the plant and continue to be absorbed over time. "Once loaded on [clay nanosheets], the dsRNA does not wash off, shows sustained release and can be detected on sprayed leaves even 30 days after application," the paper says.

While the Queensland team focused on crop protection, the same technique could be used to prevent fruits from rotting. Monsanto, for instance, came up with a technique to dope vase water with RNA, stopping flowers from wilting. Similar techniques could be used to kill potato bugs, aphids and other pests.

The technique protects plants without modifying their underlying genome, but given public opposition to GMO crops, may face similar hurdles. "People are going to say you are taking the RNA and spraying this in the open," biologist Kassim Al-Khatib told MIT Review last year.

However, Mitter begs to differ, saying that unlike pesticides, the material is safe and doesn't linger in the soil or pollute waters. "A single spray of BioClay protects the plant and then degrades, reducing the risk to the environment or human health," she says. And many producers won't tar it with the GMO brush. "I have had organic growers call me up and tell me to hurry up with the technology," Killmer tells New Scientist.

Via: New Scientist
Source: Nature Plants (paywall), Queensland University
In this article: BioClay, Crops, green, Nanosheets, RNA, science, tobacco, UniversityOfQueensland, Virus
All products recommended by Engadget are selected by our editorial team, independent of our parent company. Some of our stories include affiliate links. If you buy something through one of these links, we may earn an affiliate commission.