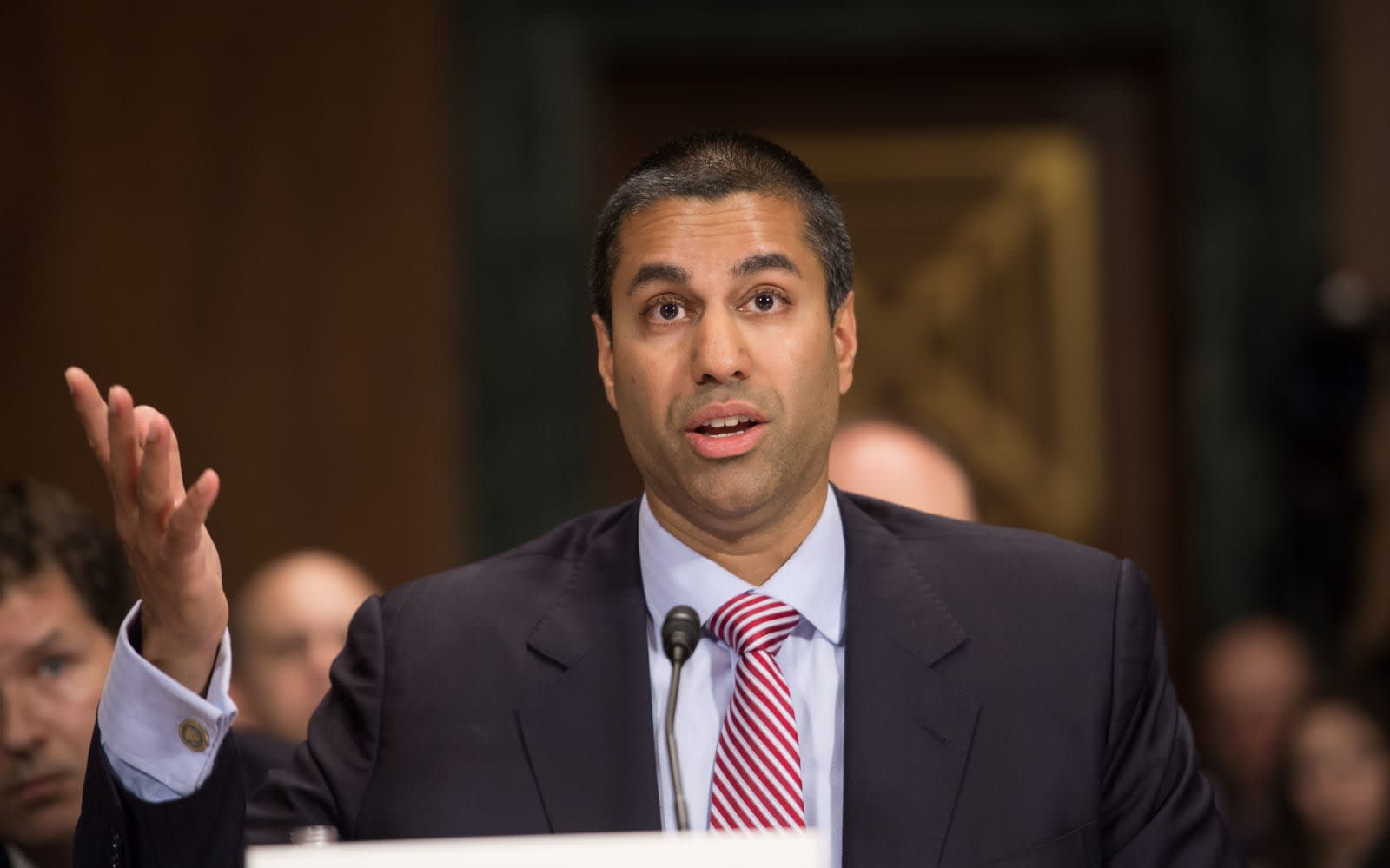 FCC commissioner and outspoken critic of net neutrality Ajit Pai will reportedly be promoted to the agency's top post when Chairman Tom Wheeler steps down today. Pai, who was nominated by President Obama and served as the senior Republican commissioner, would not require Senate approval and his new position could be announced as early as Friday afternoon, Politico reports.

Pai's promotion won't come as a surprise, but his new role should worry any supporters of a fair and open internet. Last month Pai and the FCC's other Republican commissioner Michael O'Rielly sent a letter to telecoms and carrier lobbying groups promising to "revisit" the net neutrality rules laid out in 2015 that protect consumers from practices like pay-for-priority access, blocking and throttling. According to Pai and O'Rielly, these rules for carrier transparency and traffic fairness create "unjustified burdens" for service providers and the pair intend to "undo" them.

Net neutrality won't disappear overnight, however. As Ars Technica noted last month, any rules change would still require months of procedure and public comment. Net neutrality aside, Pai also laid out a Digital Empowerment Agenda in September that he claims will help close the digital divide between the country's rich and the poor by reducing broadband deployment regulations and encourage mobile broadband adoption. Prior to joining the FCC, Pai also worked as an attorney for Verizon other telecoms clients. Politico also notes that his term technically ended last year, but according to the FCC's rules he can stay on until the end of 2017. After that, he'll need to be reconfirmed by the Senate.

Source: Politico
In this article: ajitpai, business, culture, donaldtrump, fcc, FederalCommunicationsCommission, internet, NetNeutrality, politics, telecoms, verizon
All products recommended by Engadget are selected by our editorial team, independent of our parent company. Some of our stories include affiliate links. If you buy something through one of these links, we may earn an affiliate commission.