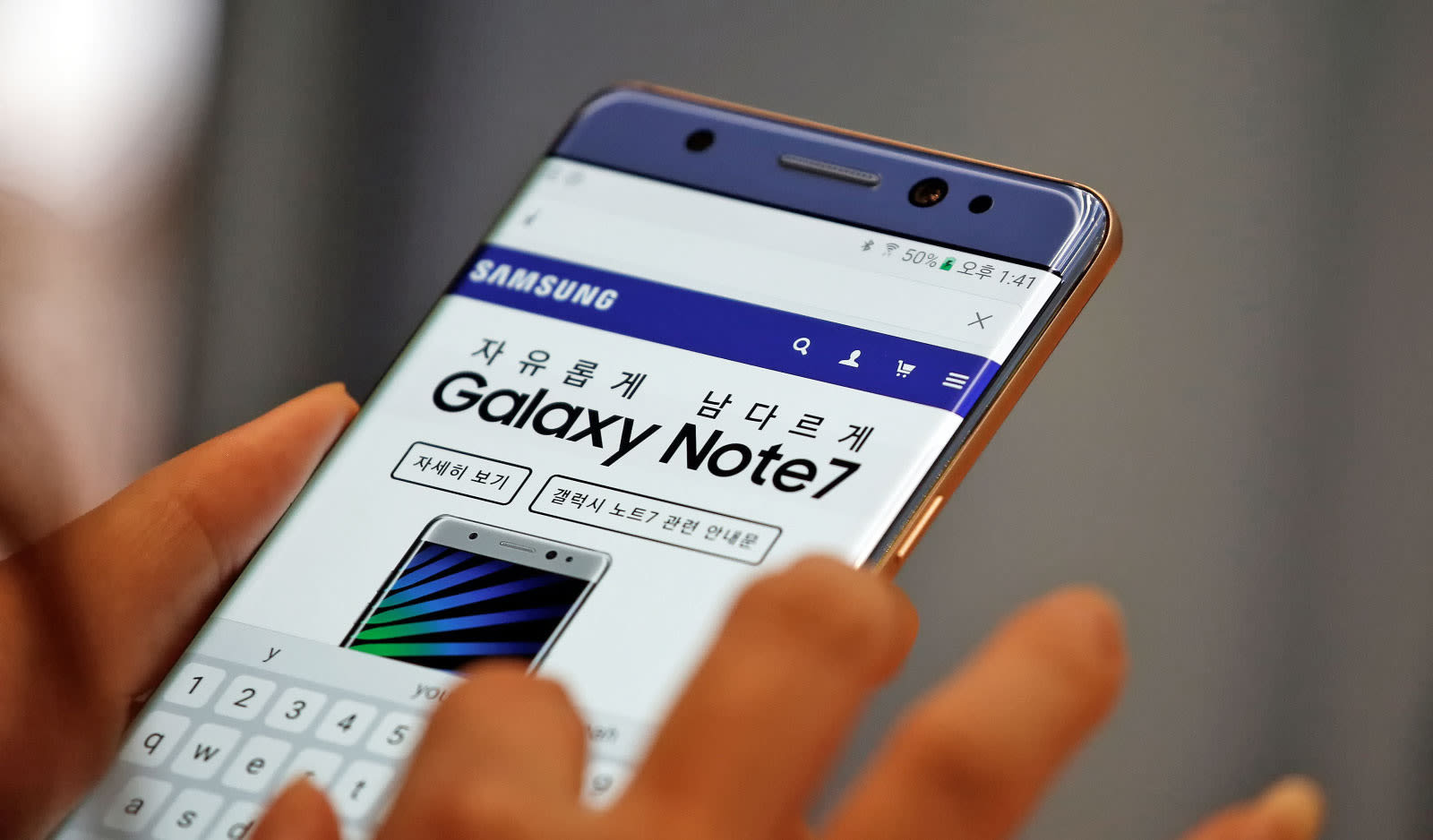 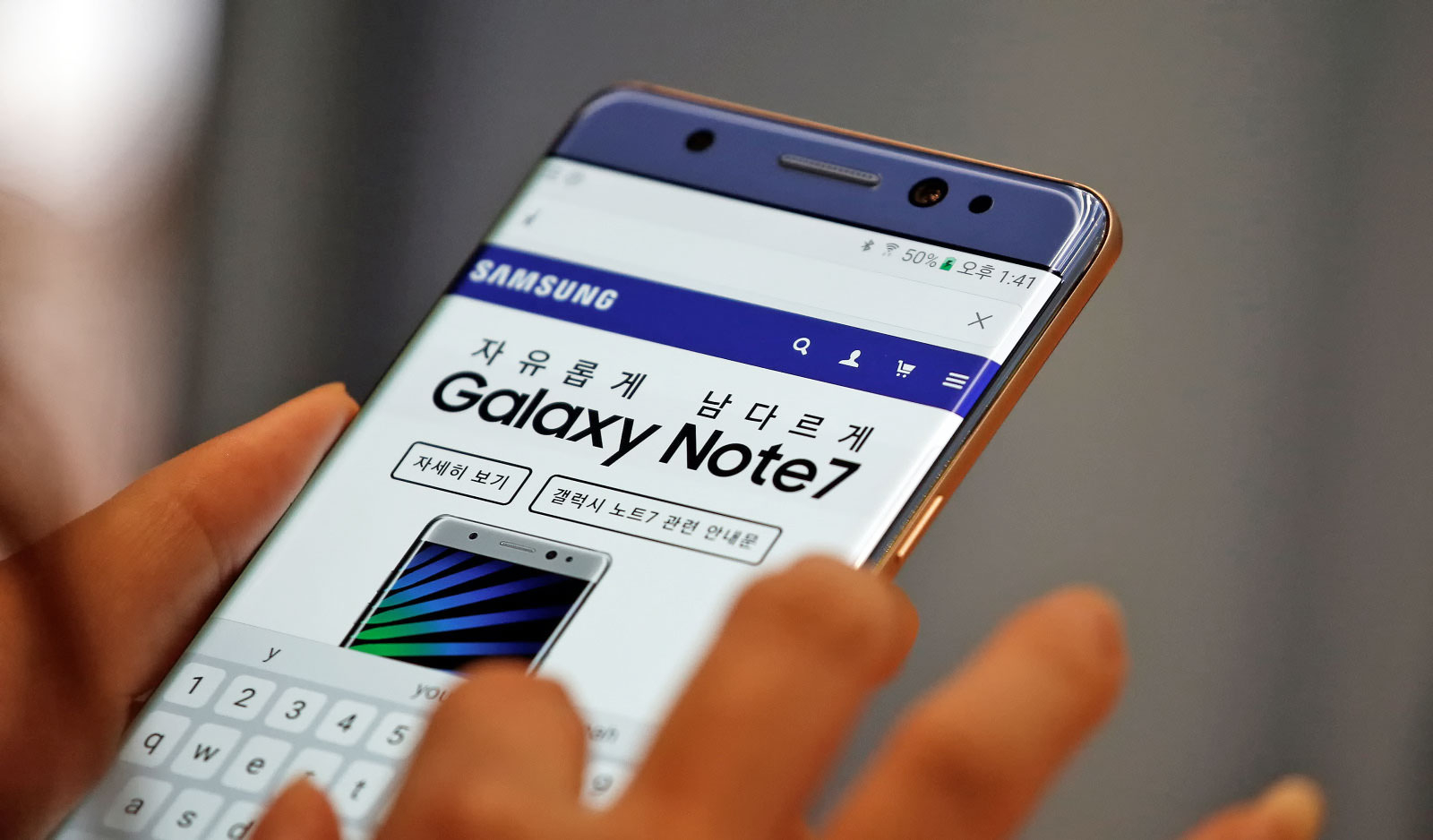 Well, after months of speculation, Samsung has finally announced the results of its Galaxy Note 7 investigation. The official line: those fires were caused by two distinct battery flaws (just as a recent report suggested), not a hardware or software issue. The first flaw had to do with how the Note 7's original batteries were manufactured: their casings were too small to safely fit the electrode assembly inside, which led to short-circuiting. 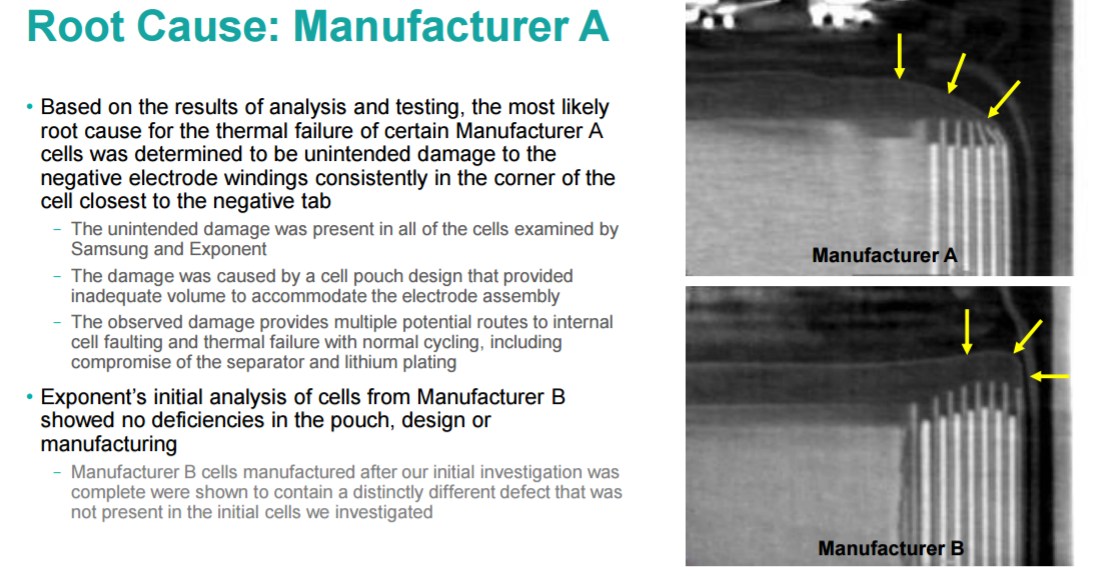 Samsung's suppliers moved to replace those batteries with safer versions, but in their haste, a completely different production flaw was introduced. Welding defects inside the batteries made those supposedly safe replacements prone to short-circuiting and bursting into flames as well. In an pre-event interview with Recode, Samsung Electronics America president Tim Baxter pointed to this production flaw as the final nail in the Note 7's coffin.

"We believe if not for that manufacturing issue on the ramp [of the replacement battery], the Note 7 would still be on the market," he said. 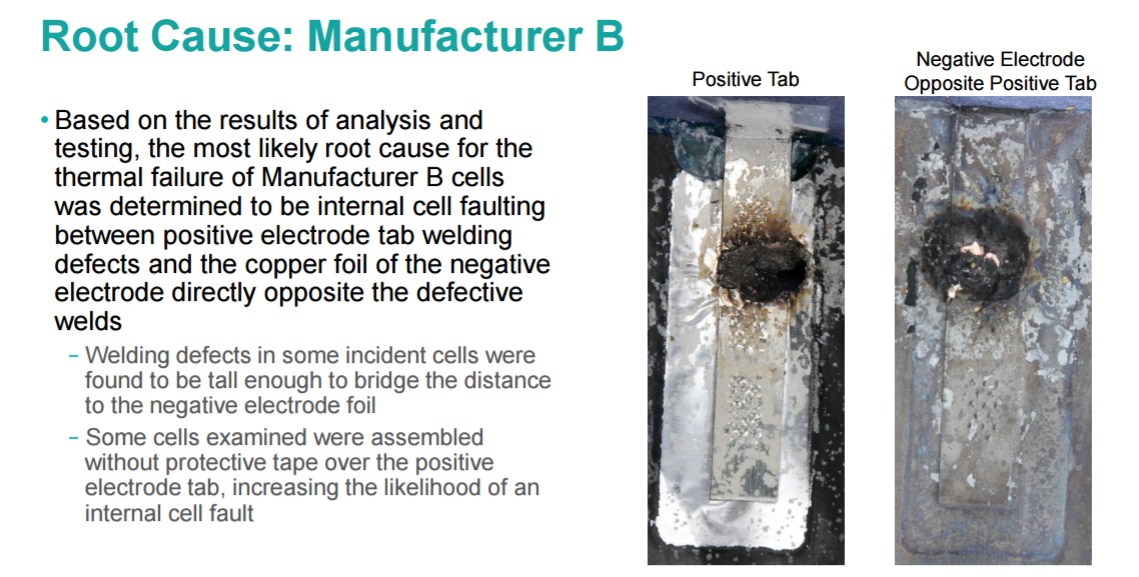 Samsung Mobile chief DJ Koh said he "deeply" apologized to customers for the company's failures, and added that researchers worked to rule out wired and wireless charging, the phone's USB Type-C port and the iris-scanning feature as potential causes. Meanwhile, TUV Rheinland was also asked to see if the way the batteries were stored or transported could have played a role in the matter, but its response was a pretty definitive "no." In its bid to conclusively determine what happened to the Galaxy Note 7, Samsung also built a standalone testing lab, which it was all too eager to share photos of. They're a testament to how seriously Samsung took the investigation, but really, the damage has been done, and now the question on everyone's minds is what happens next. Going forward, Koh said, Samsung will enact a number of changes to its internal processes to avoid making the same mistake down the road. The plan so far: assigning teams to own the crucial final checks for each device's core components, and putting batteries through an eight-point test with steps ranging from visual inspection to x-ray inspection to full disassembly.

With this admission, Samsung hopes to put one of its most notable -- not to mention most public -- failures behind it. The next part of the company's plan is to (hopefully) dazzle would-be customers with next-generation flagship hardware, which will most likely be unveiled at Mobile World Congress in Barcelona next month. Early rumors suggest that the Galaxy S8 will pack an AI assistant that came to Samsung by way of an acquisition, and that there might be a larger version of the S8 meant in some way to replace the Note line.

It's still unclear how the events of the past few months will affect sales of Samsung's new flagship devices, but the company hasn't been hurting too badly as a result so far. While Samsung Mobile saw its operating profit tank in the wake of the Note 7 recalls, a recent Reuters piece suggests the whole of Samsung Electronics will actually report record profits this Tuesday thanks to strong chip sales.

Gallery: Gadgets that have exploded or burst into flames | 7 Photos 7
Source: Samsung
In this article: battery, explosion, galaxynote, galaxynote7, galaxynote7recall, gear, investigation, mobile, note7, recall, samsung
All products recommended by Engadget are selected by our editorial team, independent of our parent company. Some of our stories include affiliate links. If you buy something through one of these links, we may earn an affiliate commission.