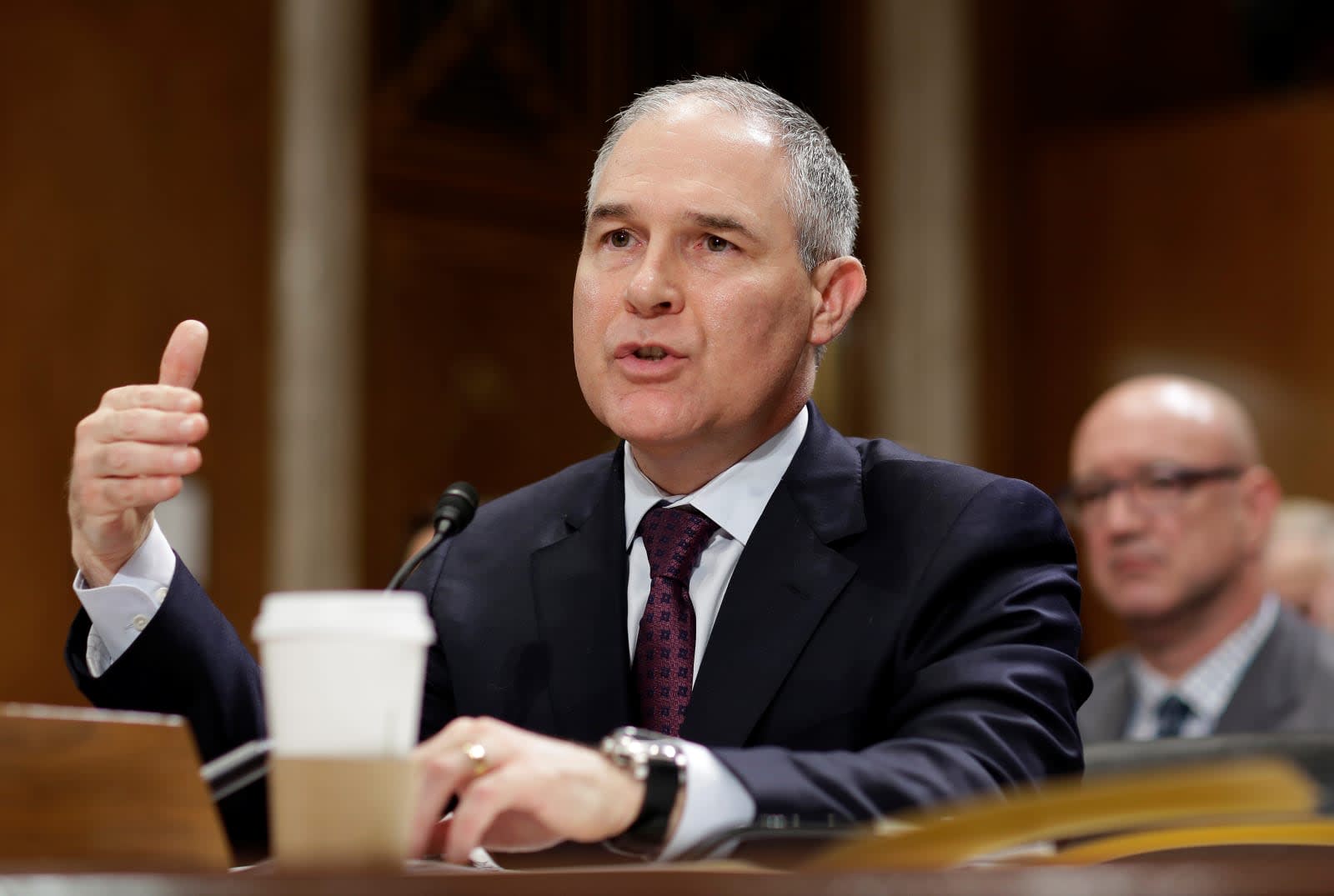 Despite a gag order, Environmental Protection Agency employees are talking to Reuters, informing the outlet that their bosses have been instructed to remove this page from its website (Archive.org). On the official White House website, a page devoted to climate change is now only accessible in its archives, and the EPA section could meet a similar fate. Currently, the webpage displays the effects scientists have already recorded (like 2016 being the hottest year on record), and government initiatives trying to combat the issue.

Trump's selection to head the agency, Scott Pruitt, has not yet been confirmed, but is a noted skeptic of the issue and has sued the EPA before. Myron Ebell led the transition, and told Reuters that "My guess is the web pages will be taken down, but the links and information will be available." The White House has said it's working to "finalize" its online presence, but given Trump's campaign promises to eliminate the Climate Action Plan and Waters of the US Rule, it seems unlikely most of this info will be easy to find.

A group of scientists concerned about the government's ideological agendas is already planning a march on Washington, although details are scarce. Also, scientists have worked to back up climate change data they fear could be removed by the new administration, on projects including Climate Mirror and The Environmental Data and Governance Initiative. To see how other government websites have changed through administrations, the End of Term Web Archive has caches saved from 2008 and 2012.

Update: E&E News reports the Trump administration has suspended plans to remove climate change information from the EPA website following public backlash. It remains unclear is the change is strategy is temporary or permanent.

Source: Reuters
Coverage: EPA
In this article: climatechange, culture, DonaldTrump, EPA, politics, science, ScottPruitt, website
All products recommended by Engadget are selected by our editorial team, independent of our parent company. Some of our stories include affiliate links. If you buy something through one of these links, we may earn an affiliate commission.