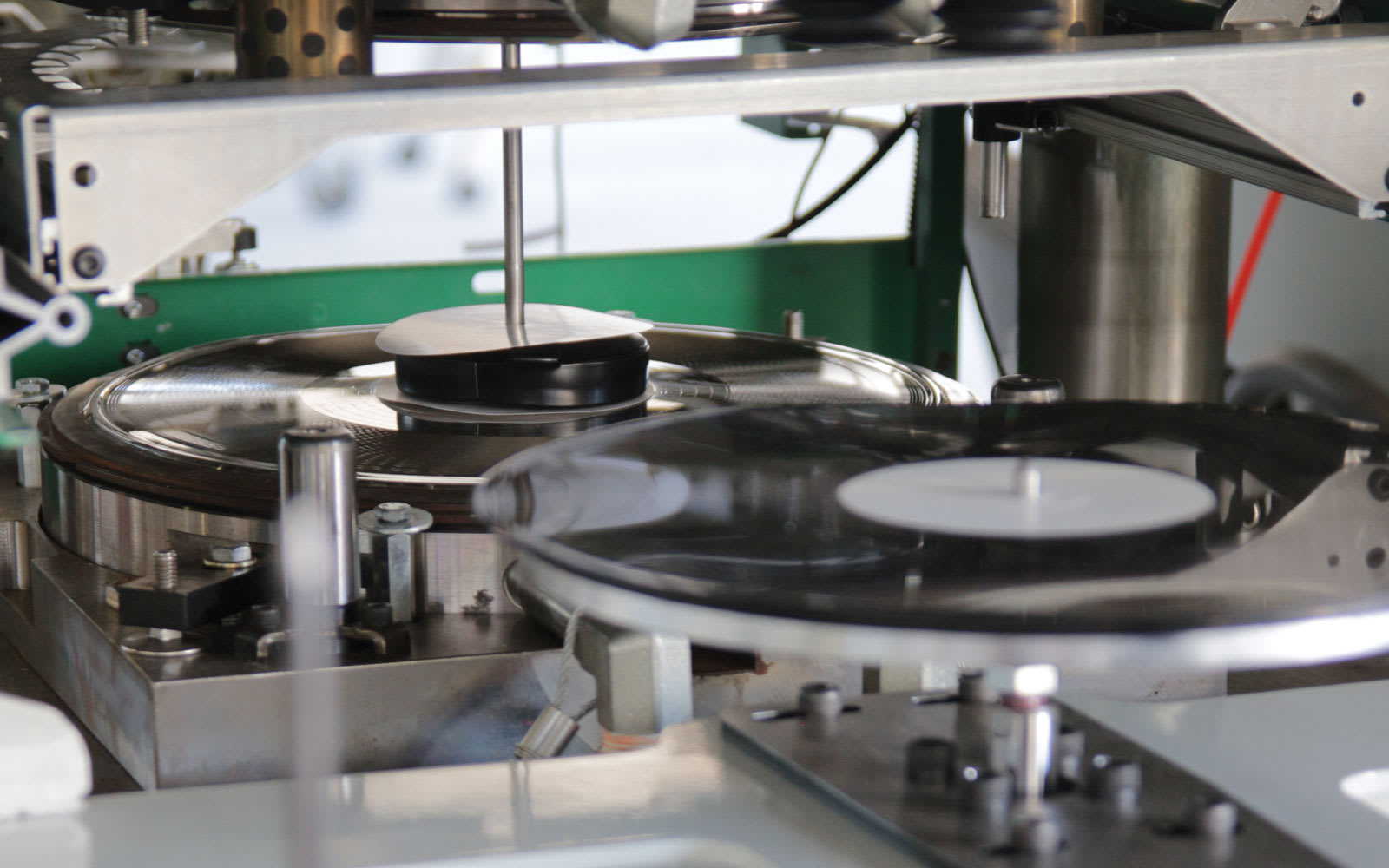 Ever wondered why you sometimes have to wait months after an album's launch to get the music on vinyl? It's not necessarily because the label hates vinyl -- in many cases, it's because the decades-old manufacturing process can't keep up with the format's resurgence. Relief may be in sight for turntable fans, though. Viryl Technologies is producing a pressing machine system, WarmTone, that should drag vinyl production into the modern era.

Much of WarmTone's improvement rests in its use of modern engineering. It's more reliable when producing the "pucks" that become records, makes it easier to switch out stampers (the negatives that press records) and sports a trimming/stacking system that can better handle large-scale production. Also, there's a raft of sensors -- the machine checks everything from pressure to temperature to timing, so companies will immediately know if something goes wrong.

Logically, the interface has been spruced up as well. Touchscreens help control the pressing machine on-site, and workers can check on the state of the machine from their computer or phone.

Only one machine is operating in Dallas right now, and the second will be completed for Toronto's Microforum by early February (next week, if you're reading this in time). And production still takes a while when you're looking at an 8- to 10-week process to turn PVC pellets into something listenable. It could be a force to be reckoned with before long, however. Microforum eventually hopes to run six of the WarmTone machines at once, which would output 24,000 vinyl records per day -- no mean feat for a format that was considered dead for a while. While it's doubtful that vinyl will ever rival the popularity of digital music, Viryl's hardware might just help it thrive by satisfying pent-up demand.

Via: CBC
Source: Microforum, Viryl Technologies (YouTube)
In this article: audio, av, culture, entertainment, gear, manufacturing, microforum, music, record, TL17AUTOM, video, vinyl, viryl, viryltechnologies, warmtone
All products recommended by Engadget are selected by our editorial team, independent of our parent company. Some of our stories include affiliate links. If you buy something through one of these links, we may earn an affiliate commission.