"I almost cried the first time it went 50 kilometers per hour."

Marleen van de Kerkhof is part of the Delft Hyperloop team from the Netherlands. It's been an eventful 12 months for the crew. After qualifying as finalists at the Hyperloop Pod Competition Design weekend in Texas along with 26 other teams, they had to actually build a working pod. Those sketches, models and 3D renderings filled the Kyle Field Hall of Champions at Texas A&M this weekend, where they sped down the 1.25-kilometer tube SpaceX built next to its headquarters in Southern California. The grand finale of the event was the speed run down the vacuum-sealed track. Each pod was carefully placed into the tube in front of a SpaceX-built "pusher" that helps get the vehicles up to speed. Then the door was closed and sealed, with the air pumped out to reduce friction. While the Hyperloop itself is supposed to be quick -- Los Angeles to San Francisco in 30 minutes! -- this process is not. The depressurization takes anywhere from 30 to 45 minutes. 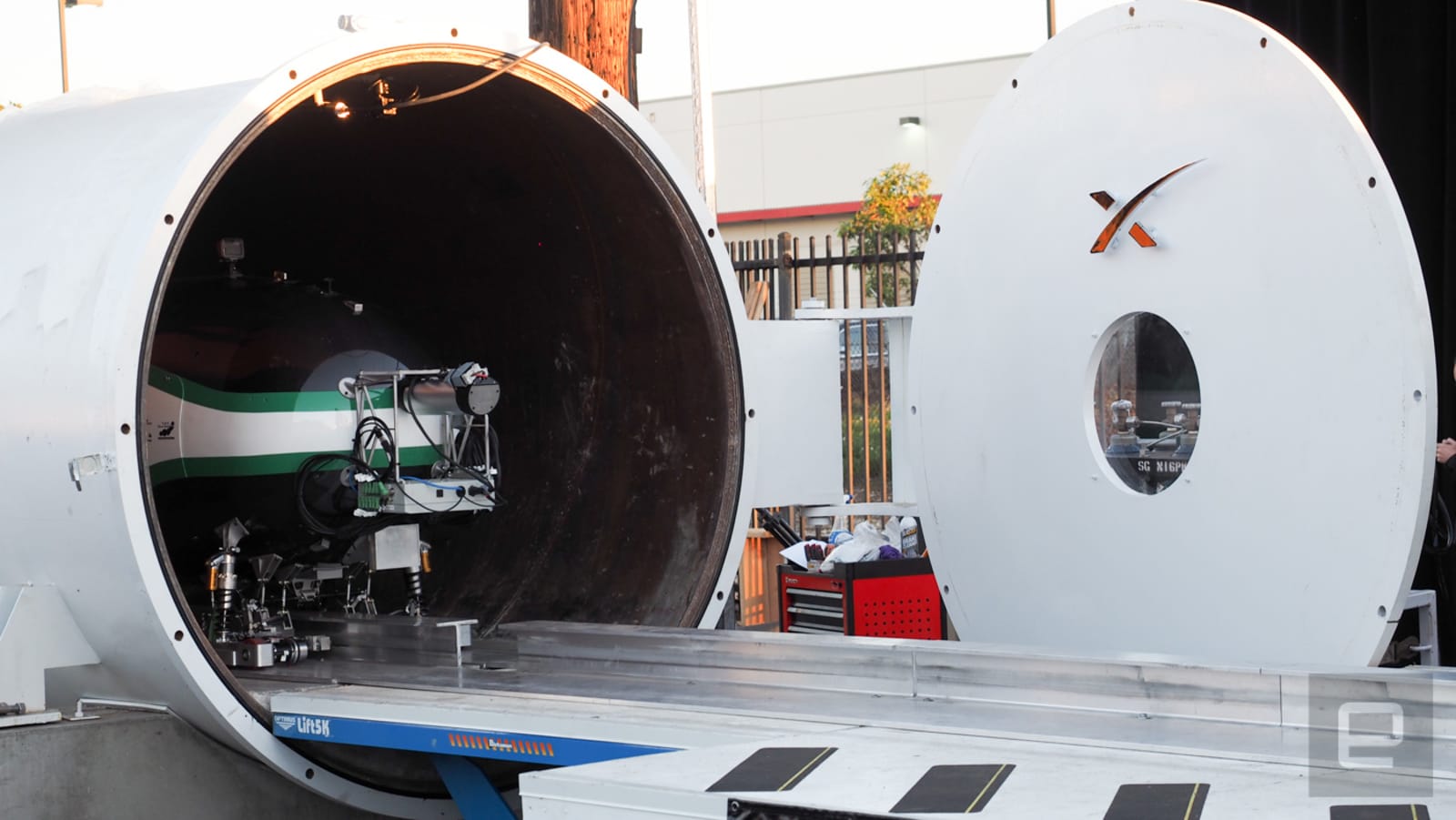 But not all 27 teams got a chance to put their pod into the tube. Each vehicle had to pass a series of tests to determine if it was safe to launch down the tube. After structural, functional, mechanical, navigation and vacuum checks, plus an open-air run (riding down the track without it being sealed), only three teams qualified for a chance to do something they've been working toward for over a year.

It's not surprising that MIT made the cut. The group was the overall winner of the design competition in Texas. The team from Delft University of Technology, and team Warr (pronounced "Varr"), from the Technical University of Munich, also got to test their pods in the vacuum-sealed track. And while Elon Musk's original post about the Hyperloop envisioned cars floating on air, each of the finalists used magnets. 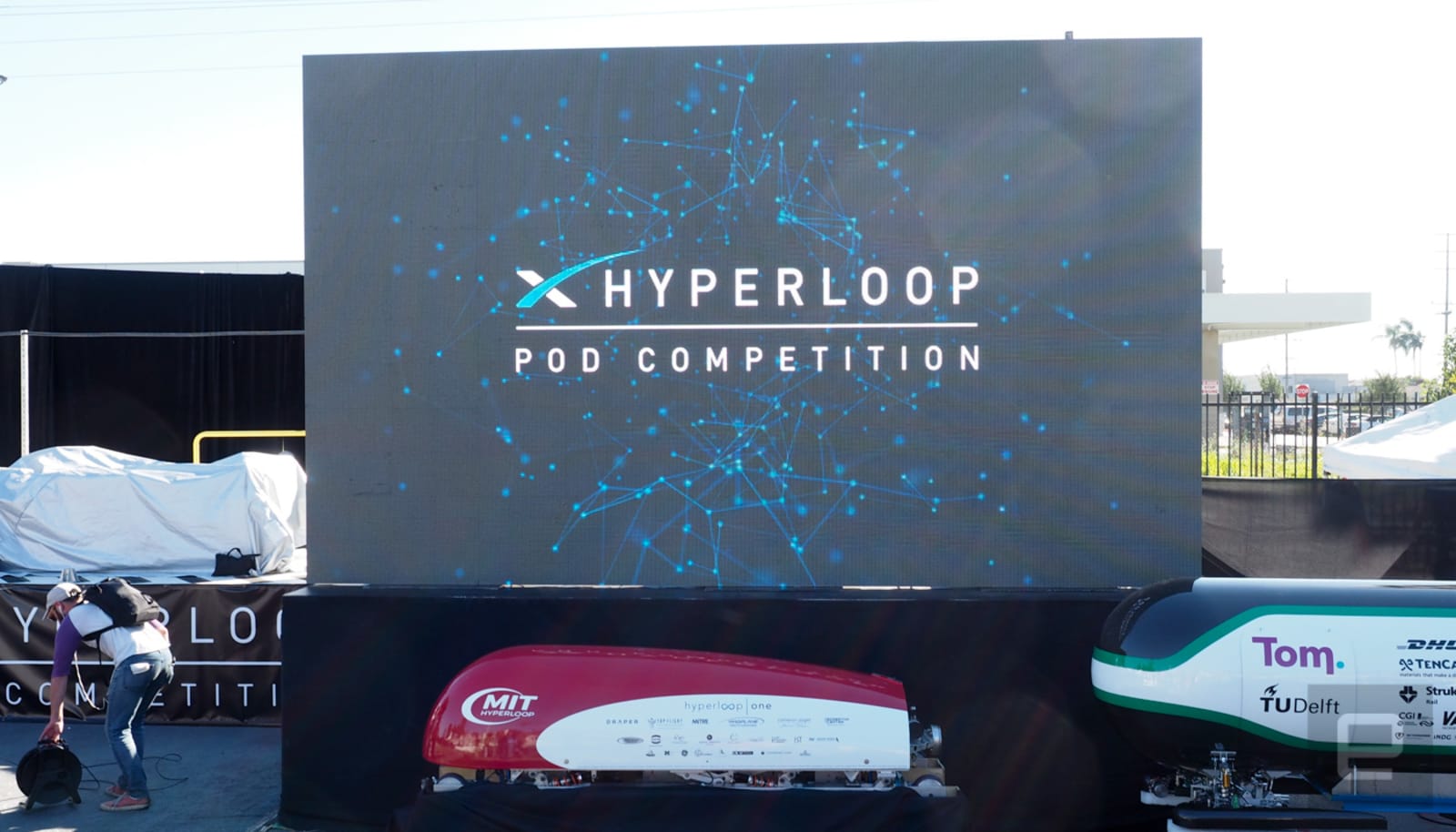 Because this event was originally supposed to be held in late summer 2016, each team had its pod ready to go months ago. The additional time gave them the opportunity to test and tweak their vehicles. Indeed, they continued to make adjustments right up until their runs. Marianna Avezum, from team Warr, told Engadget that her group decided to disable the magnets on their prototype and just use the wheels to reduce friction.

That gamble paid off when the team was awarded the prize Sunday for the fastest run. 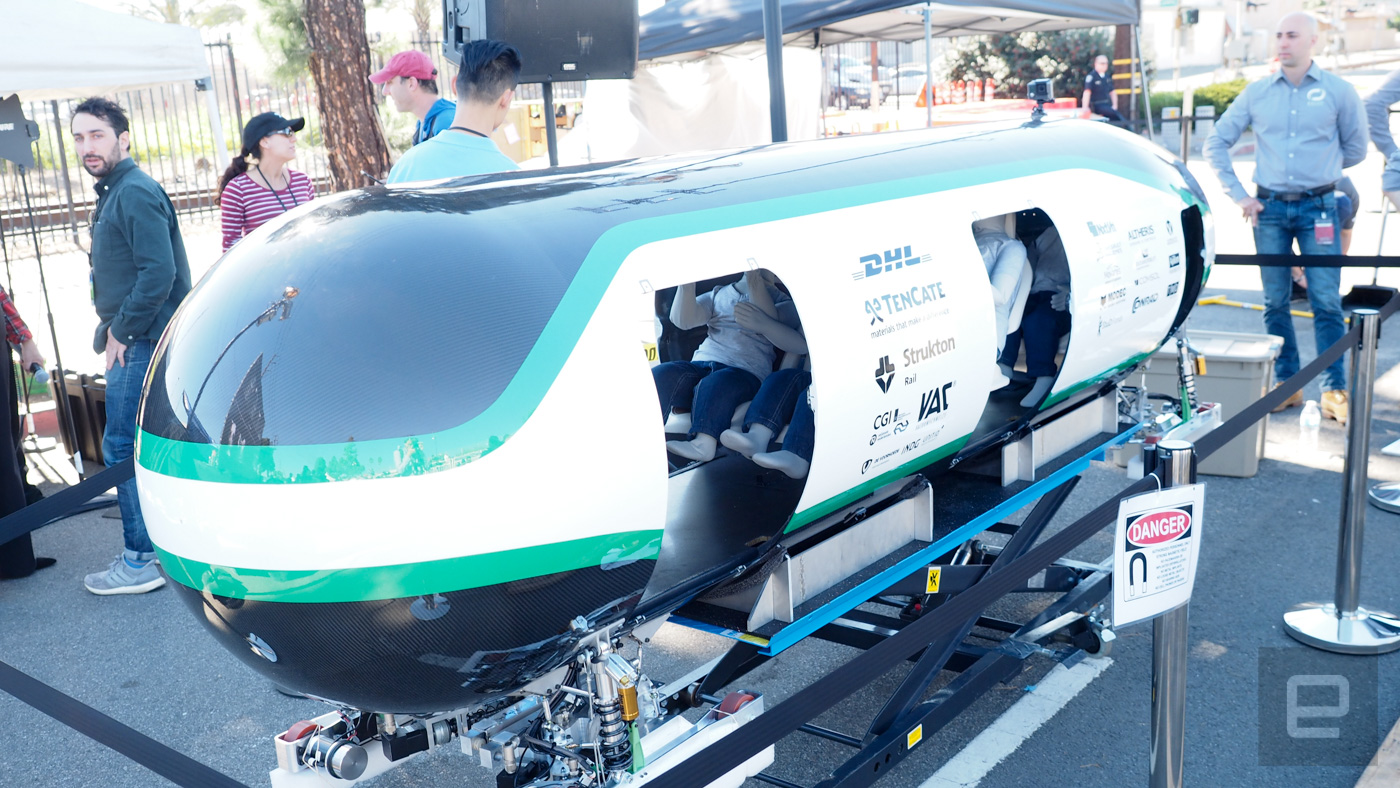 Delft, on the other hand, focused on the overall design, with an eye toward safety and efficiency. Their run ended with the pod not quite making it to the end of the track, but that didn't matter: The team's vehicle, which housed miniature passengers (including one named Elon), notched the highest overall score.

When each winner was announced, there was excitement, laughter and even a few tears. Other awards recognized innovation, construction and performance. The MIT team walked away with one for safety and reliability. And while it's fun to watch what could be the future of transportation unfold before your eyes, frankly, walking around looking at the pods and watching the teams behind them was more inspiring. Despite this being a competition, teams talked shop with one another about their prototypes and technology. 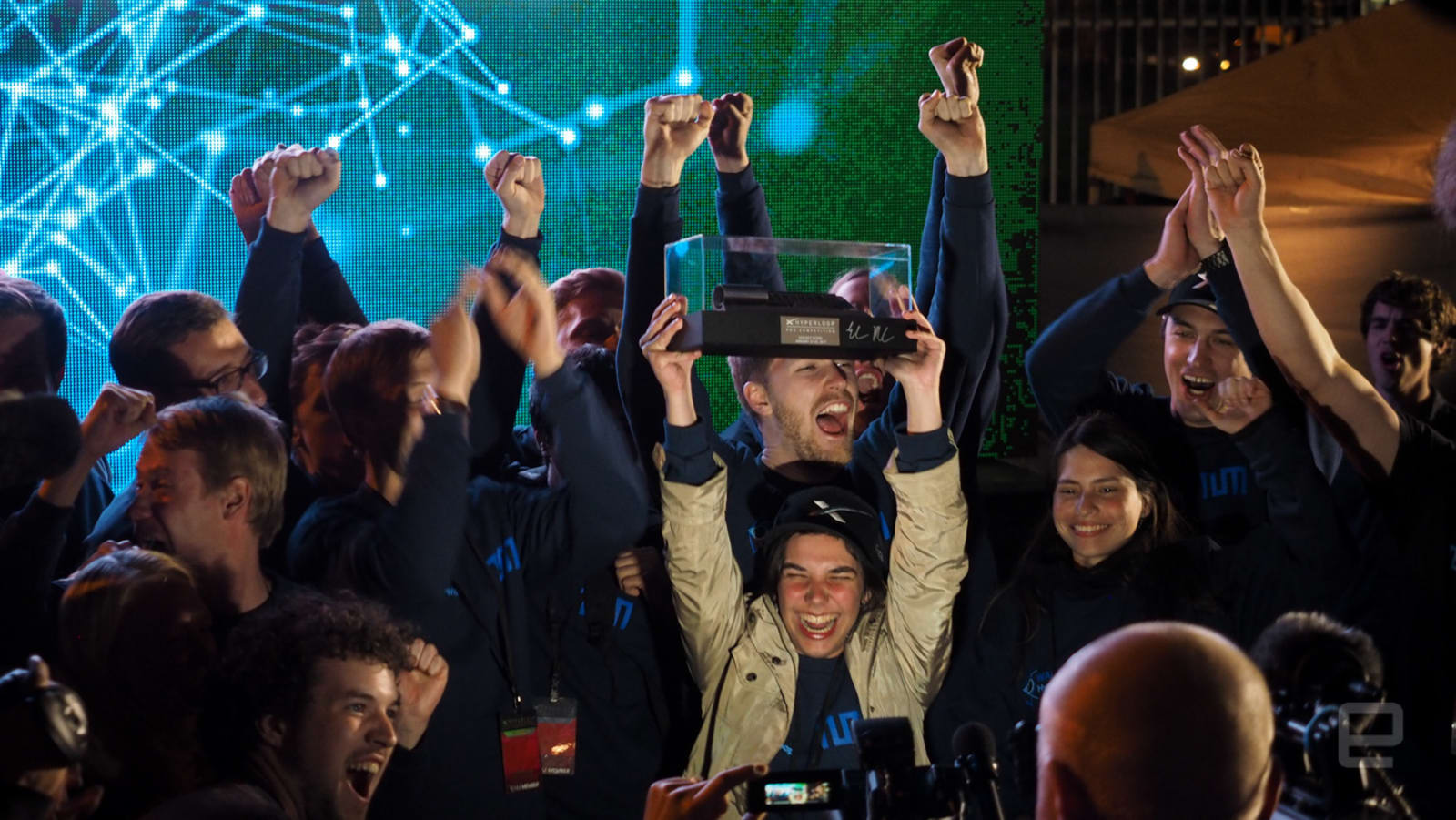 Rocket scientists were inspired as well. SpaceX director Steve Davis, who spearheaded the event, told the audience during the awards ceremony that "to build something that gets released, is levitating, and doesn't go side to side and crash and maintains control is an absolute feat. When we first did this, we didn't know if anyone would get in this tube." 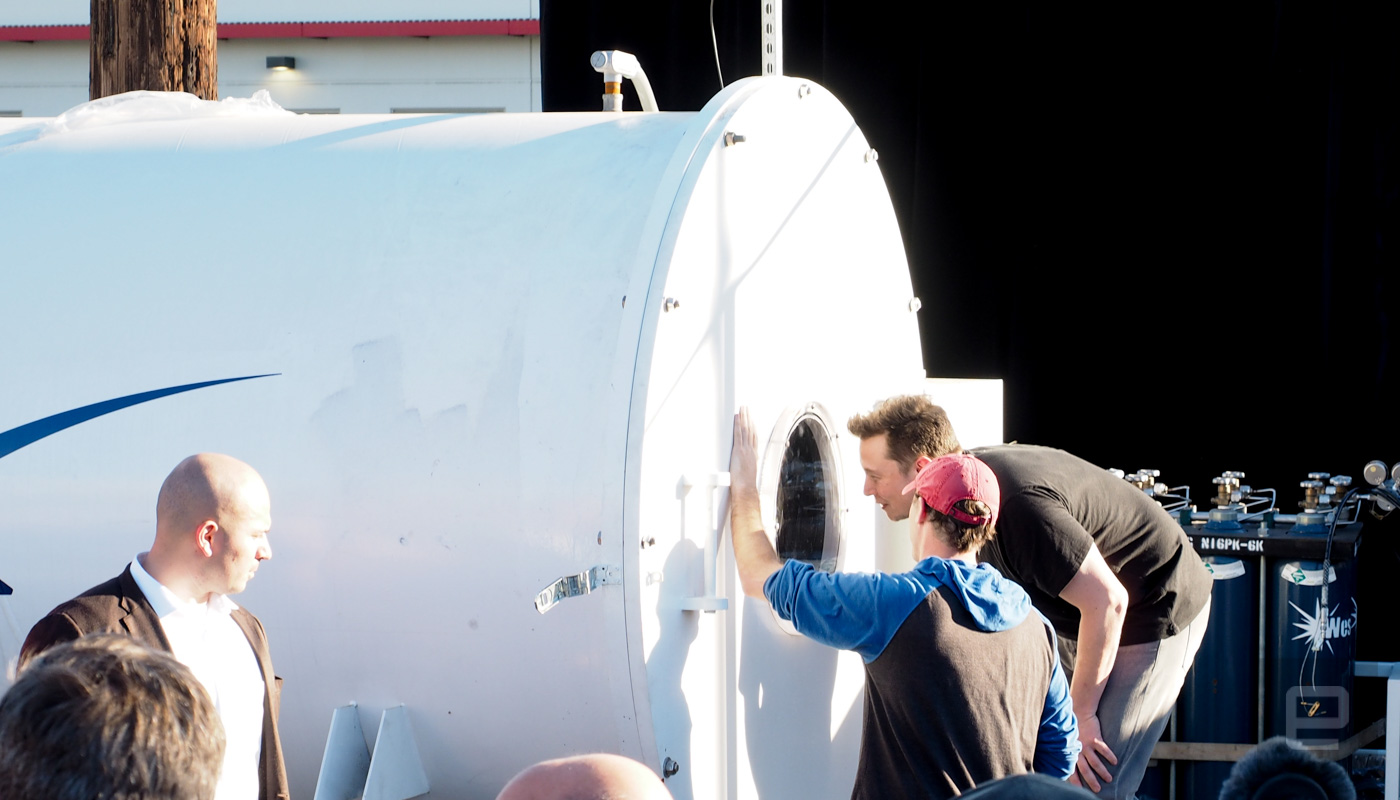 That says a lot about what all these teams have accomplished. But it's not ending here: SpaceX is putting on another competition weekend this summer. If the teams are anything like the ones I saw this past weekend, Hyperloop might become the next big thing in high-speed ground transportation.

In this article: DELFT, design, ElonMusk, gear, green, Hyperloop, MIT, pods, science, Spacex, TL17HYPLP, transportation, video, Warr
All products recommended by Engadget are selected by our editorial team, independent of our parent company. Some of our stories include affiliate links. If you buy something through one of these links, we may earn an affiliate commission.