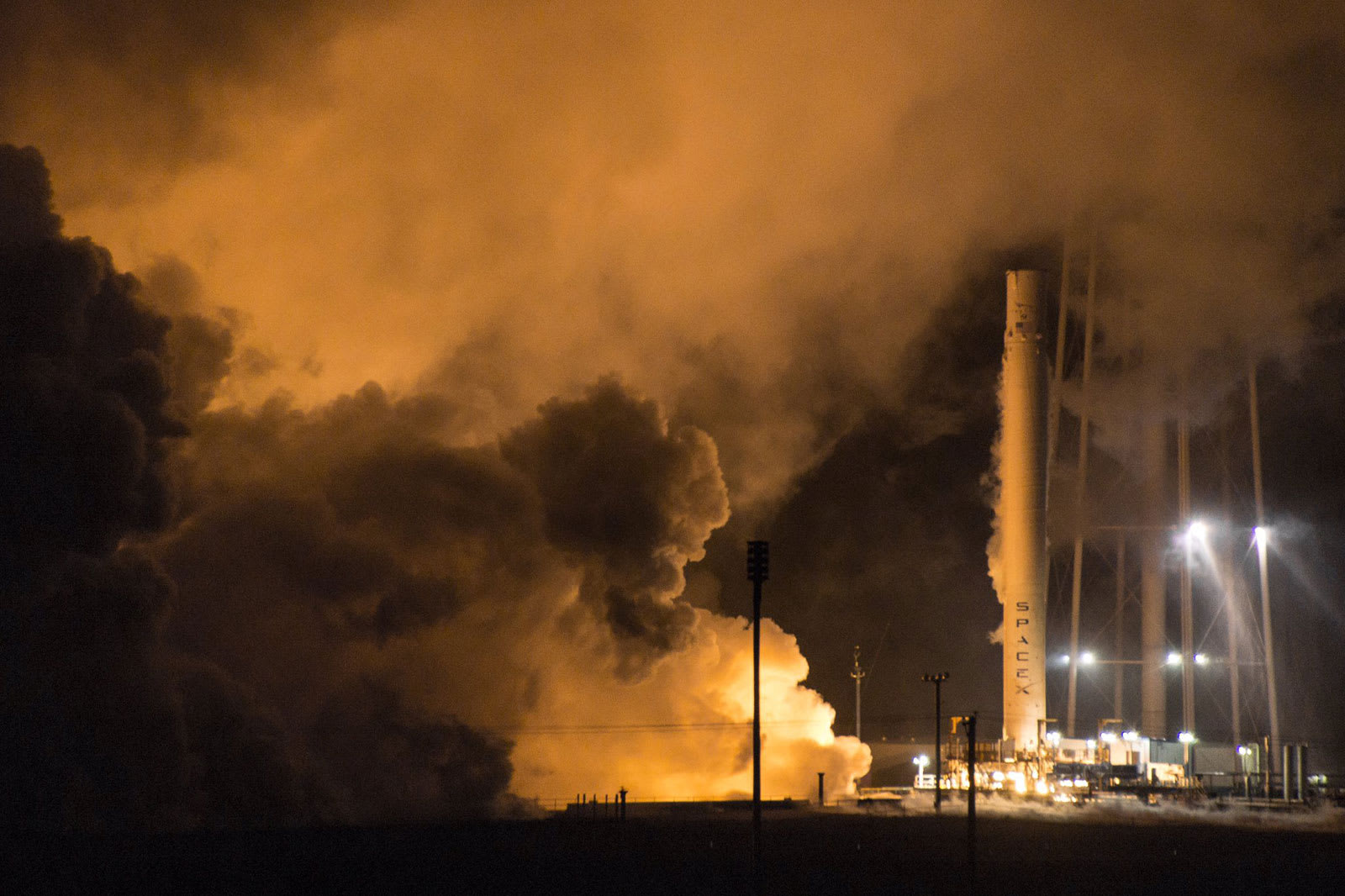 SpaceX failed to launch a used Falcon 9 rocket back in May or June last year like it originally planned, but it's getting closer to its goal. The private space corporation had its historic Falcon 9 booster -- the very first one it successfully landed on a barge in April 2016 -- complete a static fire test at its Texas facility recently. It has revealed the development on Twitter and Instagram, where the company announced that it's "prepping [the booster] to fly again."

Elon Musk's space corp test fired one of the other rockets it relanded in July 2016 at the same facility, but this is the first time it fired this particular booster. SpaceX has been treating this Falcon 9 with some extra TLC, since it's the one the company chose to ferry another payload to orbit and to prove that its rocket's first stage truly is reusable. The test's success shows that the booster still works, though the company has to ensure it can be restored to perfect condition before the relaunch can happen. SpaceX is aiming to send the used first stage to space as soon as March, so keep an eye out for more announcements out of its HQ.

Via: Ars Technica
Source: SpaceX (Twitter)
In this article: booster, elonmusk, falcon9, reusable, rocket, science, space, spacex
All products recommended by Engadget are selected by our editorial team, independent of our parent company. Some of our stories include affiliate links. If you buy something through one of these links, we may earn an affiliate commission.