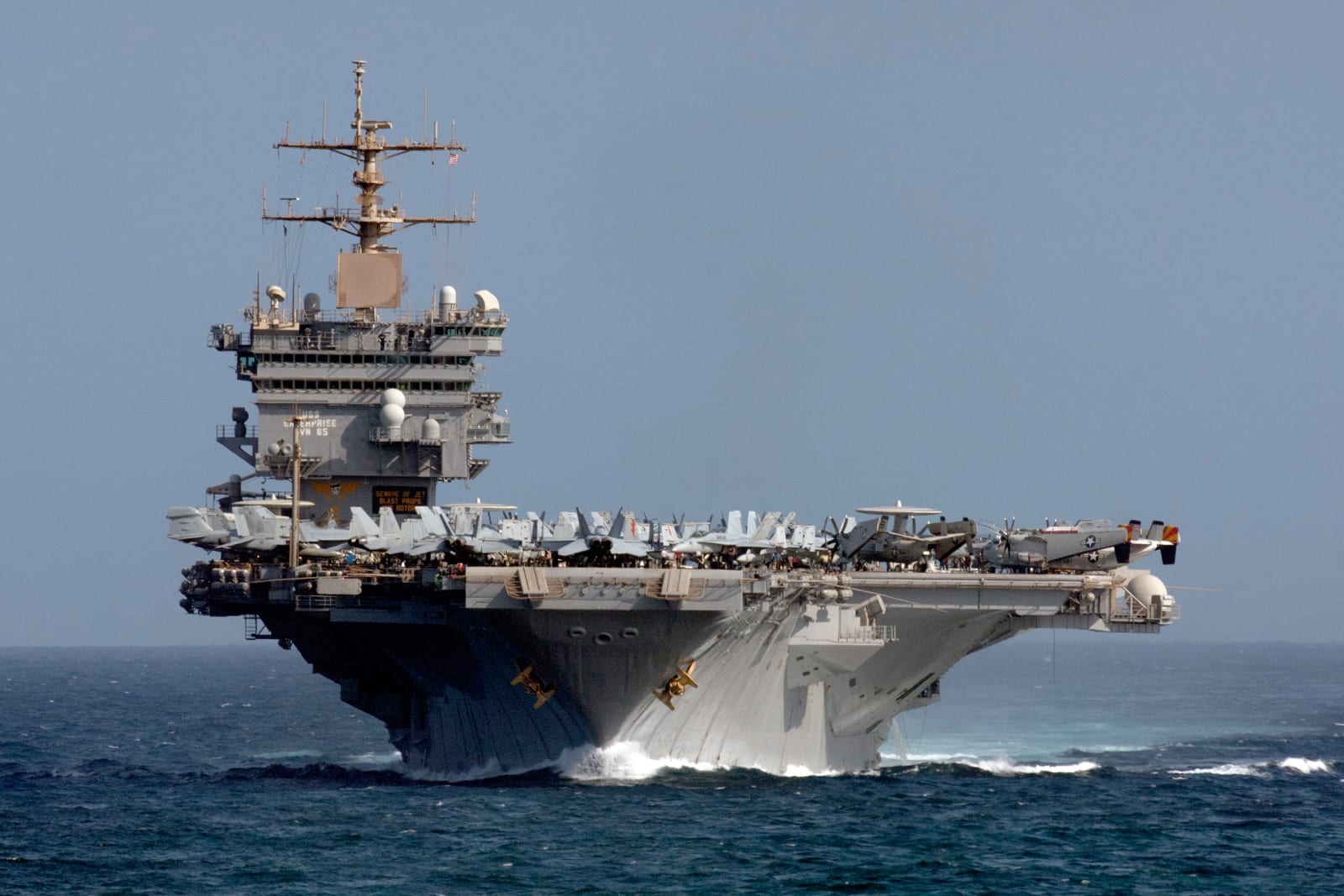 It's the end of an era for the US sea power, in more ways than one: the Navy has decommissioned the USS Enterprise (CVN-65), the world's first nuclear-powered aircraft carrier. The vessel launched in 1961 and is mainly known for playing a pivotal role in several major incidents and conflicts, including the Cuban Missile Crisis, the Vietnam War and the 2003 Iraq War. However, it also served as the quintessential showcase for what nuclear ships could do. Its eight reactors let it run for years at a time, all the while making more room for the aircraft and their fuel.

As you might guess, the decommissioning process (which started when the Enterprise went inactive in 2012) is considerably trickier than it would be for a conventional warship. It wasn't until December 2016 that crews finished extracting nuclear fuel, and the ship will have to be partly dismantled to remove the reactors. They'll be disposed of relatively safely at Hanford Site, home of the world's first plutonium reactor. It's hard to know what the long-term environmental impact of the ship will be -- while there's no question that the radioactive material is dangerous, this isn't the same as shutting down a land-based nuclear power plant.

Whatever you think of the tech, the ship leaves a long legacy on top of its military accomplishments. It proved the viability of nuclear aircraft carriers, leading the US to build the largest such fleet in the world. Also, this definitely isn't the last (real-world) ship to bear the Enterprise name -- the future CVN-80 will build on its predecessor with both more efficient reactors and systems designed for modern combat, where drones and stealth are as important as fighters and bombers. It won't be ready until 2027, but it should reflect many of the lessons learned over the outgoing Enterprise's 55 years of service.

Source: US Navy
In this article: aircraftcarrier, culture, decommission, enterprise, gear, military, navy, nuclear, nuclearpower, transportation, usnavy, ussenterprise, video, wargadget
All products recommended by Engadget are selected by our editorial team, independent of our parent company. Some of our stories include affiliate links. If you buy something through one of these links, we may earn an affiliate commission.