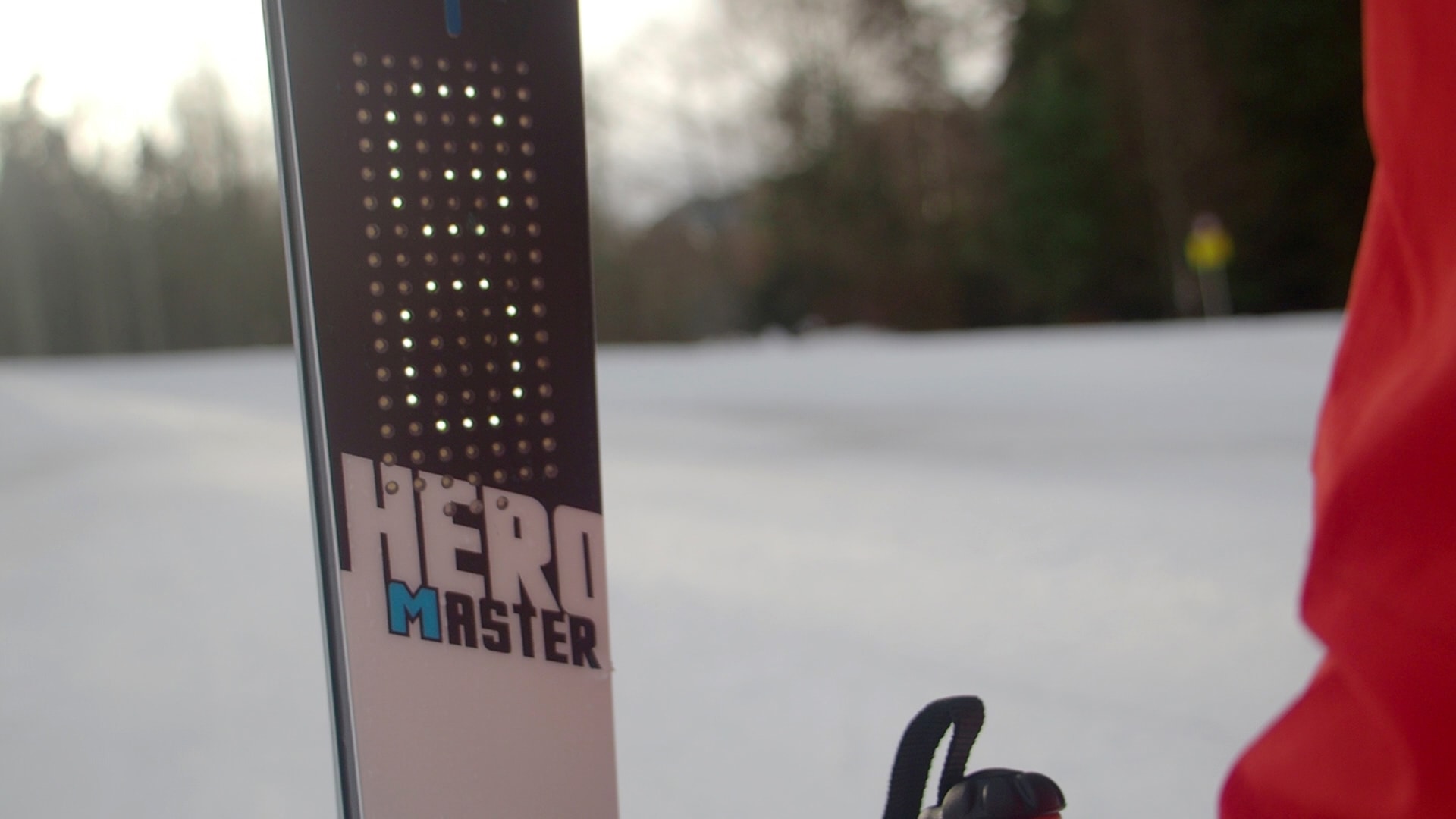 Baseball bats and tennis rackets aren't the only pieces of sports equipment that are getting smarter these days. Ski maker Rossignol and consumer electronics company PIQ announced on Monday that they have created the world's first "connected" ski. Behold, the Hero Master.

This prototype ski integrates a PIQ nano-computer and LED readout in front of the bindings. The computer is running PIQ's GAIA AI system, which autonomously collects and analyzes a swath of performance metrics. The system tracks everything from speed and turn angle to G-forces and lateral momentum. The AI system then analyzes this data, down to "microscopic variations in skiing movements" according to the company's press release, and displays it on the ski's LED screen. This presumably gives the skier immediate, actionable feedback which they can use to improve their technique. Unfortunately, the Hero Master is currently a one-off prototype and there are no immediate plans to put it into production. And if two-planking isn't your forte, the company has also developed a kiteboard, dubbed the Jaime, that uses the same GAIA AI.

In this article: AI, ArtificialIntelligence, connected, gadgetry, gadgets, GAIA, gear, HeroMaster, LED, LED display, PIQ, Rossignol, ski, skiing, sport, sports
All products recommended by Engadget are selected by our editorial team, independent of our parent company. Some of our stories include affiliate links. If you buy something through one of these links, we may earn an affiliate commission.