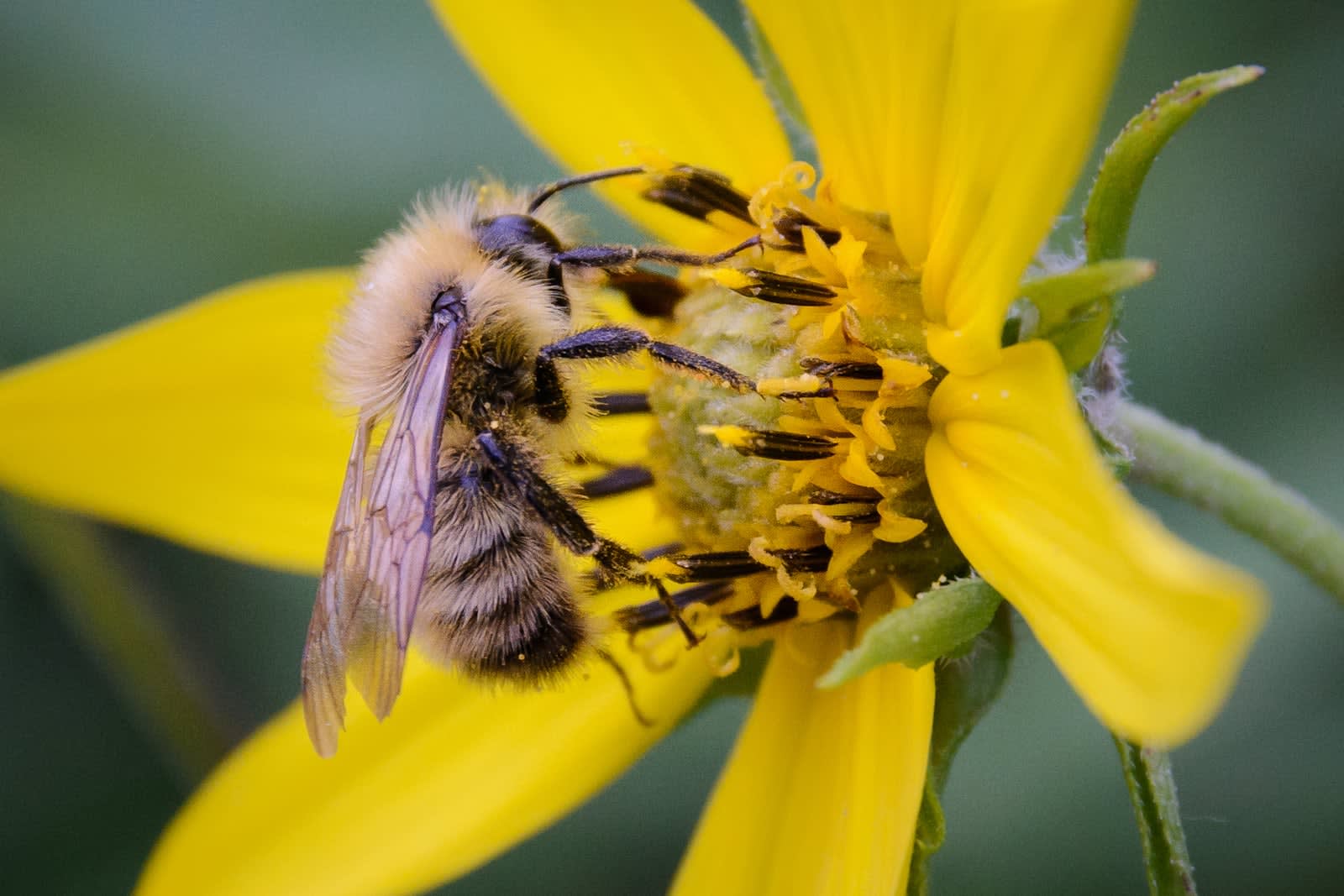 As a species, bumblebees aren't doing well, so sadly, we may have to consider a future with fewer of the endangered insects. Humanity would be in trouble without these active pollinators, so Japanese scientists have created drones that mimic them by spreading pollen from plant to plant.

Researchers at the National Institute of Advanced Industrial Science and Technology bought $100 drones and affixed patches of horsehair to the bottoms. They then applied liquid ion gels, which MIT Technology Review says are as sticky and moist as Post-It notes, to the horsehair. In tests, the drones were able to fly into the plants, grabbing and releasing pollen from the male and female parts of pink and white Japanese lilies.

Project leader Eijiro Miyako claims this was the first time a drone pollinated a flower, although he noted this isn't a practical solution to the bee problem. He believes it might only be feasible if high-resolution cameras, GPS and artificial intelligence technology were added to the drones, which would be challenging considering their small frames. Miyako also said it was difficult for them to successfully use drones to pollinate the lily, whose sex organs are among the largest found in plants.

Elsewhere, scientists are working on genetically modified cyborg dragonflies that can be controlled by humans, and they say the technology could potentially be used on bees as well.

Source: MIT Technology Review
In this article: bees, bumblebee, drone, flowers, National Institute of Advanced Industrial Science and Technology, NationalInstituteofAdvancedIndustrialScienceandTechnology, plants, pollination, robots, science
All products recommended by Engadget are selected by our editorial team, independent of our parent company. Some of our stories include affiliate links. If you buy something through one of these links, we may earn an affiliate commission.