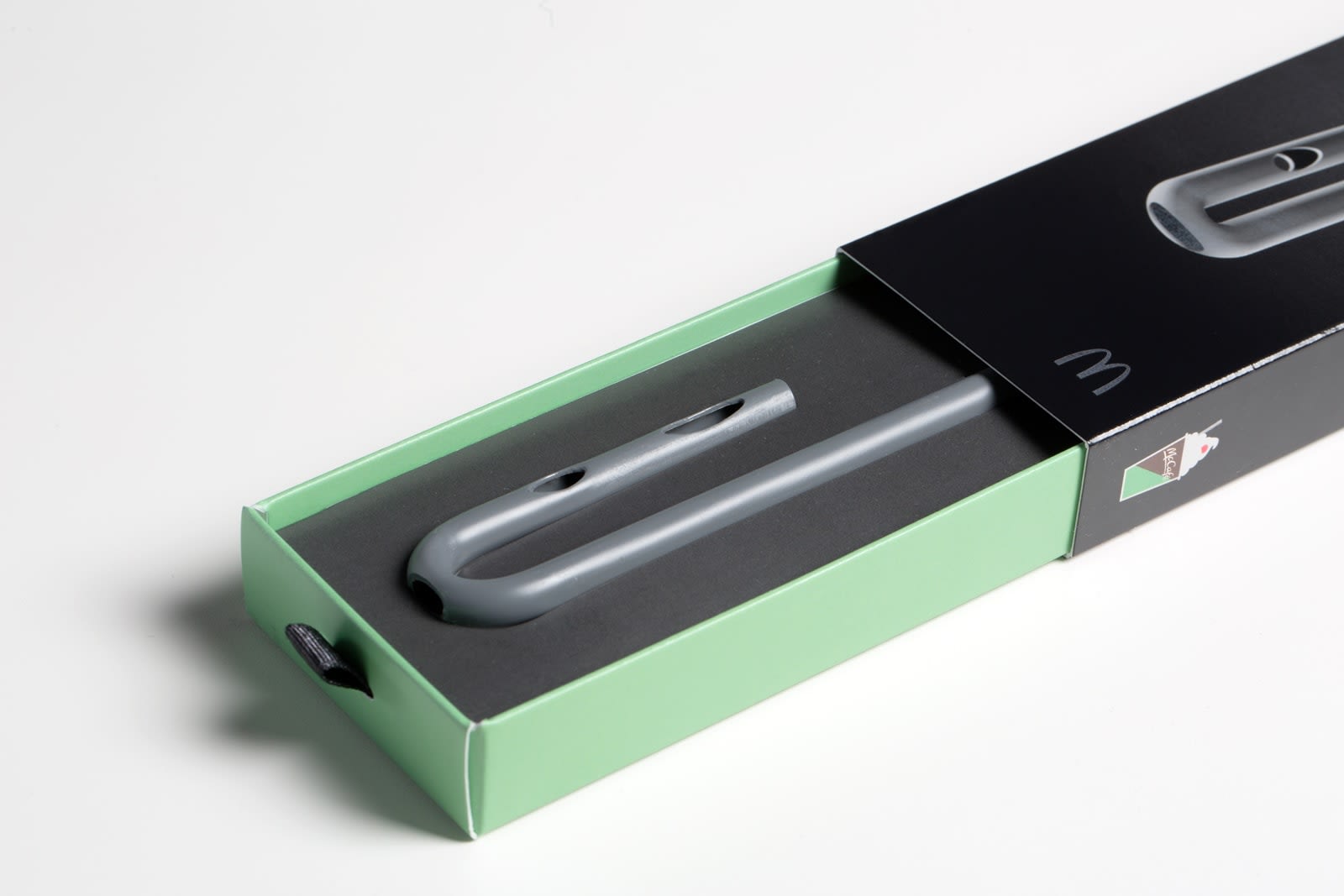 Of all the tech innovations coming out of McDonald's, we never would have expected the humble drinking straw needed a redesign. But that's exactly what a team of robotic and aerospace engineers did as part of a marketing push for the burger chain's new Chocolate Shamrock Shake.

For those who aren't familiar: the new menu item is a layered fifty-fifty combination of McDonald's standard chocolate milkshake with the minty seasonal favorite on top. The Chocolate Shamrock has actually enjoyed secret menu status for a while now, but Mickey D's is bringing it to the mainstream for the minty green shake's yearly St. Patrick's Day appearance.

The redesigned STRAW -- short for "Suction Tube for Reverse Axial Withdrawal," of course -- is meant to alleviate the most basic of problems: having to wait for your shake to melt a bit before you can get the perfect mix of chocolate and mint flavors. While a conventional straw will only slurp up one part of the shake at a time, engineers from JACE Engineering and NK Labs carefully engineered the STRAW's J-shaped snorkel design and side openings to suck in both layers at once. According to McDonald's, their new tubular sipping device required some fairly complex computational fluid dynamics simulations to get the flow right and make sure it works just as well at the bottom of your shake as it did on the first sip.

The Chocolate Shamrock Shake was released alongside a couple other new minty, Shamrock-infused beverages earlier this month, but the STRAW itself is only available in limited quantities at select locations when you buy a Chocolate Shamrock shake. A representative for McDonald's tells Engadget that anyone in search of the latest and greatest in straw technology can check McDonalds.com in the next two weeks to learn where to find them.

In this article: culture, design, drinking, food and drink, food-and-drink, foodanddrink, mcdonalds, shamrockshake
All products recommended by Engadget are selected by our editorial team, independent of our parent company. Some of our stories include affiliate links. If you buy something through one of these links, we may earn an affiliate commission.