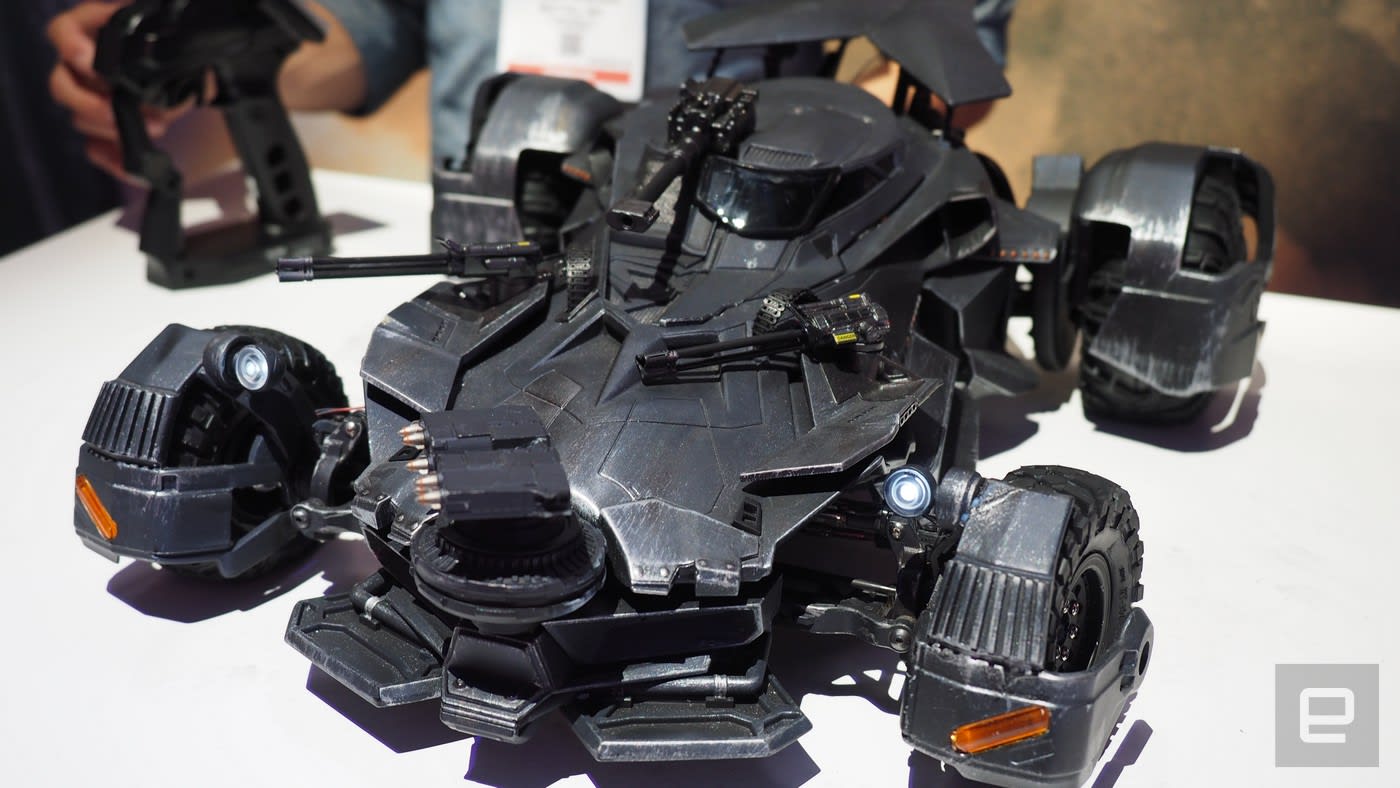 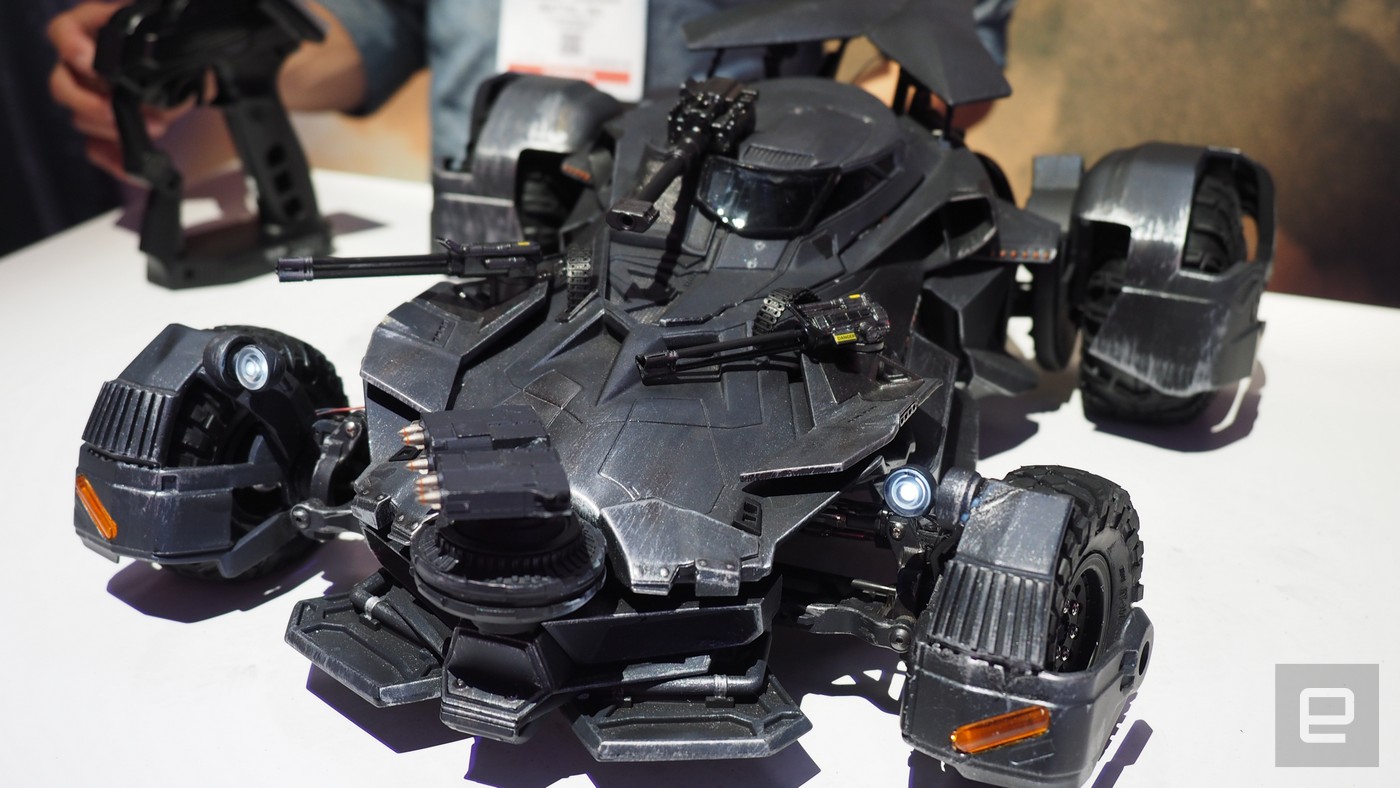 Batman's got plenty of wonderful toys bearing his name, from his trusty Batarangs to his super Batcomputer. However, none are more famous than the Batmobile. And, while diehard fans might be a little down on the design of the latest version as seen in Batman v Superman and Justice League, they certainly won't be disappointed by the sheer amount of cool tricks packed into Mattel's new radio-controlled model. With its own built-in dash cam, augmented reality features and the ability to spew real exhaust, this new ride is exactly the kind of thing Bruce Wayne would have built if he went into toy design instead of crimefighting. The Justice League Batmobile is controlled via your iOS or Android device, which isn't unusual among RC vehicles these days. But Mattel have mixed things up by adding a dash cam into the mix. It's embedded in the cockpit, so you're not necessarily seeing the car's perspective -- you're seeing what Batman would see. And, while you could set up a little physical obstacle course and pilot your way through it as you would any toy, the app comes with AR features for some real immersive action. It'll appear to shoot rockets at your chosen target, be it Darkseid's parademon minions from the film, or just maybe just an innocent family pet. As it's only virtual your dog will be fine, but it will make your drive more thrilling. 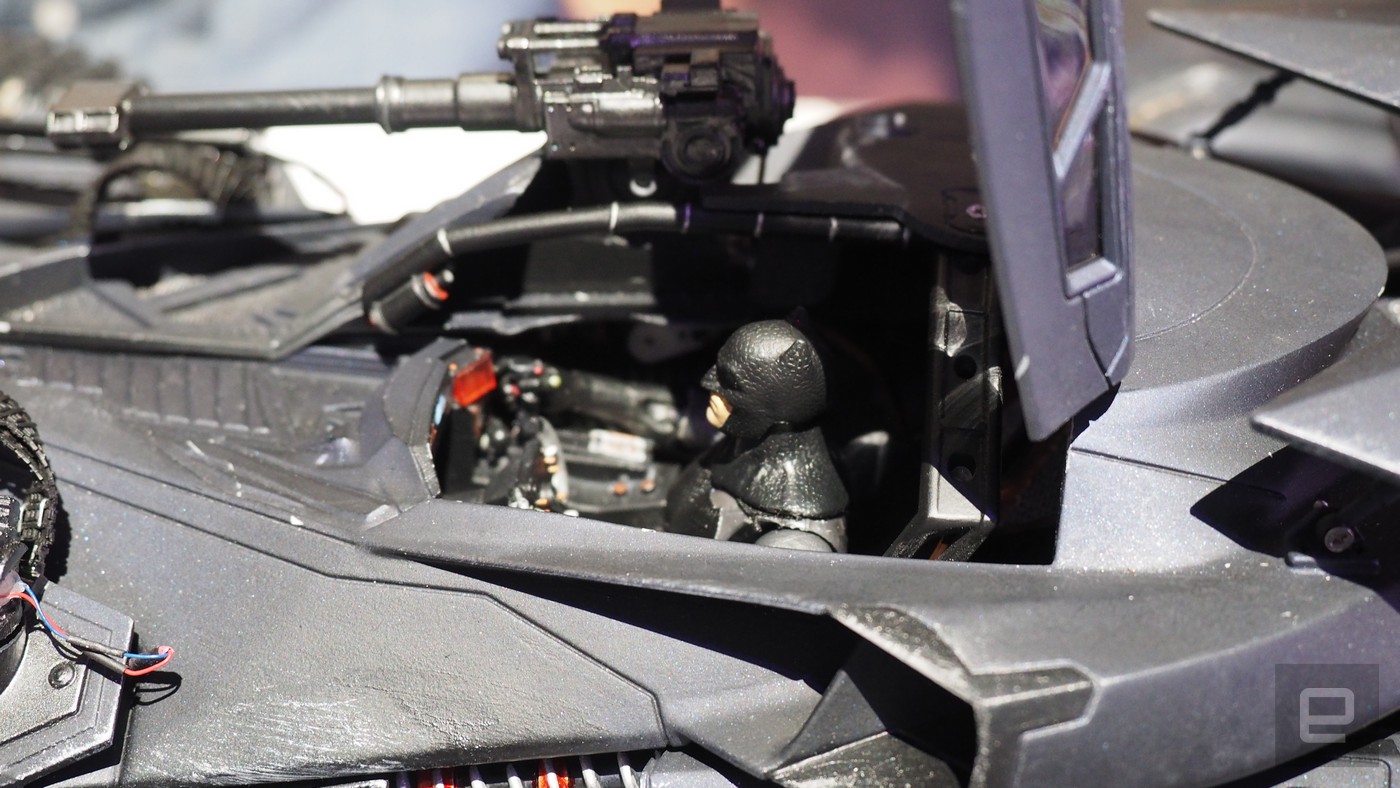 There's also some great attention to detail in the Batmobile: The cockpit can fit a real Batman action figure, included with the car. Because the figure is fully articulated, putting his hand on the steering column means that when the vehicle changes direction, his arm will move as if he's actually driving. But the most attention grabbing feature is the genuine exhaust that comes out of the rear.

Of course, this Batmobile doesn't actually burn gas. Instead, a few drops of glycerol in the tank create a sweet-smelling smoke that really makes it feel like you just burned rubber through the streets of Gotham City. The oil is sugar-based so it's harmless to breathe and won't stink up your home. The vehicle comes with a starter supply but the designer informed us the oil is also easy to obtain at hobby shops. And you can even replace it with select other materials: vape juice will work just fine, as will baby oil if you want Batman to exude a bit of nursery scent (or maybe not). 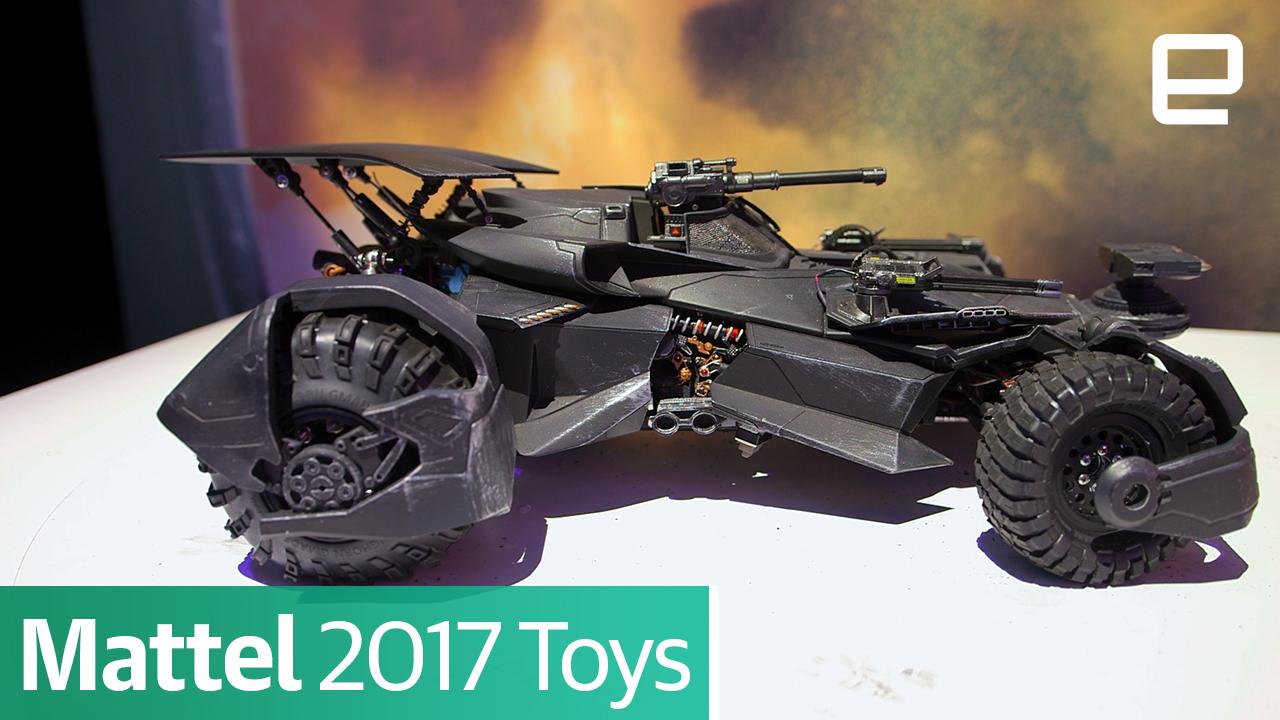 However, all these cool features don't come cheap, and it's not for kids. The Batmobile is intended for the collector's market, and comes appropriately priced at $250. It will be available this October just in time for Justice League, which may or may not be as cool as the toys based on it.

In this article: AR, augmentedreality, Batman, Batmobile, car, entertainment, gadgetry, gadgets, JusticeLeague, Mattel, mobile, RC, ToyFair, ToyFair2017, toys
All products recommended by Engadget are selected by our editorial team, independent of our parent company. Some of our stories include affiliate links. If you buy something through one of these links, we may earn an affiliate commission.