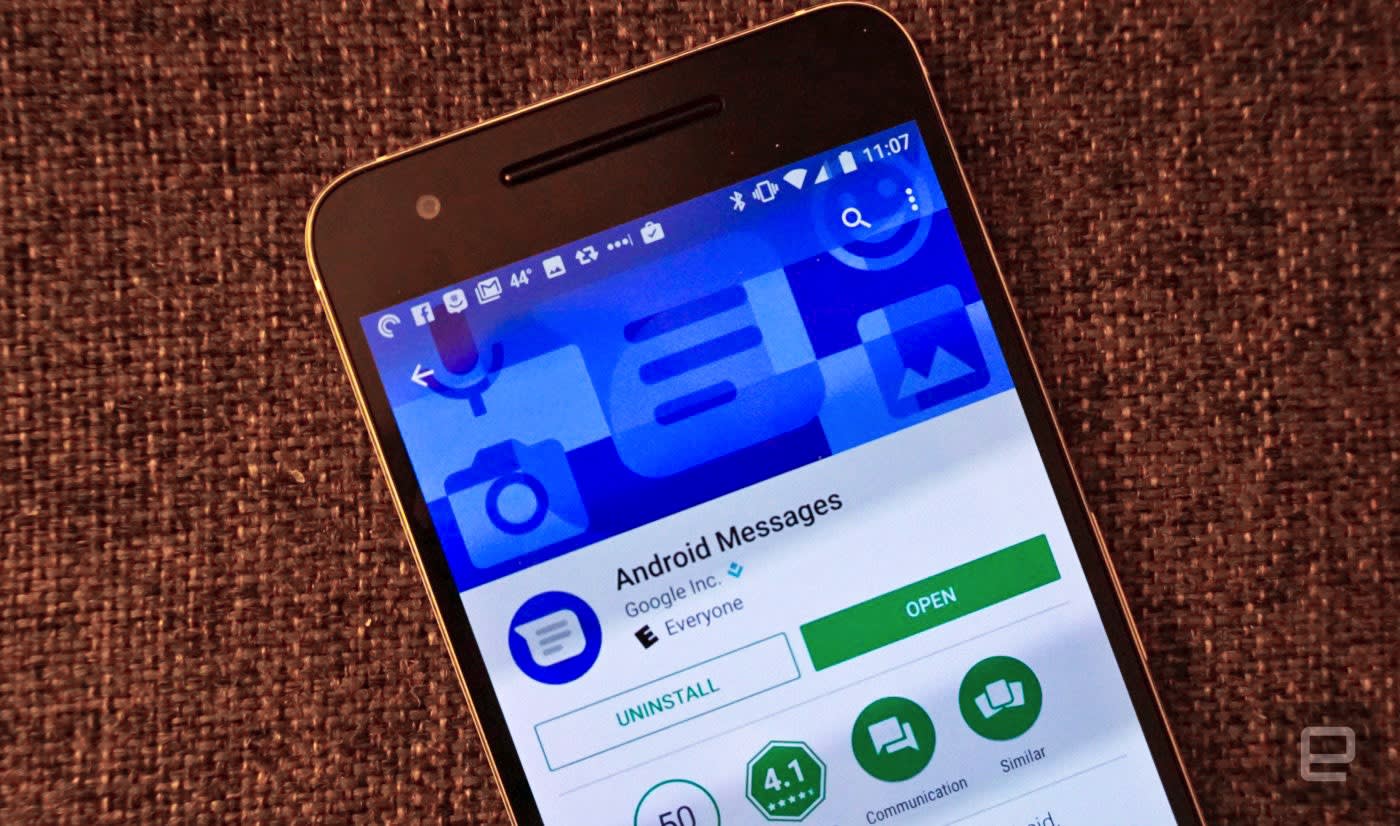 Despite how common texting is, its integration on Android has always lagged slightly behind, as Google appeared to focus on other things. Sometimes it wrapped the feature into other services/apps like Google Voice and Hangouts, but lately, the main Android texting app has been getting some tweaks too. The latest one brings a new name, as it goes from Google Messenger (probably frequently confused with the bot-laden Facebook Messenger) to Android Messages.

If your iPhone owning friends hate seeing green bubbles pop up in iMessage, it probably won't do much to change that, and even for Android users, there's very little changed beyond the name. The styling and features of the app are exactly the same, but with MWC 2017 about to kick off, maybe it has more plans in store. In the changelog, it notes that there is "Simpler sign-up for enhanced features on supported carriers," so there could be easier access to Rich Communication Services (RCS) enabled enhancements that bring its experience up to par with iMessage.

Of course, if there's anything we know about Google, it's that the company always has another new messaging scheme around the corner.

Update: It looks like this is a part of a bigger push to expand RCS support on Android. According to Wired, the renamed app is where users will experience all of those new-gen texting features, along with fallback support for SMS and MMS. It still needs to get carriers -- including the major US names -- to play along, but the idea is to make messaging easy again.

Source: Android Messages
Coverage: r/Android, Wired
In this article: Android, AndroidMessages, gear, google, GoogleMessenger, GoogleVoice, Hangouts, iMessage, mobile, RCS, SMS, texting, update
All products recommended by Engadget are selected by our editorial team, independent of our parent company. Some of our stories include affiliate links. If you buy something through one of these links, we may earn an affiliate commission.