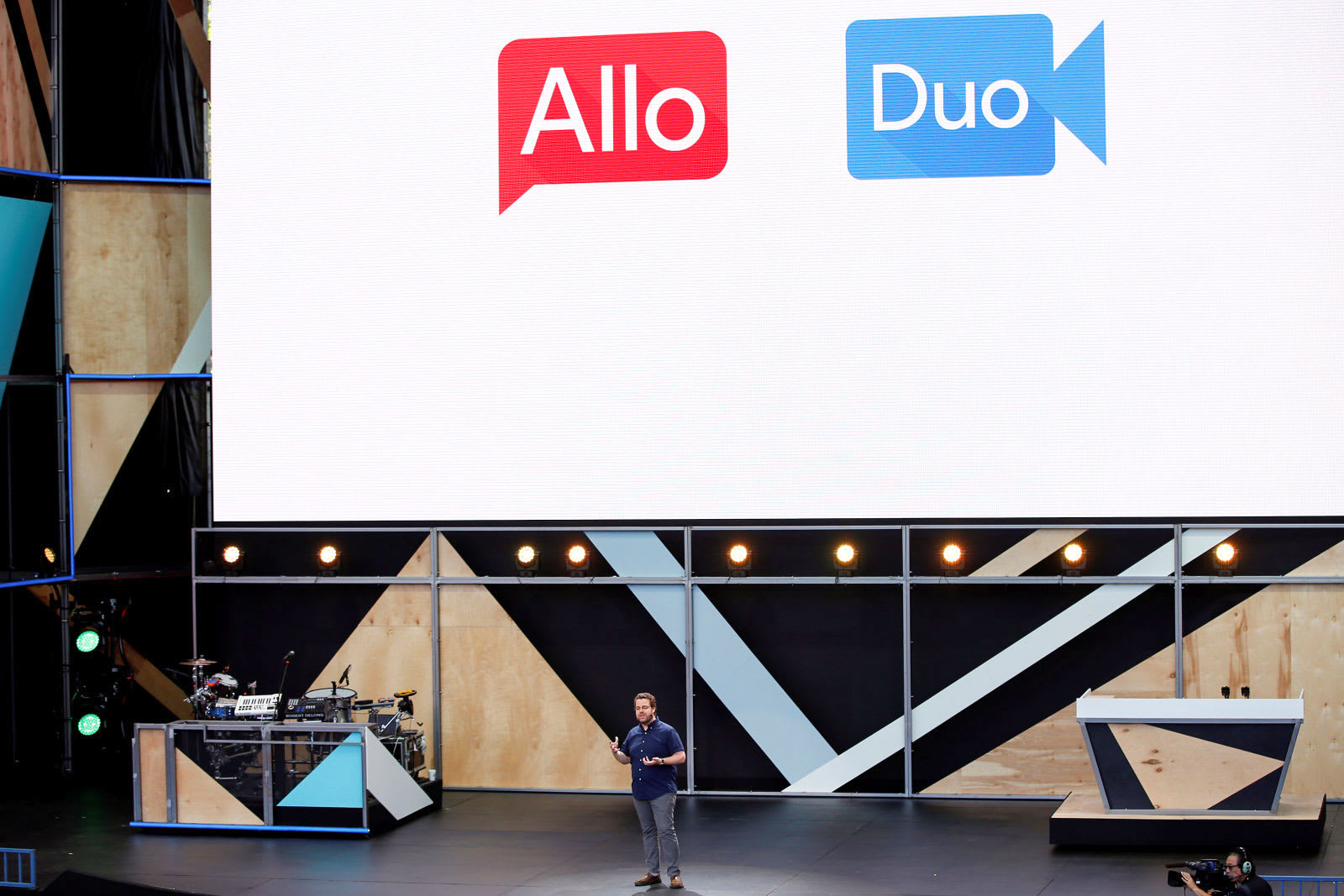 Google just can't stop when it comes to messaging apps. While its texting software for Android has a new name, the AI-powered Allo is coming to a new platform soon. VP Nick Fox teased a desktop web client for the service in a tweet, while saying that it's "still in early development." Competing services like Facebook Messenger offer access to their smarts across platforms, so it's logical that Allo, which launched on Android last September, should as well.

Still in early development, but coming to a desktop near you... #GoogleAllo #SneakPeek pic.twitter.com/f7QNFH7IHO

A recent update let the built-in Google Assistant helper tie into your personal info, which can probably make things like coordinating plans even easier or predict just the right emoji. Unlike Android Messages, we'd be surprised to hear more about this desktop software during Mobile World Congress, but we'll keep an ear out anyway.
Source: Nick Fox (Twitter)
In this article: AI, Allo, chat, desktop, gear, google, GoogleAssistant, internet, messaging, web
All products recommended by Engadget are selected by our editorial team, independent of our parent company. Some of our stories include affiliate links. If you buy something through one of these links, we may earn an affiliate commission.