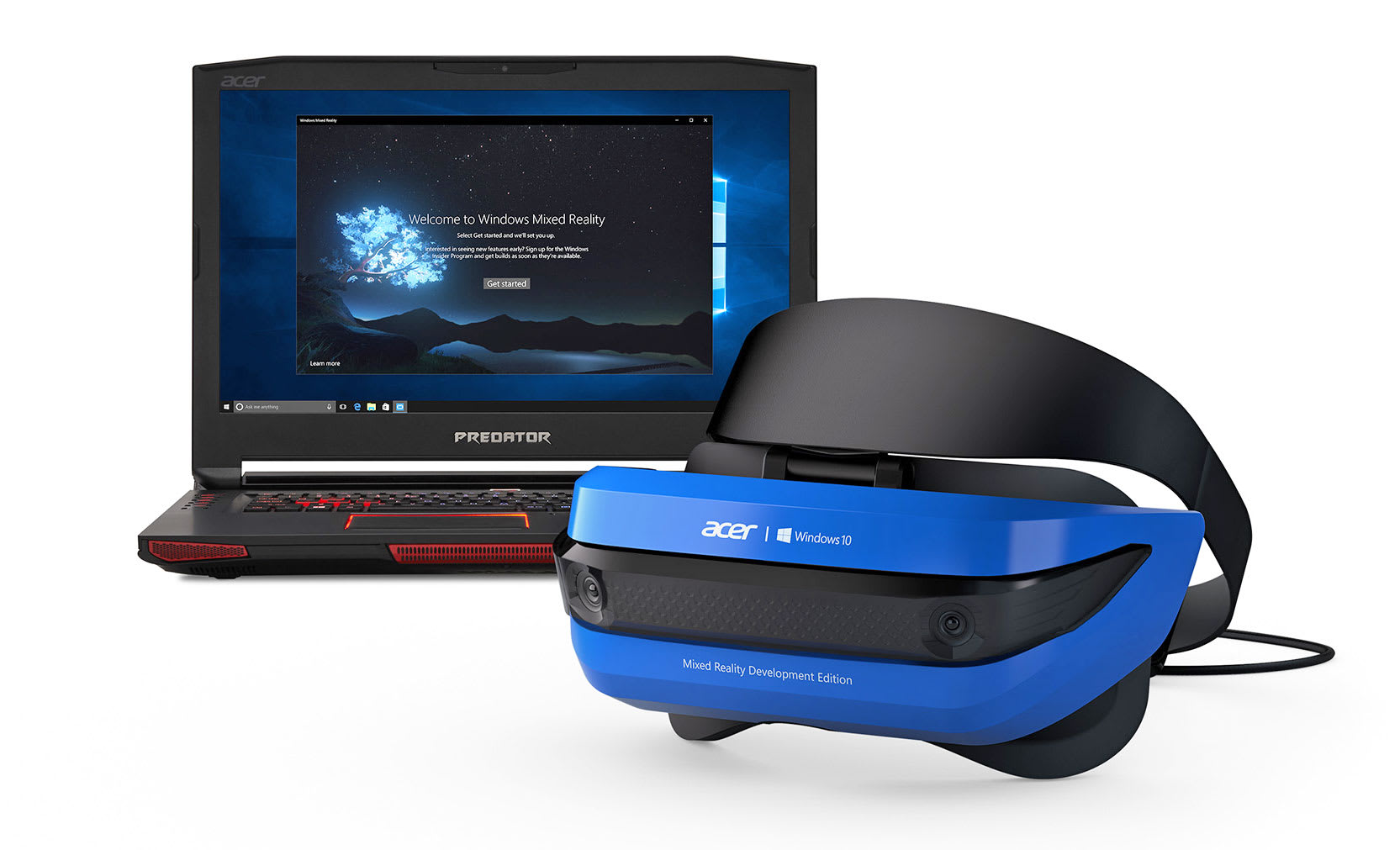 Last year, Microsoft revealed it would open up its Windows Holographic Platform to other hardware manufacturers, and at CES, we got a sneak peek at a few different Windows VR headsets. At GDC this week, Microsoft revealed yet more plans for its mixed-reality platform. While its headsets are strictly for the PC right now, they will soon be coming to the Xbox -- as well as Microsoft's Project Scorpio console -- in 2018.

It's still unclear what this will actually look like. Will there be an Xbox VR headset? That seems to be the implication. "We're also excited to share that Windows Mixed Reality experiences will light up on other devices over time, beyond desktop and Microsoft HoloLens," said the company in a statement. "Our plan is to bring mixed-reality content to the Xbox One family of devices, including Project Scorpio, in 2018."

Also at GDC, Microsoft showed off a developer edition of the Acer Windows "Mixed Reality" headset -- that's the new term for what used to be Windows Holographic -- which ships to a few select developers later this month. (That's the headset in the image above.) It has two high-resolution displays at 1440 x 1440, a display-refresh rate of up to 90 hertz, a 3.5mm jack for built-in audio support plus HDMI 2.0 and USB 3.0 ports for connecting to a computer. Like all of Microsoft's mixed-reality hardware, it also has inside-out tracking, which lets you have positional tracking without the need for external sensors.

As for when consumers will be able to get one, shipments begin sometime this holiday season, which is also when headsets from ASUS, Dell and Lenovo are likely to make their debut. We'll probably learn more details about Microsoft's mixed-reality future at its Build conference in May and at E3 in June.

Source: Microsoft
In this article: AR, gaming, gdc, gdc2017, gear, Holographic, hololens, microsoft, mixedreality, personal computing, personalcomputing, VR, wearables, windowsholographic, WindowsMixedReality
All products recommended by Engadget are selected by our editorial team, independent of our parent company. Some of our stories include affiliate links. If you buy something through one of these links, we may earn an affiliate commission.