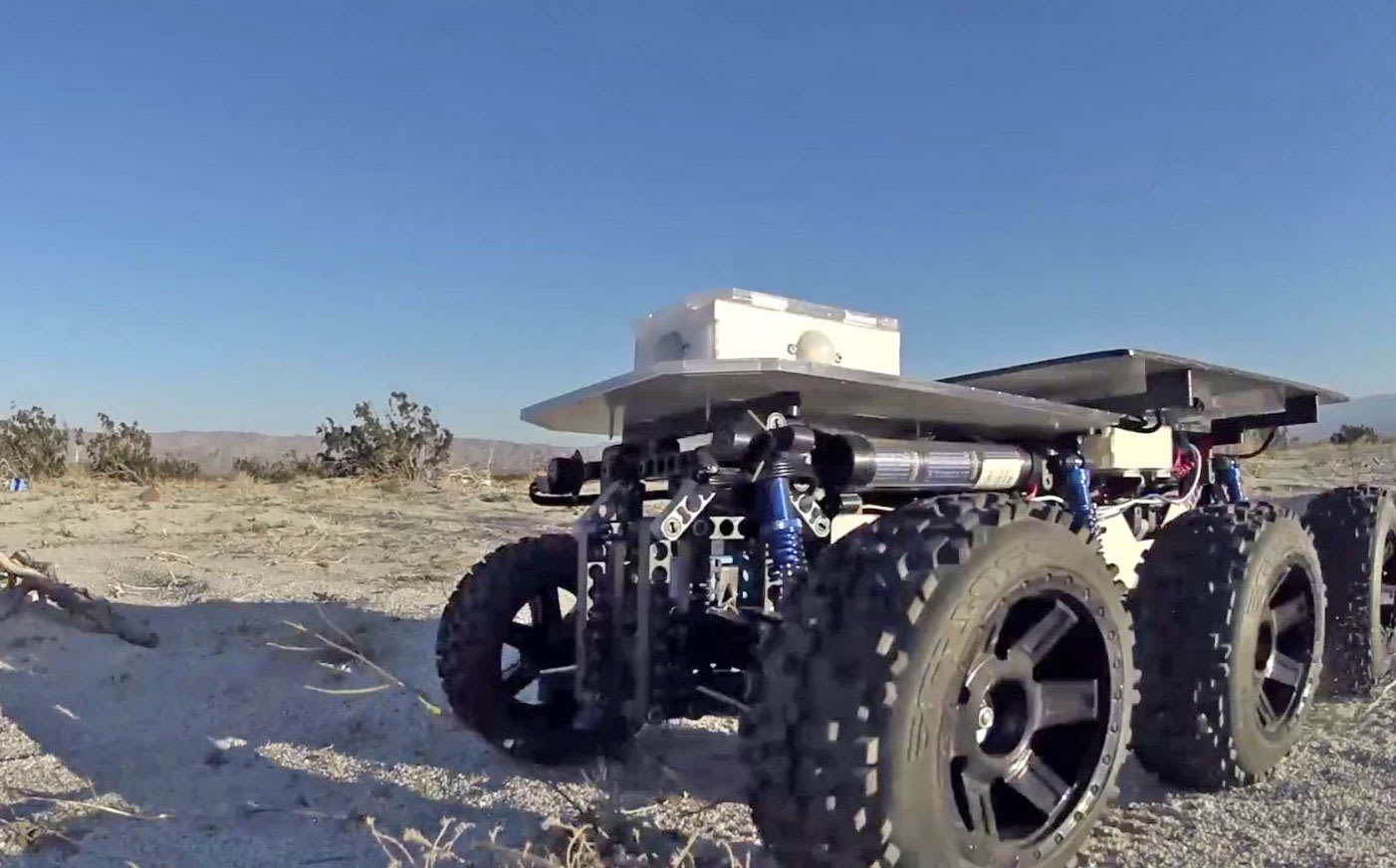 Robots are usually created to help us, but that's not always the case. Last week, California's Palm Desert was home to a machine that was different. ShyBot didn't serve us at all, instead -- as its name suggests -- it had a reclusive mission: stay as far away from people as it could.

ShyBot was designed by Italian artist Norma Jeane and a team of engineers from Codame for the DesertX art exhibition, in collaboration with the San Francisco Italian Cultural Institute. In her artist statement, Jeane said the robot is "based on an algorithm designed precisely to evade the human perspective." So, from February 27th to March 4th, the six-wheeler evaded as well as it could, roaming the Coachella Valley in an effort to hide from everybody. ShyBot was so anti-social that it even avoided the drones used to film its adventure if they got too close.

As the autonomous, solar-powered rover traversed the California desert, it was tracked in real time using GPS technology, curious viewers can revisit the whole journey here. While Shybot avoided being seen, it did have a camera that transmitted its point of view to San Francisco art gallery The Lab for an exhibition called "Norma Jeane: Scene with ShyBot." We're sure it hated the attention, even from afar.

The sad irony is, that we've never wanted to hug a robot more. Still, at least we don't have to worry about this one eventually enslaving humanity in a merciless machine uprising.

Via: Motherboard
Source: Codame, DesertX, Istituto Italiano di Cultura San Francisco
In this article: art, Codame, DesertX, GPS, NormaJeane, PalmDesert, robots, rover, SanFranciscoItalianCulturalInstitute, science, ShyBot
All products recommended by Engadget are selected by our editorial team, independent of our parent company. Some of our stories include affiliate links. If you buy something through one of these links, we may earn an affiliate commission.