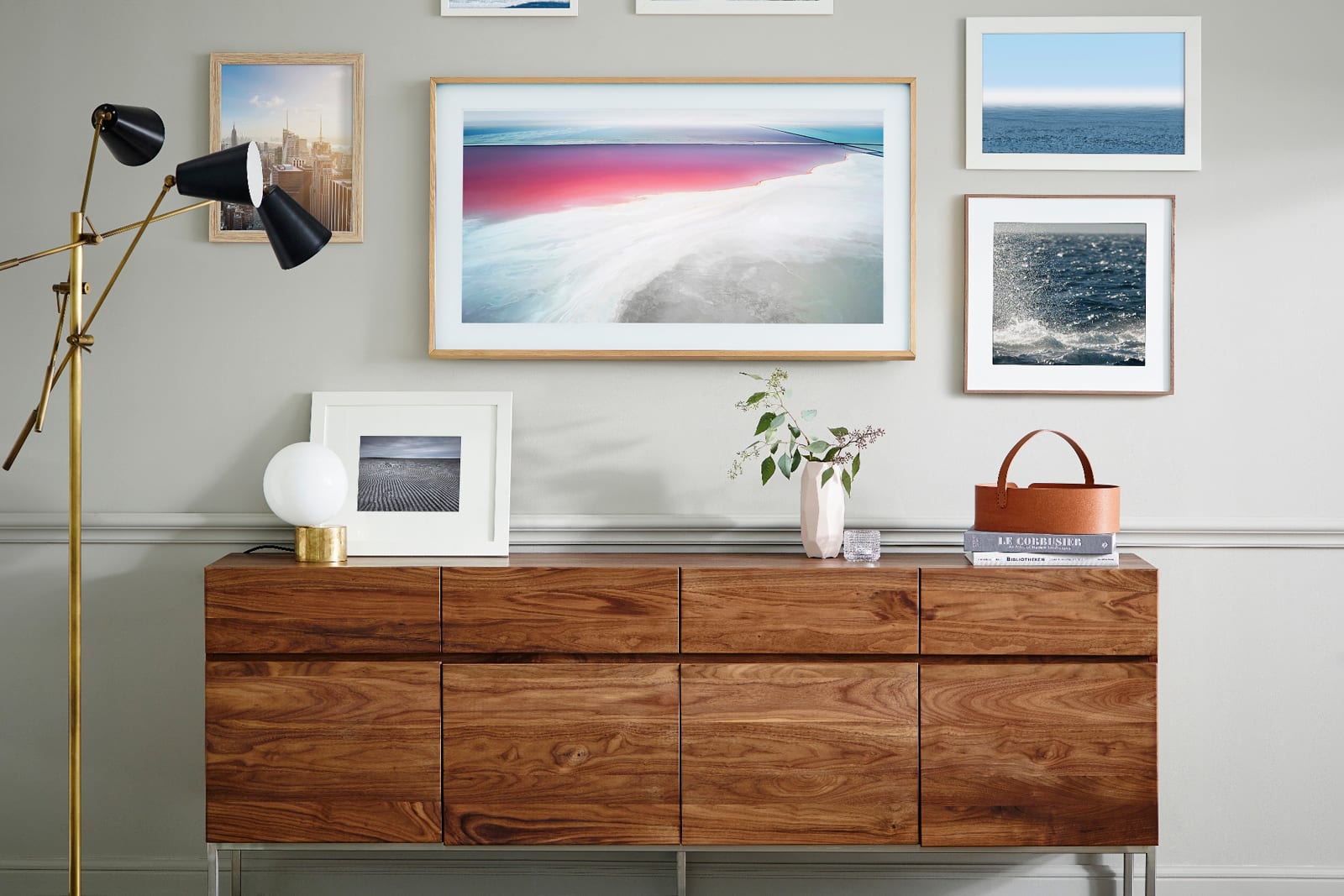 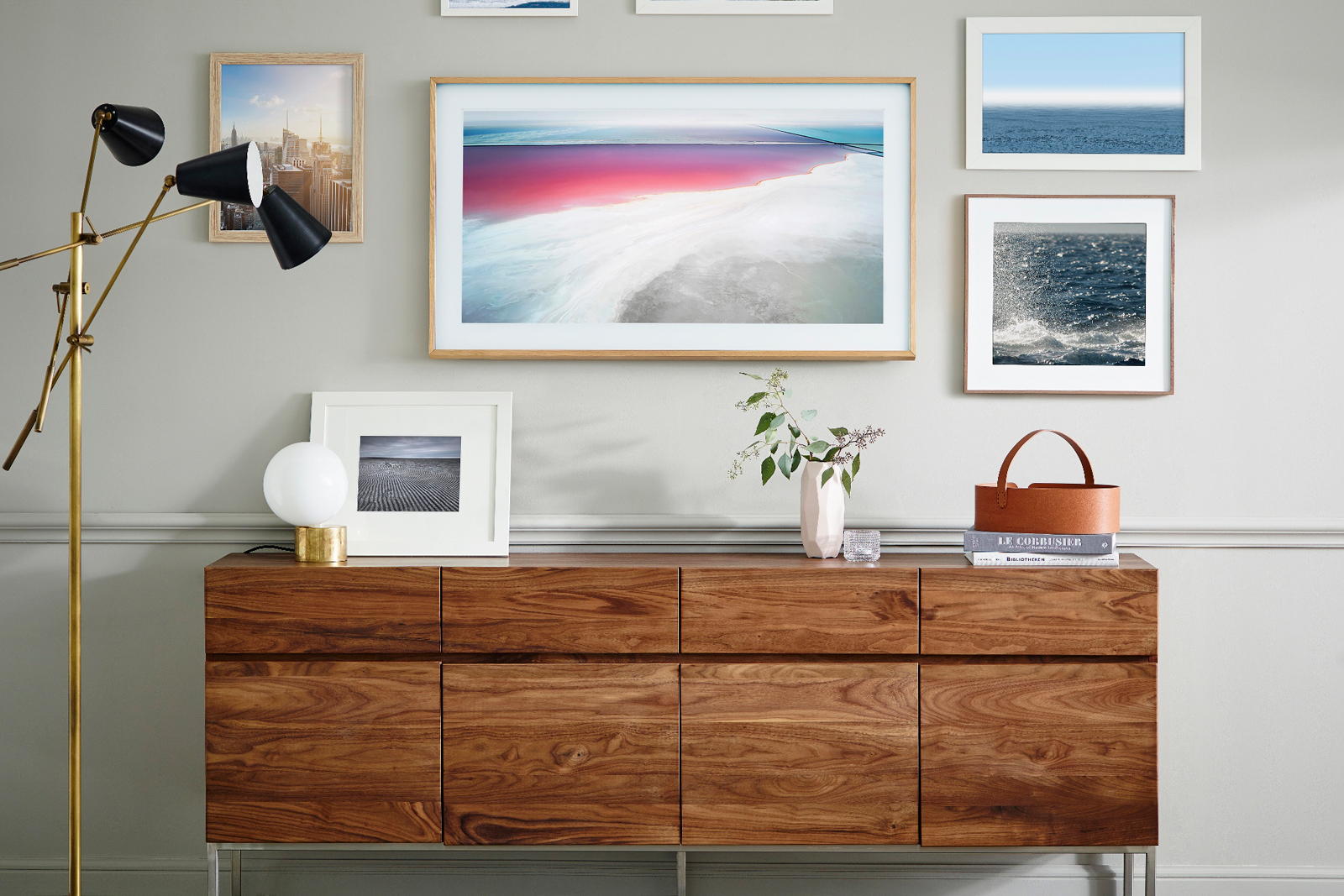 Samsung has hyped its 2017 TV lineup to the Moon and back, but it still has room for a few surprises. The tech giant has offered more details about its previously-teased The Frame, a TV that's designed to (you guessed it) double as a picture frame. Switch on an Art Mode and it'll display over 100 pieces of art whenever you're not using it -- effectively, it becomes another part of your home decor. It's clearly meant to hang on your wall (it uses Samsung's new gapless wall mount and Invisible Connection), and you can swap out bezels to match the look of your living room. There's also an optional Studio Stand if wall placement isn't in the cards.

The company is shy on specs and pricing for The Frame, but it is willing to commit to a launch sometime this spring. We wouldn't expect it to be a budget set, though, given that Samsung's earlier Serif TV carried a hefty price tag relative to its screen size.

Also, it's a good day if you've been waiting to buy one of Samsung's QLED sets. The company now says that its latest-generation quantum dot TVs are available now, with prices currently starting at $2,800 (decidedly higher than mentioned in February) for the 55-inch Q7 and topping out at $6,800 for the 75-inch Q8. There's no word on the Q9 yet, unfortunately. Again, the focus is on raw image quality: metal quantum dots promise a wider range of color regardless of the brightness level, and you should also see both higher brightness as well as deeper black levels.

To top things off, Samsung is also outlining when key peripherals will arrive. The M9500 4K Blu-ray player will show up in April for $399, while the all-in-one MS750 Sound+ Soundbar will land in the summer at an as yet unknown price.

Source: Samsung
In this article: 4k, art, av, blu-ray, blu-rayplayer, gear, m9500, q9, qled, samsung, soundbar, television, theframe, tv
All products recommended by Engadget are selected by our editorial team, independent of our parent company. Some of our stories include affiliate links. If you buy something through one of these links, we may earn an affiliate commission.