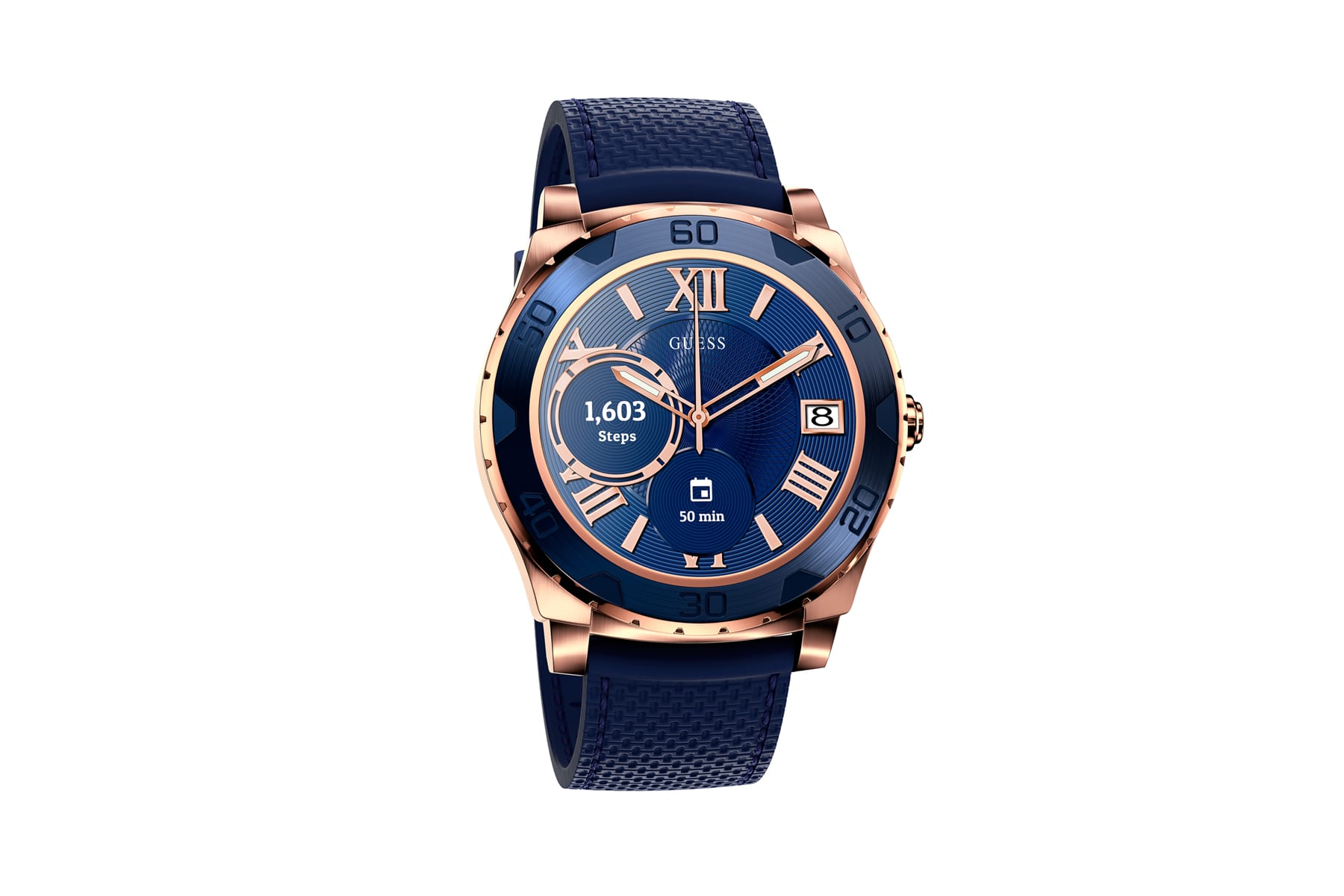 Guess, the fashion brand that's perfect for annoying people when they ask what you're wearing, is launching a new smartwatch. This time, however, the company is going all-in on Android Wear 2.0 with the Guess Connect. The timepiece comes packing Qualcomm's Snapdragon Wear 2100 processor and comes in eight styles, five designed for men and three intended for women.

The company hasn't released a spec list, but given that Android Wear's system requirements are fairly set in stone, we can probably guess. In many ways, the common software and hardware platforms mean that any of the new Android Wear watches announced recently are all, pretty much the same. In the end, it'll come down to which brand you have a particular affinity for, and can afford, that winds up getting your cash.

Of course, Guess has been "making" smartwatches (in partnership with Martian) for longer than many of its rivals. But the first generation of the Guess Connect wasn't exactly elegant, with a janky letterbox dot matrix display embedded into the dial. It's worth nothing, however, that the company did slap Amazon Alexa into its most recent range, although the Gc Connect, when it arrives this Fall, will come with Google Instant instead.

In this article: AndroidWear, Gc, GCConnect, gear, Guess, GuessConnect, SnapdragonWear2100, wearables
All products recommended by Engadget are selected by our editorial team, independent of our parent company. Some of our stories include affiliate links. If you buy something through one of these links, we may earn an affiliate commission.