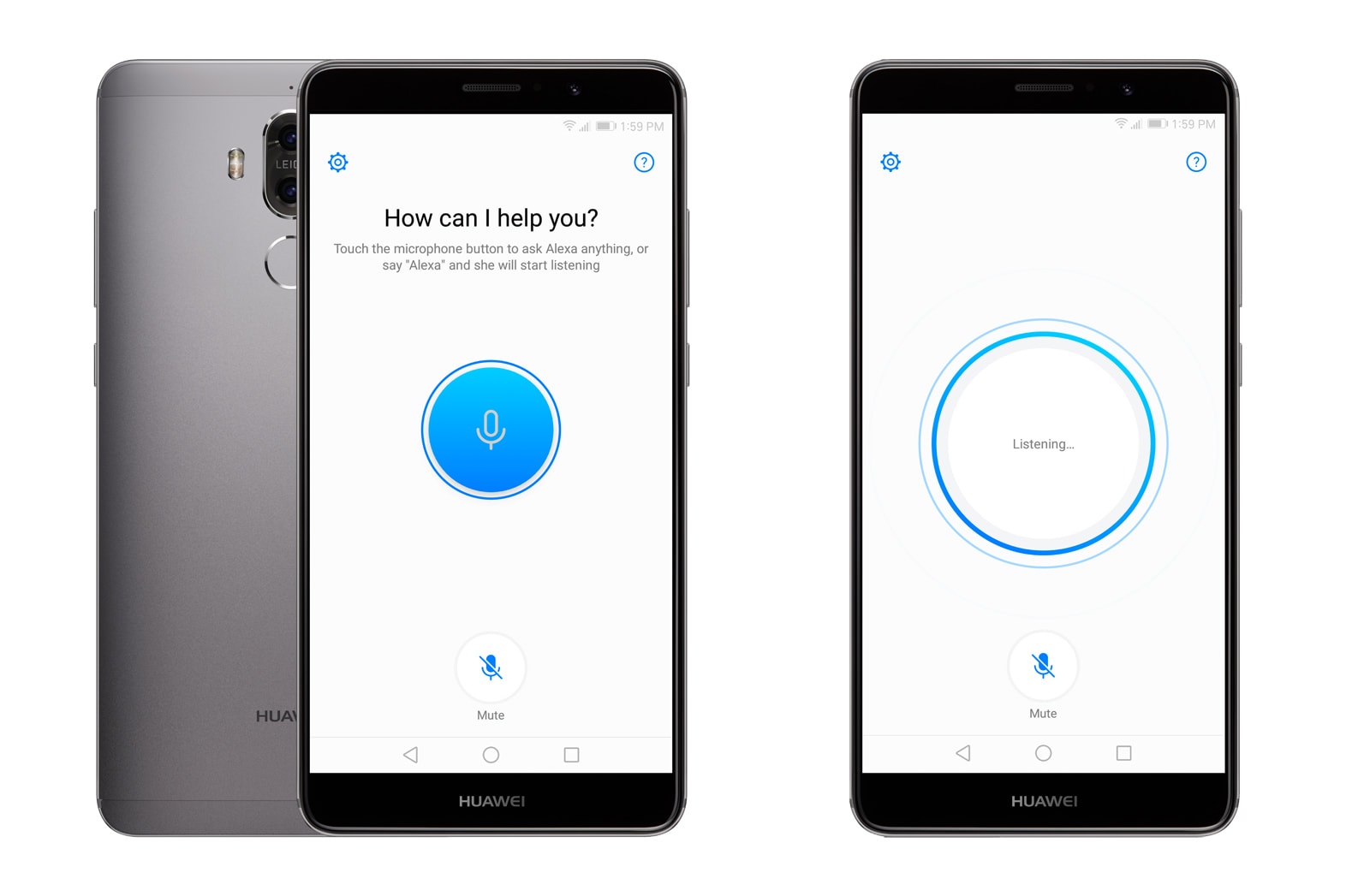 When we first learned that Huawei planned to bring Amazon's Alexa to its Mate 9 flagship, there weren't many details on what the execution would look like. All we really knew was that it would be rolling out via a software update to the phone, and that its availability would be limited. Today, Huawei has revealed just how the integration will work. Sadly, parts of this implementation don't make sense, with the most disappointing piece being that you have to press your phone at least once before you can talk to Alexa. That basically defeats the point of even having a voice assistant.

Before we get ahead of ourselves, here's how the feature will work. Starting today, the company will be rolling out updates over the air that push the Huawei Alexa app to Mate 9 owners in the US (those in other countries will have to wait, although it's not clear how long). You'll have to install that update as well as Amazon's own Alexa app to use the tool, as that's where your Amazon account information lives. Then, whenever you want Alexa to, say, help you order a new book or turn on your lights, you have to open the Huawei Alexa app and tap the round microphone button or say "Alexa" before speaking.

In a statement, Huawei described Alexa as a "primarily voice-driven experience, ideal for people on the go," so the lack of hotword support is confusing, if not frustrating. It's not as if Huawei wasn't able to create hotword shortcuts for its own "Okay Emy" tool in the past. The company said this is the way Alexa works "currently," although it did not say if that will change in the future.

Huawei's execution of an otherwise exciting feature is flawed, but having Alexa on your phone is still handy, considering the assistant's prowess at controlling smart home appliances and shopping. If you're disappointed with this news and want an alternative means of getting Alexa on a mobile device, there are also Alexa-powered smartwatches to consider.

Update: This article previously stated that you have to open the Huawei Alexa app, then tap the round microphone button before you can talk to the assistant. It has been corrected to reflect that you can also say "Alexa" after launching Huawei's app instead of pressing the button, too.

In this article: alexa, amazon, AmazonAlexa, DigitalAssistant, gadgetry, gadgets, gear, huawei, huaweimate9, mate9, mobile, personal computing, personalcomputing, smartphone
All products recommended by Engadget are selected by our editorial team, independent of our parent company. Some of our stories include affiliate links. If you buy something through one of these links, we may earn an affiliate commission.