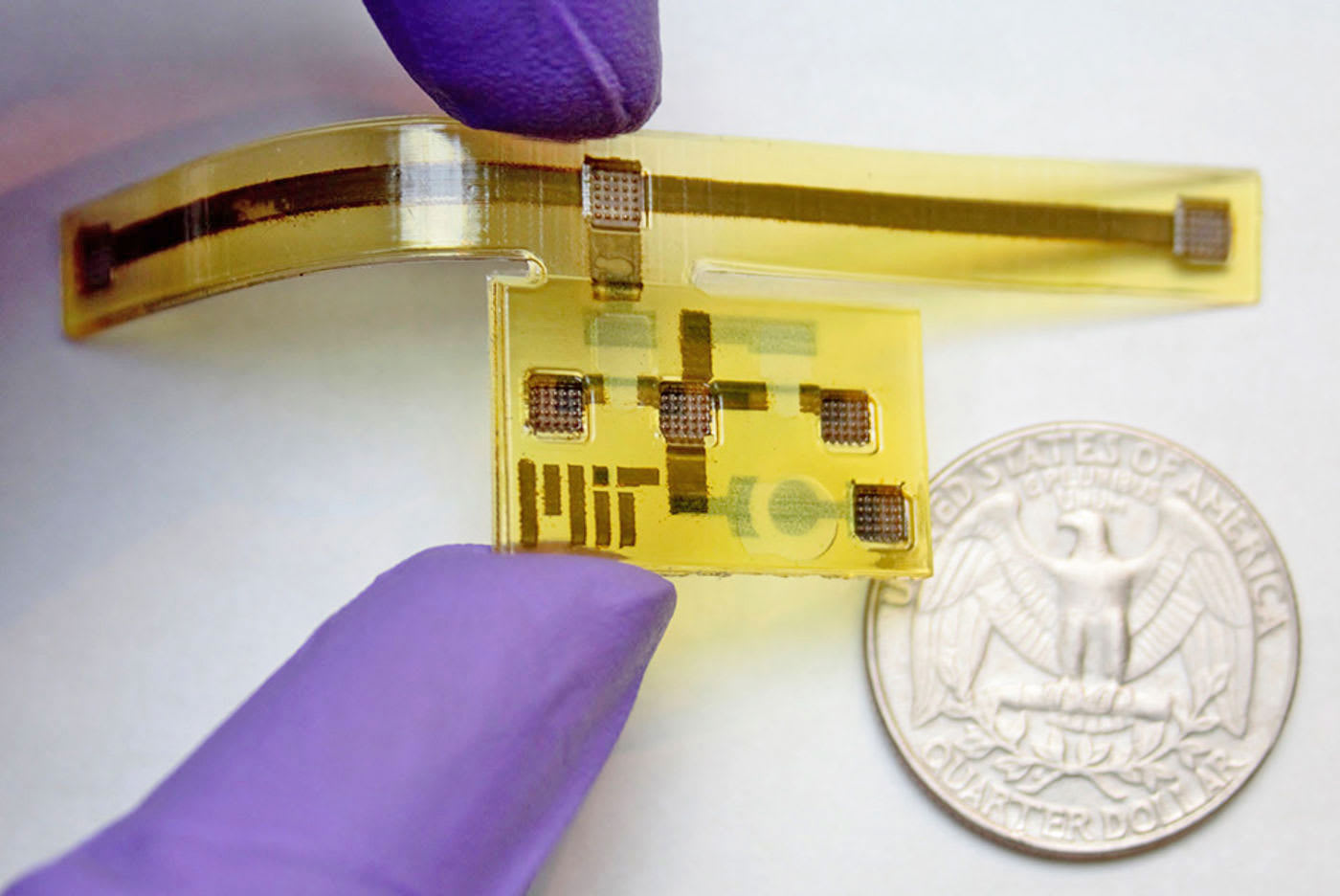 Someday, robots, planes, cars and other machines might have sensors all over their bodies, turning them into a huge touchscreen that recognizes your input. For that to happen, though, scientists have to develop sensor-rich robotic skin that can react to its environment, is affordable and is easy to make. That's what a group of MIT researchers want to achieve and the reason why they developed a device inspired by the golden tortoise beetle, an insect that changes color when poked.

To create their contraption, the team turned to 3D printing. They used a custom 3D printer called MultiFab to make the T-shaped gizmo, which has a small circular part that changes color when the T's crossbars stretch. MultiFab did everything, from printing the device's thin, sensor-laden plastic skin to depositing and curing the liquid that serves as its semiconductor.

The researchers discuss the whole creation process and its technical details on MIT's website if you want to know more. Take note that this is just an initial demonstration of the idea, though, and they plan to continue developing their technology. Bottom line is that printable electronic skins could lead not just to touchscreen everything. They could also give rise to devices with unusual structures, since they could be folded into complex 3D shapes. Some printable robots may even be able to assemble themselves, making them even more autonomous than anything we've ever seen before.

Source: MIT
In this article: MIT, printablerobotskin, robotics, robots, science
All products recommended by Engadget are selected by our editorial team, independent of our parent company. Some of our stories include affiliate links. If you buy something through one of these links, we may earn an affiliate commission.