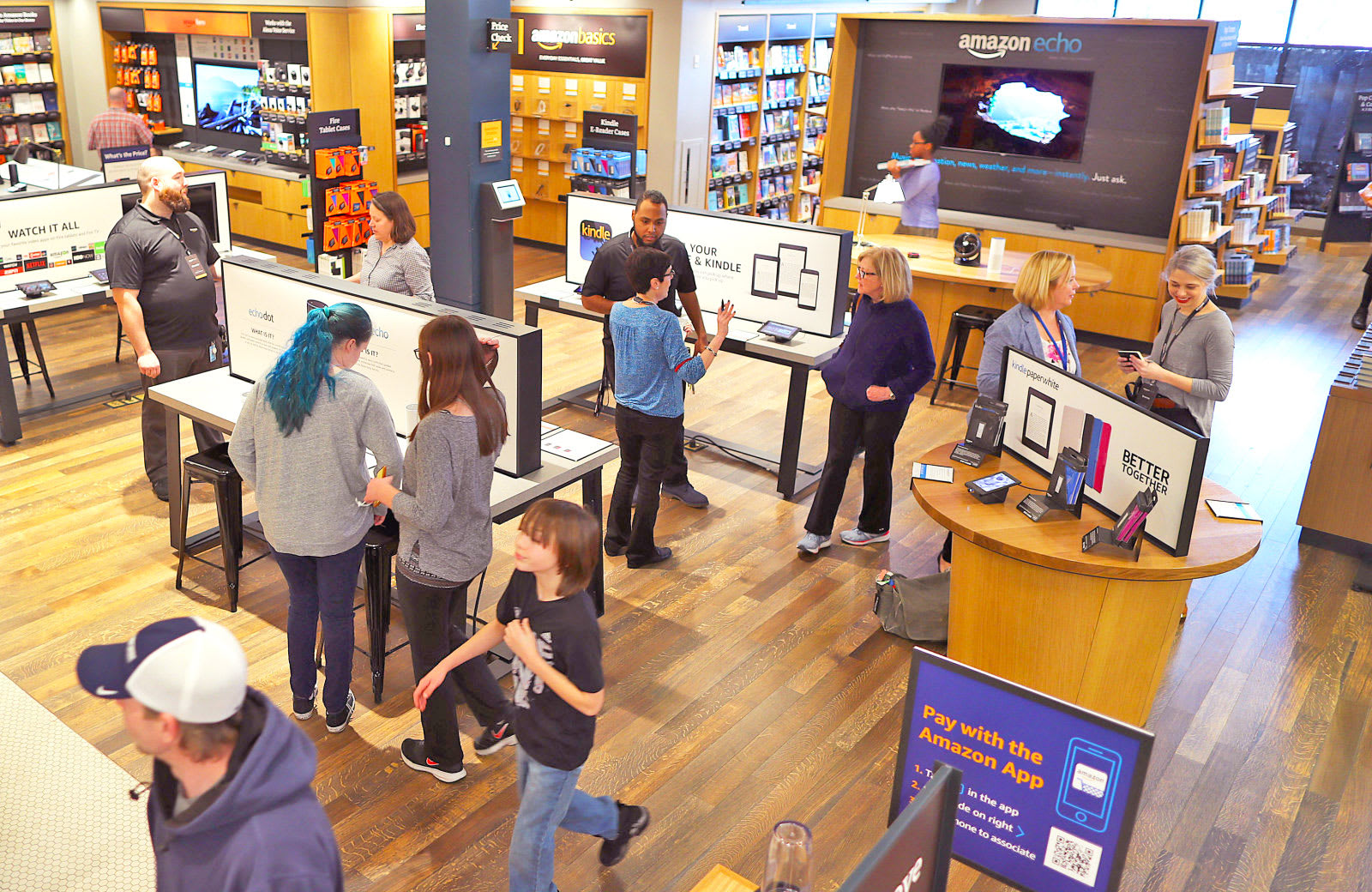 Amazon's retail plans could extend well beyond books and groceries. New York Times sources hear that the internet giant is "exploring" the possibility of appliance and furniture stores with a technological angle. You'd use augmented or virtual reality to see how items would look in your own home, making it easier to pull the trigger on that new couch or stove. And there's a chance that Amazon might challenge some of its tech rivals more directly in retail, too.

Reportedly, Amazon is mulling an electronics store that would be similar in concept to Apple's shops. While Amazon's bookstores already carry some of its devices, these would have a "heavy emphasis" on hardware and services like Echo speakers and Prime Video.

The Times is quick to point out that talking about stores isn't the same as definitive plans. There's a chance that Amazon will scrap the ideas if they prove to be unworkable. Even if that happens, this still shows just how much Amazon's philosophy has changed over the years. It was originally known for rendering physical stores obsolete -- now, it seems bent on reinvigorating retail by using its internet expertise as an advantage. The furniture and electronics stores in particular would represent an admission that shoppers still want hands-on time with products when possible, even if they're happy to purchase online.

Source: New York Times
In this article: amazon, appliances, augmentedreality, business, culture, electronics, furniture, home, retail, shopping, store, TL17AMAZSHP, virtualreality, vr, wearables
All products recommended by Engadget are selected by our editorial team, independent of our parent company. Some of our stories include affiliate links. If you buy something through one of these links, we may earn an affiliate commission.