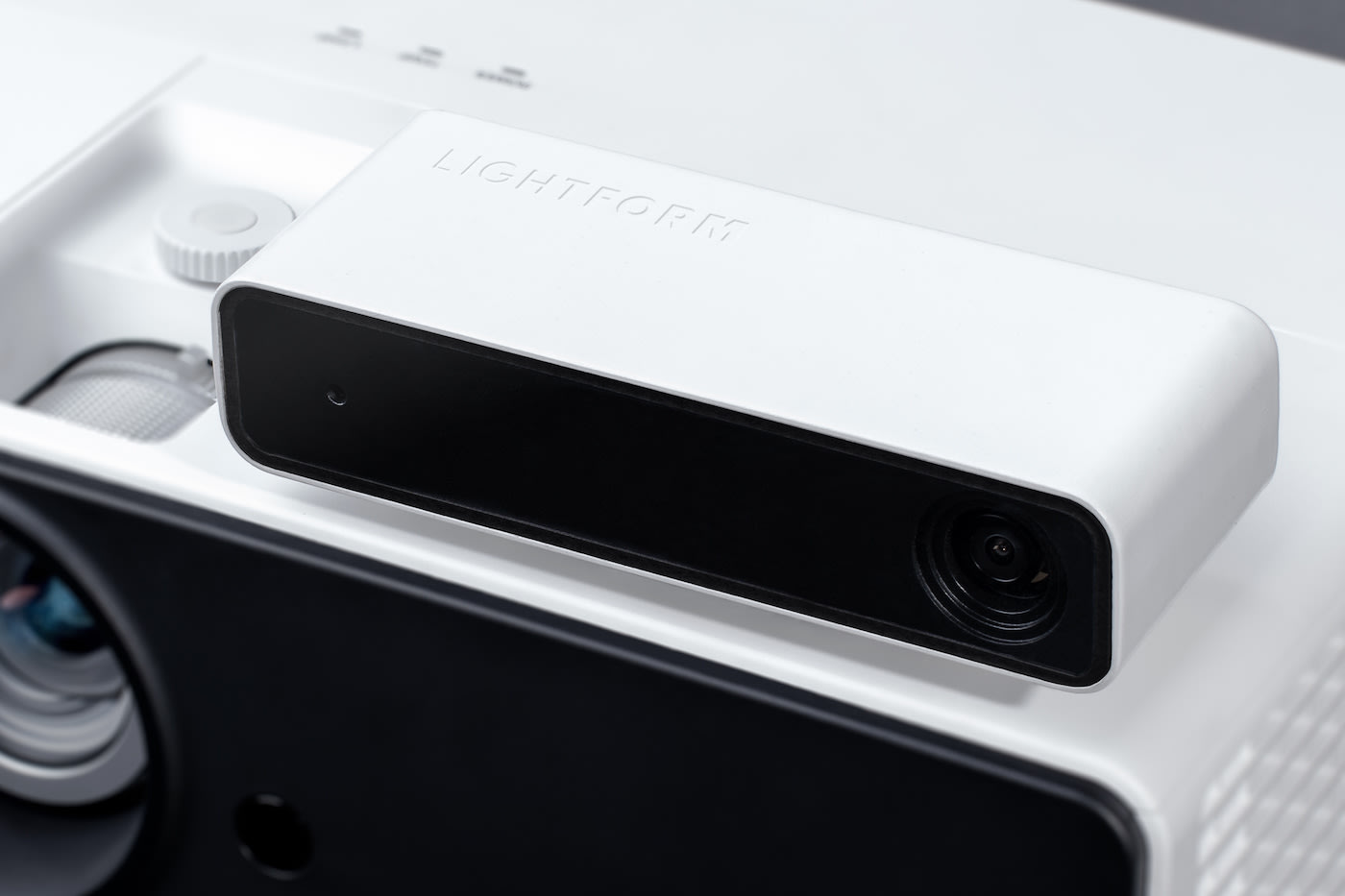 We've seen some really neat results when it comes to projection mapping -- especially from this year's SXSW -- but new tech from former Microsoft and Disney employees could change the game. Lightform takes tech like IllumiRoom and what Disney Research and Razer have worked on prior and amps it up. At its core, Lightform is a camera that hooks up to "any video projector" via HDMI and works in tandem with it to display complex, interactive scenes on every day objects. Yep, even houseplants.

"It's augmented reality without the headset," the press release reads. This is the same team behind IllumiRoom and RoomAlive, so it's not like these are grand claims without any proof to back them up. "We want to democratize the medium so it can be used anywhere across film, art, education, cultural exhibits, events, signage, home entertainment, weddings" and other applications. Currently, such tech is prohibitively expensive and has only been seen in concerts and commercial settings. That could soon change.

Maybe one of the coolest aspects is that it can automatically compensate for movement. Meaning, if the surface you're projecting on moves, the illusion isn't broken. The company says that via its desktop app, the software can start projecting "in seconds." That includes super-quick object scanning ("under a minute") and AI-generated effects and filters that don't require any design input from the user, it sounds like. Here's to hoping this doesn't turn out to be snake oil, because widespread interactive AR without wearing a helmet is the kind of future I can get behind.

The company told Engadget that versus realtime depth cameras like Kinect, Lightform's point clouds are in fact high resolution meshes, which allow for the types of projection mapping you can see above and below. Pre-orders open up this summer if you want to get in on the action. Should you get enough friends in on the pre-order action (by way of referral links) you can save as much as $200 off the price and early access to a beta version of the system.

CURRENTS from GMUNK on Vimeo.

Source: Lightform (1), (2)
In this article: AR, augmentedreality, av, disneyresearch, gear, illumiroom, lightform, microsoftresearch, projectionmapping
All products recommended by Engadget are selected by our editorial team, independent of our parent company. Some of our stories include affiliate links. If you buy something through one of these links, we may earn an affiliate commission.