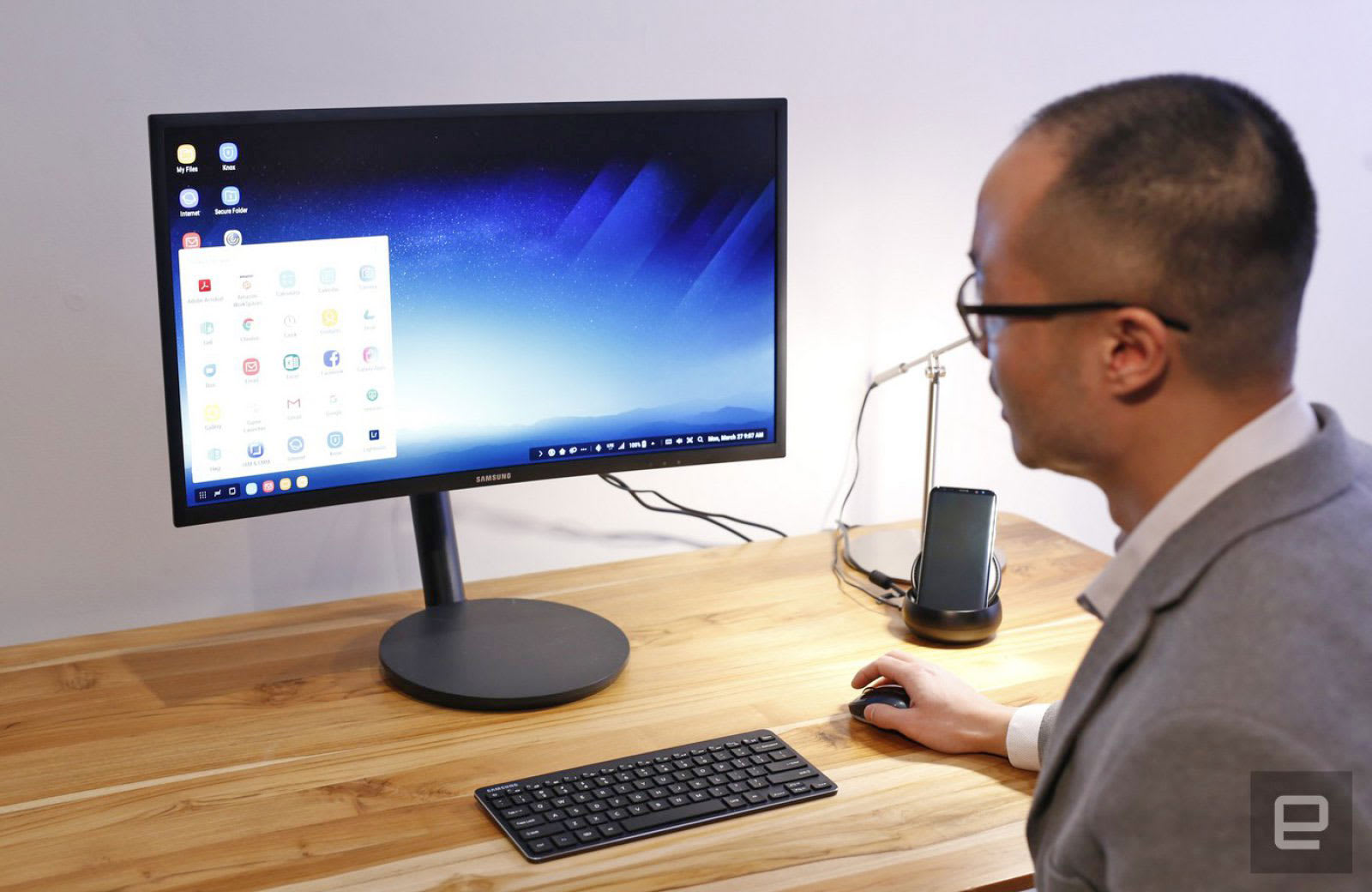 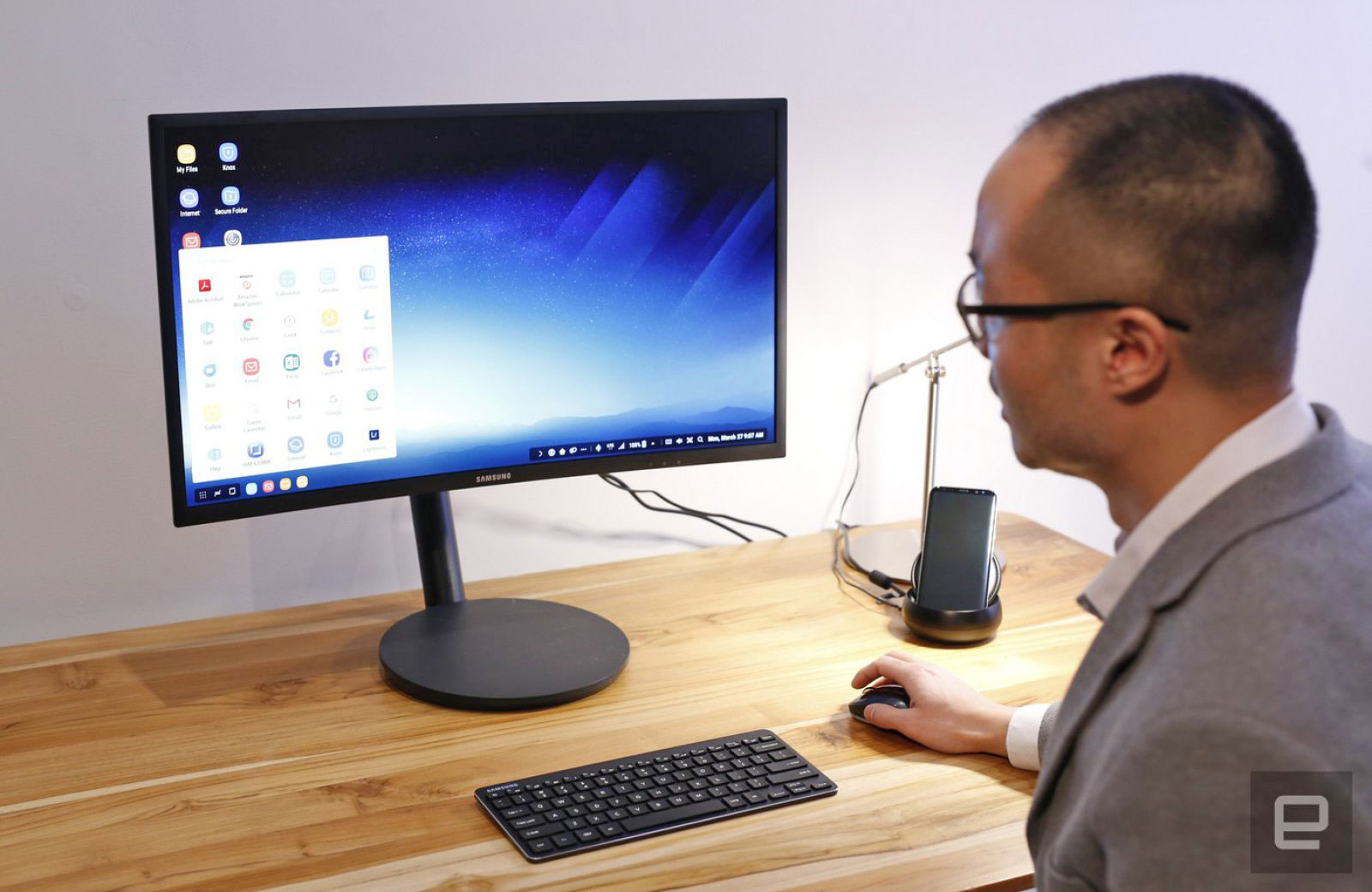 Samsung is entering an increasingly crowded club with its new Dex dock, which turns the Galaxy S8 into a pseudo-desktop replacement. It's an idea most recently pushed by Microsoft with Windows Continuum (as seen in HP's Elite X3 and the Lumia 950), but we've seen companies like Motorola experimenting with this sort of setup since the dawn of the smartphone age. The concept makes sense on paper: Our phones are getting more powerful, so why not figure out ways to turn them into full-fledged computers? But after seeing so many try and fail to do so, I have to wonder: Does anyone actually want this?

There's certainly something to the idea of finding new ways to use our phones. But given that the entire computing market is moving toward laptops and other portable devices, the prospect of developing a new spin on desktops seems inexplicably backward. I'm far more intrigued by the idea of sliding my phone into an ultraportable laptop case, as we've seen with the Miraxess Mirabook. Even Apple is considering ways to power laptops with iPhones and iPads, according to a recent patent filing. And if your work demands a bigger screen, it wouldn't be difficult to plug a laptop dock into a monitor or TV. 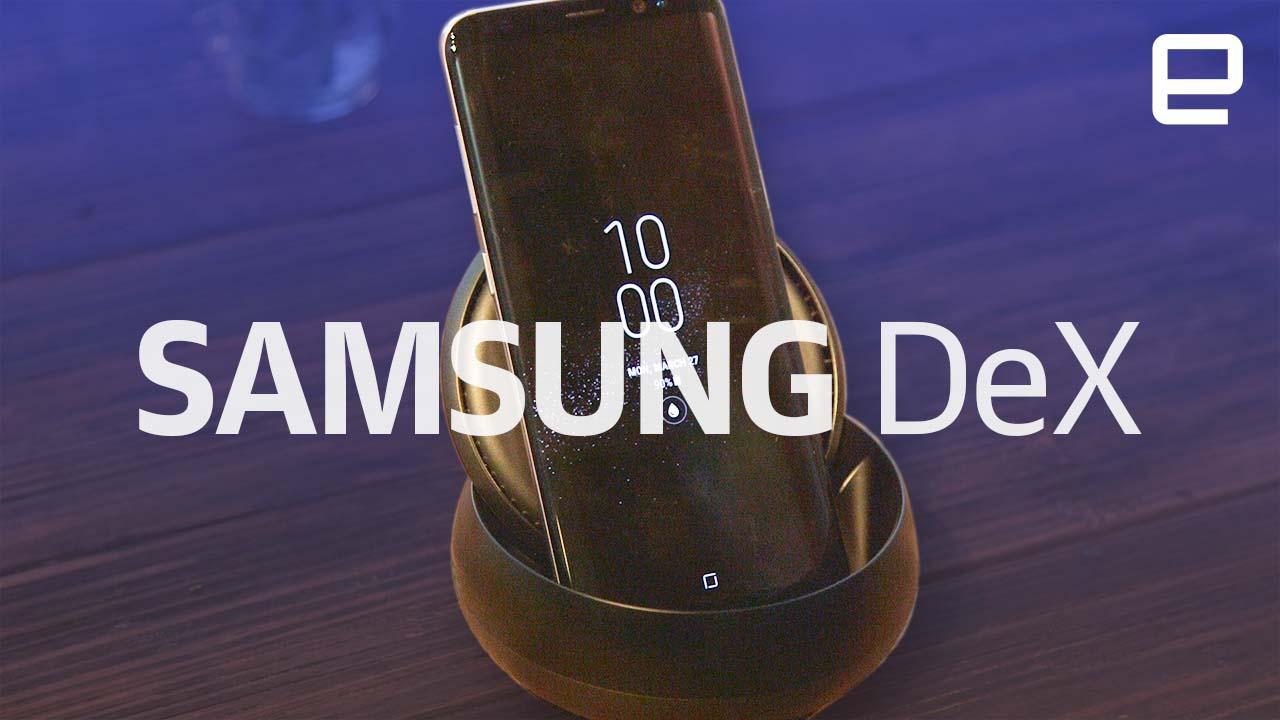 We've grown so used to bringing our computers everywhere that the mere idea of a desktop dock feels archaic. After all, doing so involves keeping a keyboard and mouse on hand to get any work done. And since most sane people won't carry those accessories around, the docks will likely just sit in a single location next to a monitor. At that point, doesn't it make more sense to invest in an actual inexpensive desktop? There are also plenty of viable mini-PC options on the market, like Intel's Compute Stick (which now starts around $120!).

You likely won't save much money by investing in the Dex dock either. Samsung hasn't revealed its final pricing yet, but leaked documents suggest it could land somewhere around $150, which practically dooms it to obscurity. It'd be another story entirely if Samsung included the Dex with every Galaxy S8 -- the sort of risk gadget makers will have to take if they actually want this concept to succeed.

Our reviews editor Cherlynn Low was mostly pleased with the Galaxy S8's performance in the Dex dock. It's powered by a speedy Snapdragon 835 processor and 4GB of RAM, so it makes sense that it would keep up with basic multitasking. Samsung also worked together with Microsoft to make sure that its Android Office apps performed smoothly. At the end of the day though, you're still stuck with an Android desktop. You won't be able to do nearly as much with the Galaxy S8 and Dex as you would with a full-fledged Windows PC.

In the end, the Dex dock seems like an intriguing first step for Samsung, but it doesn't do much more than earlier attempts. The bigger problem? Like other companies entering this market, Samsung has failed to answer why, exactly, we need a phone that mimics the dying desktop computing experience.

In this article: editorial, gadgetry, gadgets, GalaxyS8event, gear, mobile, samsung
All products recommended by Engadget are selected by our editorial team, independent of our parent company. Some of our stories include affiliate links. If you buy something through one of these links, we may earn an affiliate commission.