One of the most useful things that Facebook has done with Oculus is (ironically) make it work on Samsung's GearVR and host 360 degree photos and videos that users can check out on the headset. The social network has now expanded that idea greatly with the wide launch of Live 360, a VR-like way for users to stream and consume live content. Provided you have the tech and bandwidth, the new app gives "your audience a chance to be in the moment through both place and time," Facebook says.

If you have Samsung's latest Gear 360 2017, the Insta360 Nano and Air (below) or professional models including Nokia's Ozo, Live 360 works much like Facebook Live. You just hook up your camera to the phone as per the manufacturer's instructions, pick your streaming audience, add a description and go live. On the other end, your friends can see the video from all directions by rotating their phones, or better yet, view it properly on a headset like the GearVR, Oculus Rift or Google's DayDream. 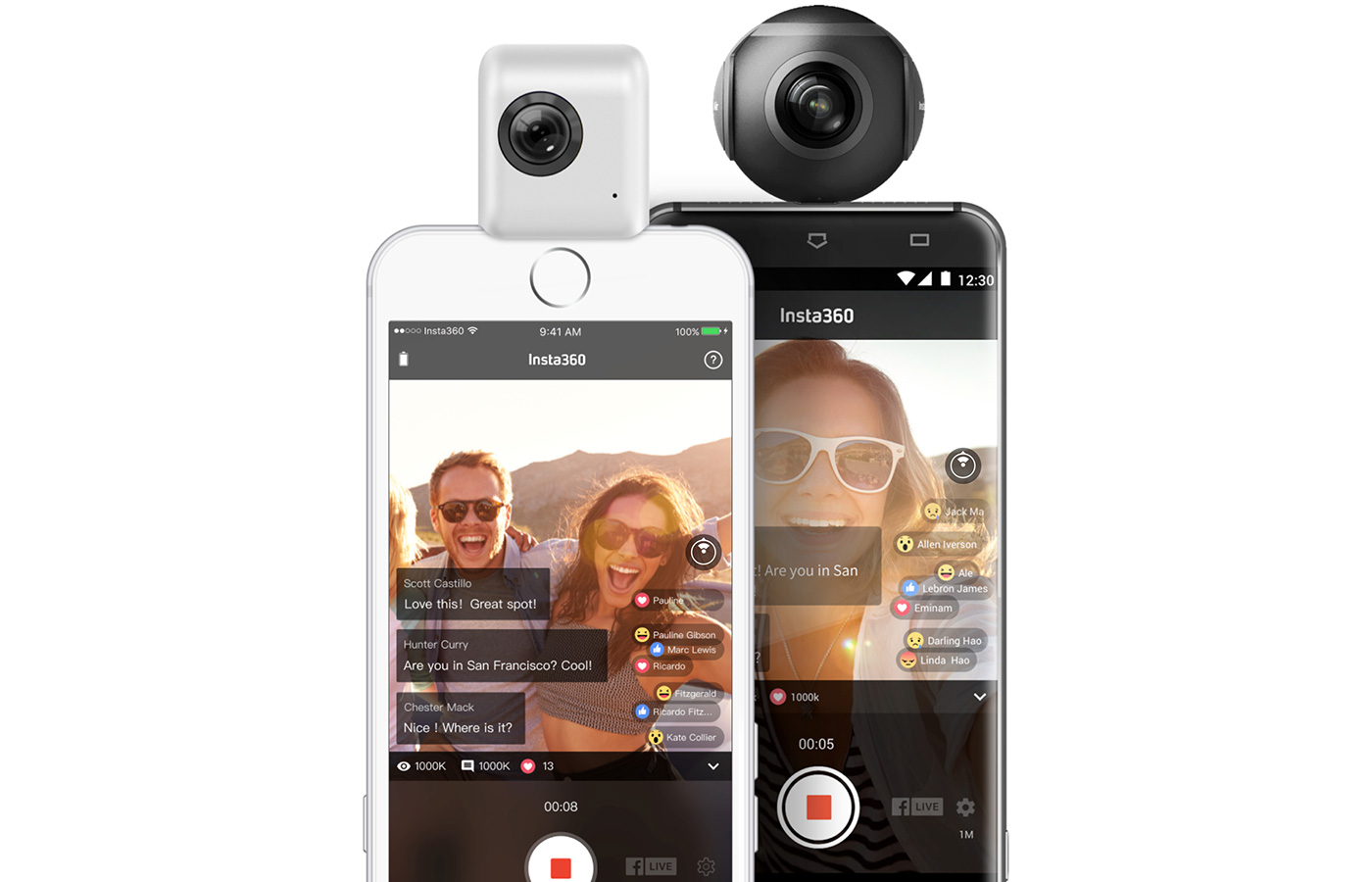 To make the experience even more real, Facebook introduced spatial audio, "which gives viewers the ability to experience 360 degree sound just as they would in real life." The tech will work with upcoming cameras, or you can do it record it manually using an ambisonic microphone.

If all this sounds a bit tricky, Facebook has created a Live 360 guide with tips on how to film. It recommends, for instance, that you have at least a 4 Mbps network connection and advises you to keep subjects within 20 to 30 feet from the camera so viewers can see them. (You can learn more about spatial audio via a support group for a software app called Spatial Workstation.)

On top of the two cameras mentioned, Facebook also supports the Giroptic IO, Allie Camera, and Z Cam S1. With some tweaking, you might be able to get other cameras working too, according to the guide.

Source: Facebook
In this article: av, broadcast, cameras, entertainment, facebook, FacebookLive, Live360, NokiaOzo, SamsungGear360, SpatialAudio, Streaming
All products recommended by Engadget are selected by our editorial team, independent of our parent company. Some of our stories include affiliate links. If you buy something through one of these links, we may earn an affiliate commission.